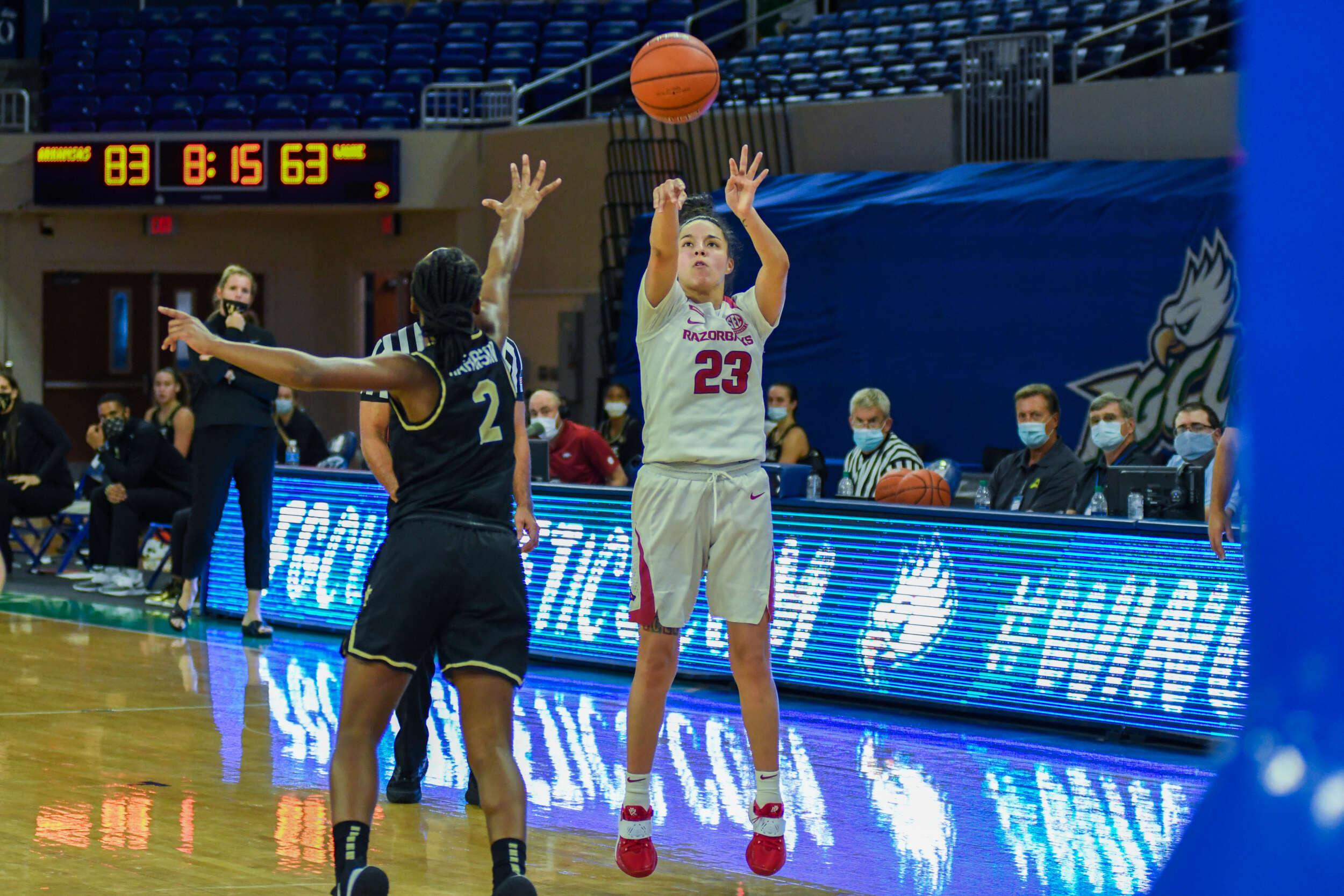 Redshirt senior guard Amber Ramirez bounced back in a big way for the Hogs, going for 22 points on nine of 11 shooting, including four of six from beyond the arc. This comes on the heels of hitting only one of 10 shots in her first game of the 2020-21 season. Sophomore guard Makayla Daniels once again scored in double figures, going for 18 points. She also led the team with five assists.

Arkansas and Wake Forest were in a tight game all the way through halftime, as the Hogs took a narrow two point advantage into the intermission. The Demon Deacons were playing well, as they shot more threes (6) and free throws (6) than the Razorbacks did in the first half. The Hogs were also dealing with foul trouble, as Taylah Thomas, Destiny Slocum, and Ramirez all had two fouls, while Daniels had picked up three before the break.

However, Head Coach Mike Neighbors’ team exploded in the third quarter, using a lightning-quick 9-0 run early in the frame to create some separation. When all was said and done in the record-setting third quarter, the Hogs would turn a two-point halftime advantage into a 79-58 third quarter lead.

The Razorbacks’ second game in Fort Myers comes against the host, Florida Gulf Coast. That game will tip at 1:30 CT, and it will be streamabale on FloHoops.