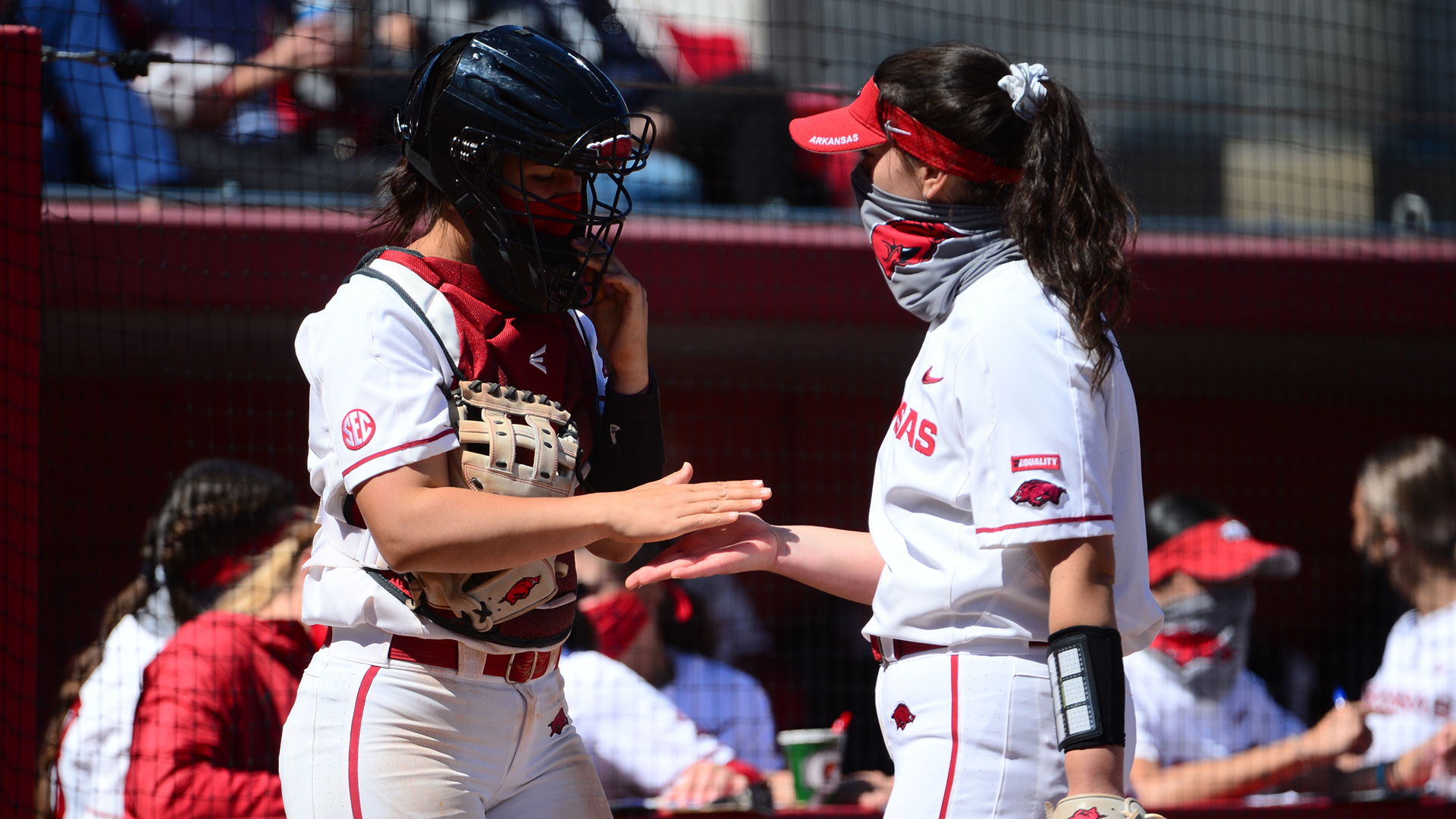 No. 15 Arkansas Improves to 9-0 in SEC Play, Sweeps Mississippi State

FAYETTEVILLE, Ark. – Tied at 2-2 in the bottom of the fifth inning, infielder Braxton Burnside whacked a two-run home run to right field, her 17th of the season, catapulting Arkansas to a 4-3 win and a series sweep over Mississippi State on Sunday afternoon. Burnside tied Nicole Schroeder’s (2017) school single-season home run record and helped the Razorbacks (28-3, 9-0 SEC) improve on the program’s best start to conference play.

Arkansas played from in front, scoring a single tally in the second inning. Catcher Kayla Green was hit by a pitch and advanced to second on a wild pitch. Outfielder Aly Manzo followed, singling her home on a base hit past the outstretched glove of the Mississippi State shortstop.

Mississippi State (15-14, 0-9 SEC) responded in the top of the third, grabbing a 2-1 lead on a two-run homer, but Arkansas scored again in the bottom half, evening the score at 2-2. After outfielder Sam Torres singled and outfielder Hannah McEwen walked, the Razorbacks pulled off a double steal and Torres crossed the plate on an errant throw to left by the Bulldogs catcher.

A two out rally in the fifth proved to be the difference as McEwen doubled and Burnside smashed her dinger, making the score 4-2 and providing a necessary insurance run. Mississippi State hit their second home run of the game, a solo shot in the sixth, to slice into the deficit at 4-3.

Pitcher Mary Haff (17-2) was victorious yet again for the Hogs, and in the complete game effort allowed four hits with nine strikeouts. She struck out five in a row over the fourth and fifth innings. Her 17 wins this season are tied for ninth-most in program history alongside Miranda Dixon (2009). Haff owns the program record with 29 wins in the 2018 campaign.

The Razorbacks travel to Auburn for a three-game series from Thursday, April 1 through Saturday, April 3.