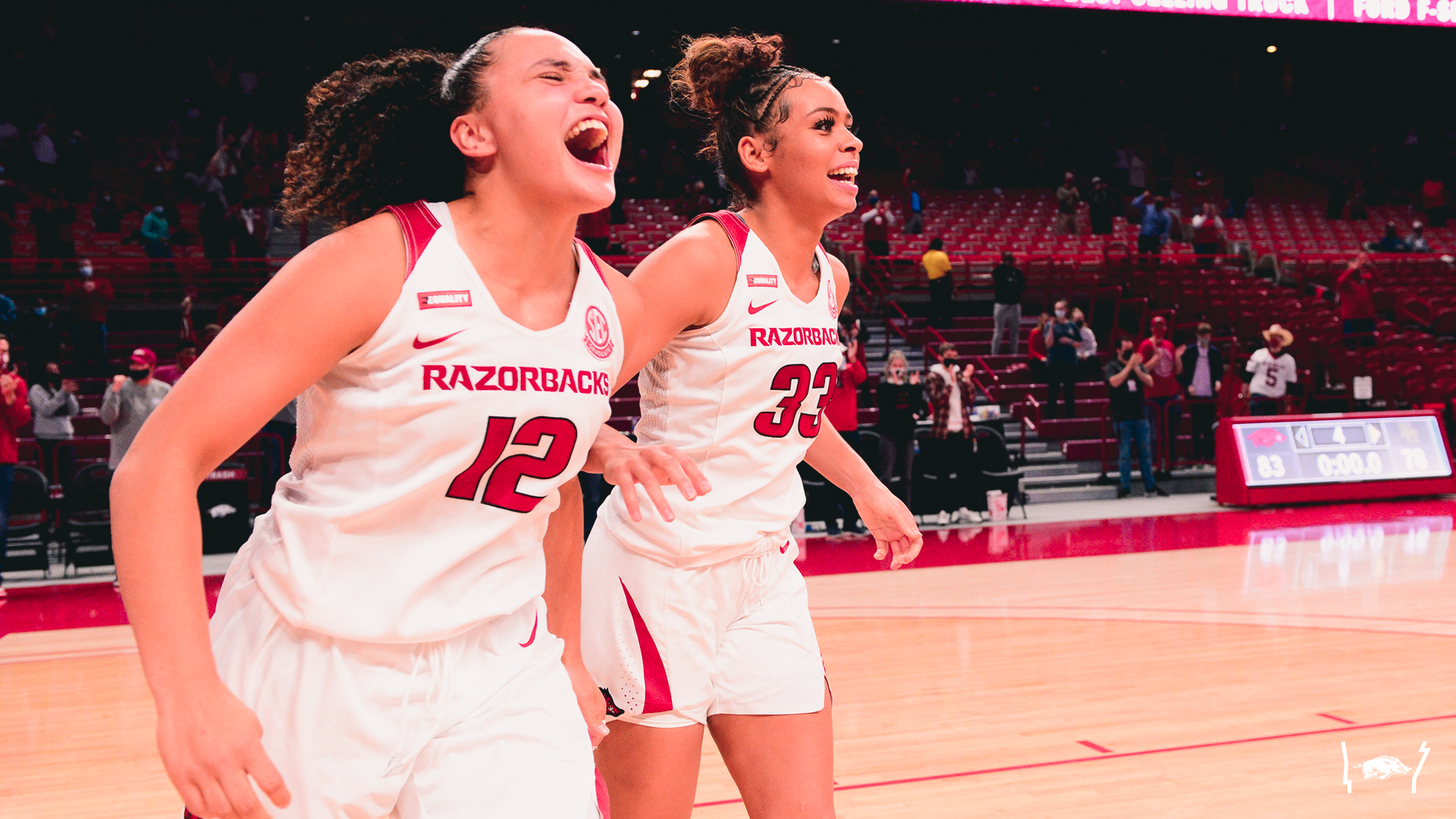 Redshirt senior guard Amber Ramirez was sensational for Arkansas in the win, scoring a team-high 23 points, 16 of which came in the second half. Redshirt senior guard Chelsea Dungee was also sublime, scoring 22 points, while hitting 10 of her 12 free throws on the night. The lead guard duo of Makayla Daniels and Destiny Slocum also got into double-figures, going for 16 and 14 points, respectively.

The Hogs and Bears battled throughout this game, as neither team was able to build a lead greater than 10. However, the Hogs were able to gain a little separation late in the game that would help them hold on, as a 13-0 run to close the third period would turn a five-point Hog deficit into a eight-point advantage. Ramirez and Dungee led the charge on the run, combining for nine of the 13 points during the surge.

The Lady Bears showed their championship mettle in the fourth though, as they refused to go away down the stretch.  A bucket from Dijonai Carrington, who scored a game-high 24 points, brought Baylor back to within two, as they trailed 78-76 with 3:06 to play. The Hogs would respond, though, going on a 5-2 run to close the reigning champs out, getting clutch free throws from Dungee and Ramirez.

Arkansas hits the road, as the Hogs travel to Texas to play at SMU. That game is set to tip at 7 p.m. CT on Wednesday.