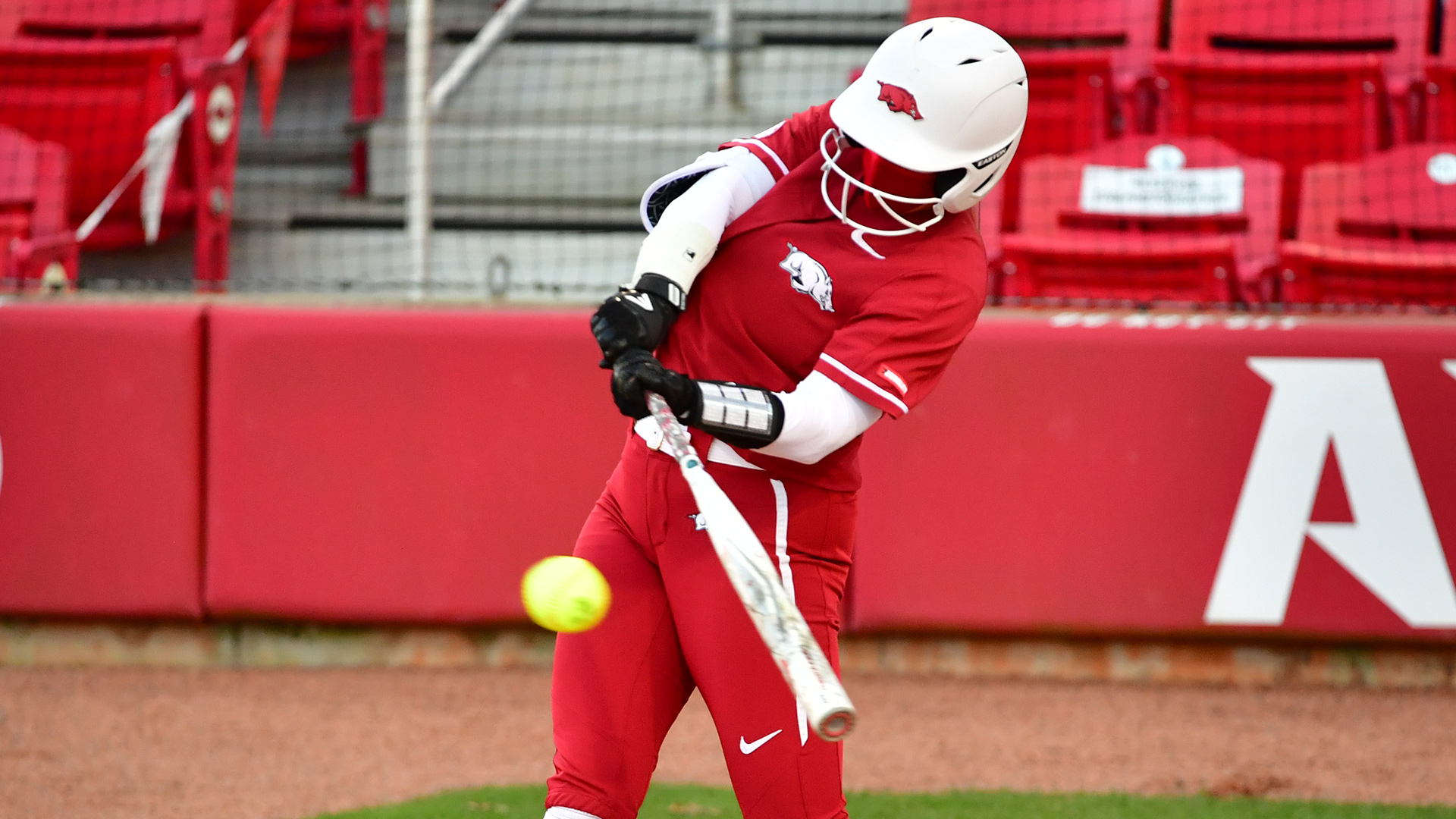 FAYETTEVILLE, Ark. – The No. 17 Arkansas softball team scored four runs in the first three innings and never looked back as it defeated Ole Miss, 5-1, in game one of a three-game SEC series at Bogle Park on Friday night. Pitcher Mary Haff did not allow an earned run and recorded her nation-leading 13th win of the season, and the Razorbacks (21-3, 4-0 SEC) moved to 4-0 in SEC play for the first time since 2009.

With one out in the bottom of the second inning, designated player Linnie Malkin cracked a double to right center, becoming the first Razorback batter to reach base. Cally Kildow pinch ran for Malkin at second, and after taking third on Aly Manzo’s groundout to the pitcher, scored on infielder Valerie Ventura’s two out spinning infield single to short, grabbing a 1-0 advantage.

The Razorbacks posted a three-run third and took control of the game as outfielder Hannah McEwen doubled in a run, infielder Danielle Gibson singled in a run and Manzo plated a run via an error. Infielder Keely Huffine and outfielder Sam Torres’ back-to-back singles to lead off the frame started the big inning.

Gibson tied Kentucky’s Mallory Peyton for the SEC doubles lead, smacking her 11th two bagger of the campaign to right to lead off the fifth, and was immediately driven home on catcher Kayla Green’s single down the left field line, giving Arkansas a 5-0 lead.

Ole Miss (18-8, 3-1 SEC) tallied a lone unearned run in the top of the sixth after a two-base error, a base hit and a sacrifice fly.

Haff (13-2) scattered seven hits, which included just one extra base hit, across 7.0 innings. The redshirt junior allowed one unearned run and struck out four with one hit by pitch. Anna Borgen (6-1) lost for the first time this season, tossing 4.0 innings and allowing five runs (four earned) and eight hits while striking out two. Ava Tillman tossed 2.0 scoreless relief innings for the Rebels.

Arkansas outhit Ole Miss, 10-7, with each of the top three hitters in the lineup, Torres, McEwen and Gibson, recording a two-hit game. The Razorbacks won their first game of the year without hitting a home run. Each team committed one error and left seven runners on base.

The middle game of the series is set for 1 p.m. tomorrow, March 20.