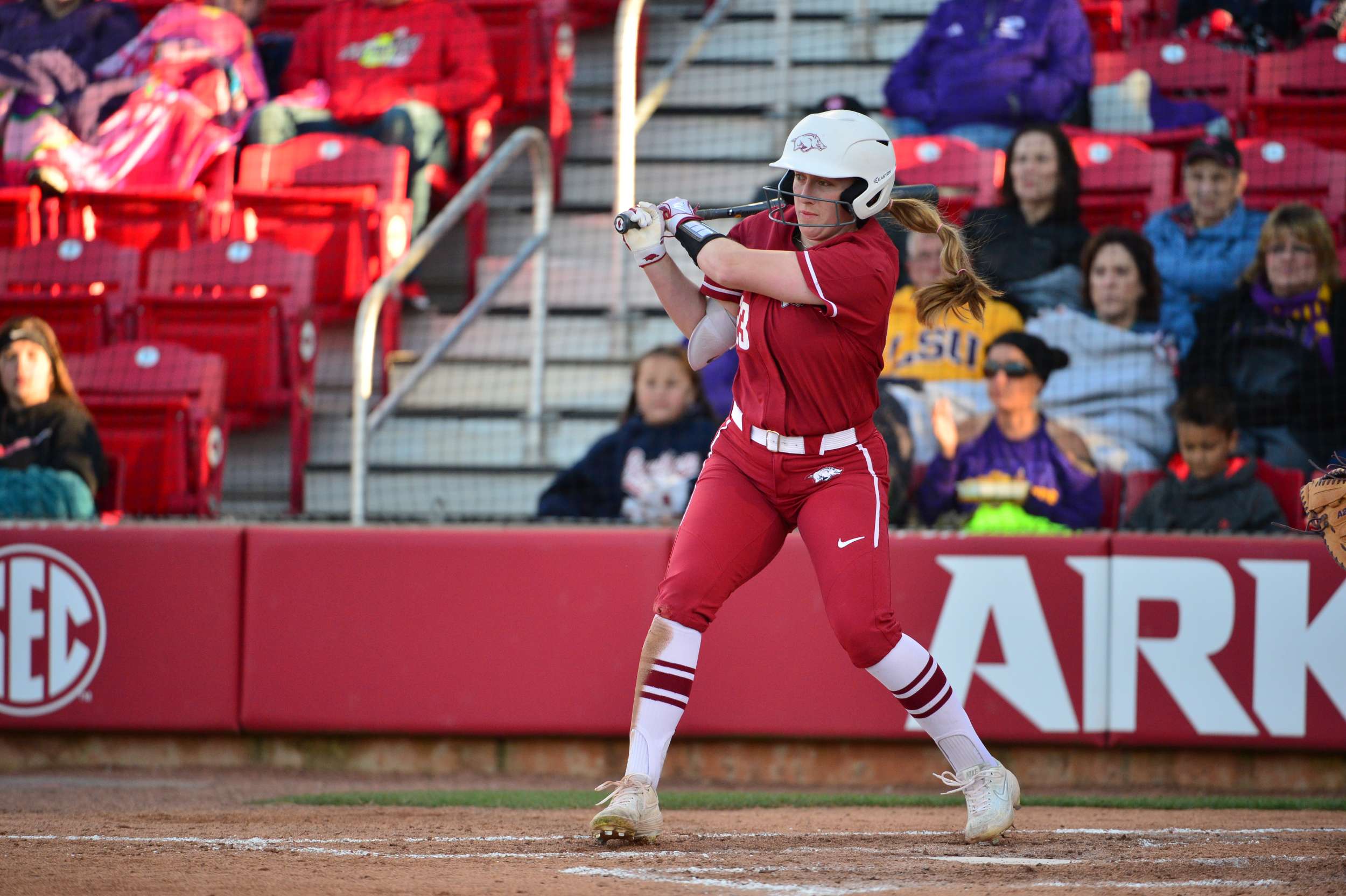 No.19 Arkansas Run-Rules No.9 LSU to Secure the Series

FAYETTEVILLE – Sophomore Hannah McEwen went 4-for-4 at the plate on Friday night (April 19), as No.19 Arkansas needed only five innings to defeat No.9 LSU, 11-1. McEwen recorded four singles in the victory, driving in three runs as the Razorbacks recorded their eighth consecutive win.

McEwen was a part of an offense that scored seven runs in the first inning alone, the most in a single inning by the Razorbacks this season. It’s the second time this season McEwen recorded a four-hit performance and the 14th time she finished with multiple hits.

Arkansas (34-14, 8-9) rolled into the bottom of the inning already trailing by one, but the Razorback bats came live quickly and early, taking the lead with a home run by senior Ashley Diaz to go ahead, 2-1.

The lineup stayed hot throughout the night, as four more Hogs scored when Arkansas batted around for the second time in three innings. Sophomore Danielle Gibson connected on the 1-1 pitch and sent it over the right-field wall for her 11th home run of the season.

After allowing the single run in the first, junior Autumn Storms and the Razorback defense held strong, keeping LSU scoreless. In fact, not a single Tiger would make it safely to third base for the remainder of the contest.

Keep Up with the Hogs

The Hogs and Tigers will play on Saturday for the series finale at 1 p.m. (CT). The game will air live on ESPNU and stream on the WatchESPN app. Jenn Hildreth and Jenny Dalton-Hill on the call. Arkansas has only three conference series remaining, with a road series to follow next weekend (April 27-29) at Texas A&M and the final home series of the season against Auburn (May 3-5).