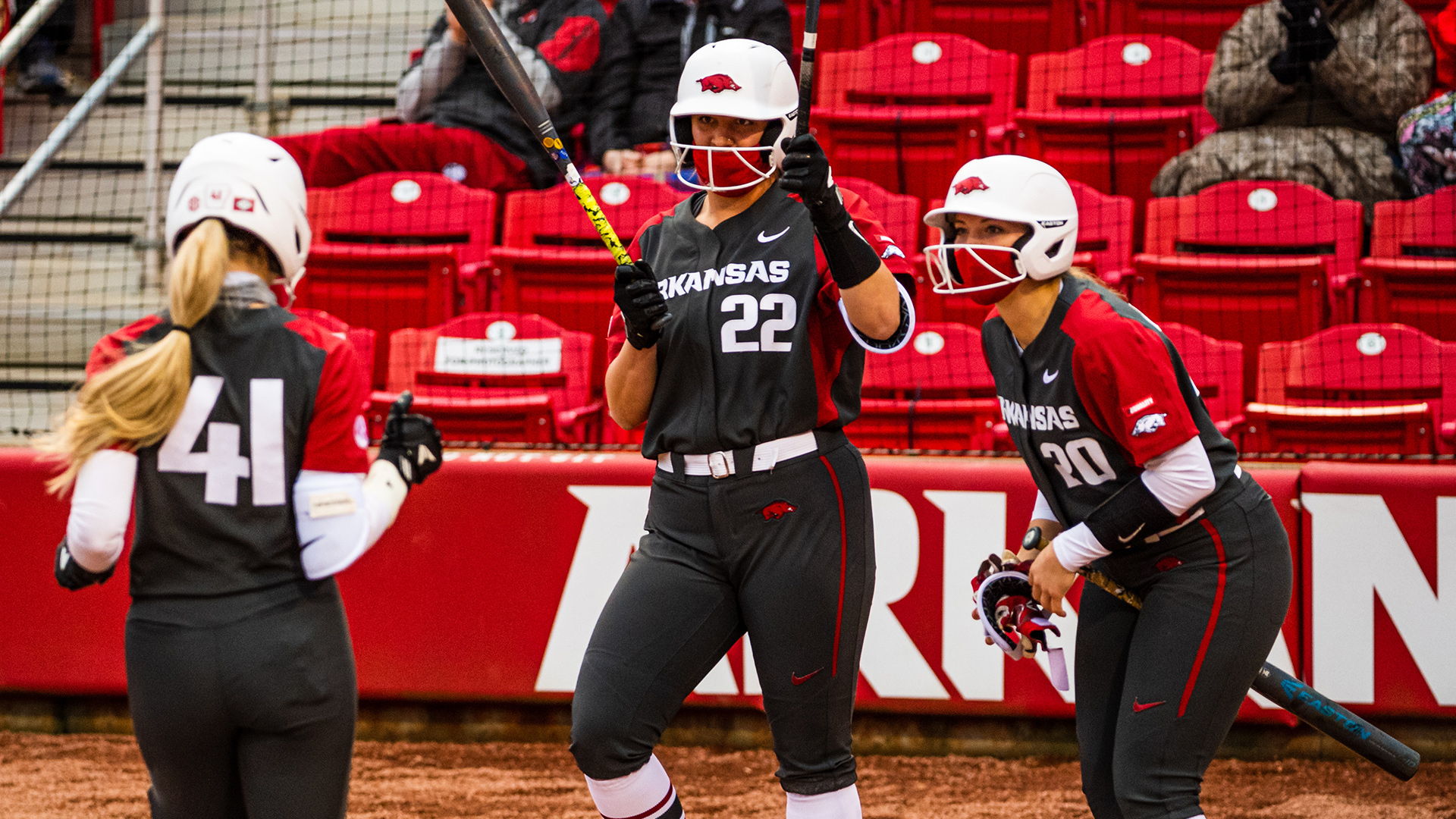 No. 19 Hogs Sweep Opening SEC Series at No. 20 South Carolina

COLUMBIA, S.C. – For the first time since 2009, No. 19 Arkansas swept an SEC series on the road as it won the weekend finale, 3-2, over No. 20 South Carolina in Columbia on Sunday afternoon. Two Razorback (20-2, 3-0 SEC) home runs by infielder Braxton Burnside and outfielder Linnie Malkin proved to be the difference in the team’s 19th straight win.

Outfielder Sam Torres took a four pitch walk to leadoff the game, and on the fifth pitch delivered by South Carolina starter Kelsey Oh, Burnside smashed a two-run dinger to dead center, giving Arkansas a 2-0 lead. The Paragould, Ark. product homered four times in the series and has totaled 15 bombs this season, which is tied for second-most in a single-season in school history. Throughout the year, Arkansas has outscored its opposition, 37-6, in the first inning.

Much like it has all series South Carolina fought back, tying the game at 2-2 in the bottom of the third on a two-run double to left.

Malkin gave Arkansas all in it needed in the top of the fourth, launching a no-doubt solo homer to left for her ninth bomb of the campaign. The Hogs loaded the bases in the fifth on Torres’ single and walks issued to Burnside and infielder Danielle Gibson, but struck out twice, leaving the bags full.

The Gamecocks (13-6, 0-3 SEC) put a runner in scoring position in the bottom of the fifth, but never threatened beyond that as Mary Haff closed the door in the final two innings.

Redshirt freshman hurler Jenna Bloom (4-1) recorded the first SEC win of her career and tossed 4.1 innings allowing four hits, two earned runs and three walks with three strikeouts. Haff did not allow a batter to reach base over 2.2 innings of relief and recorded eight outs on just 17 pitches to earn her second save of the year. Haff struck out two and lowered her season ERA to 0.90. Oh (1-4) was the loser going 4.0 innings and allowing all three runs.

Arkansas returns home to Bogle Park at 6 p.m. on Tuesday, March 16, for a single non-conference game against Liberty.