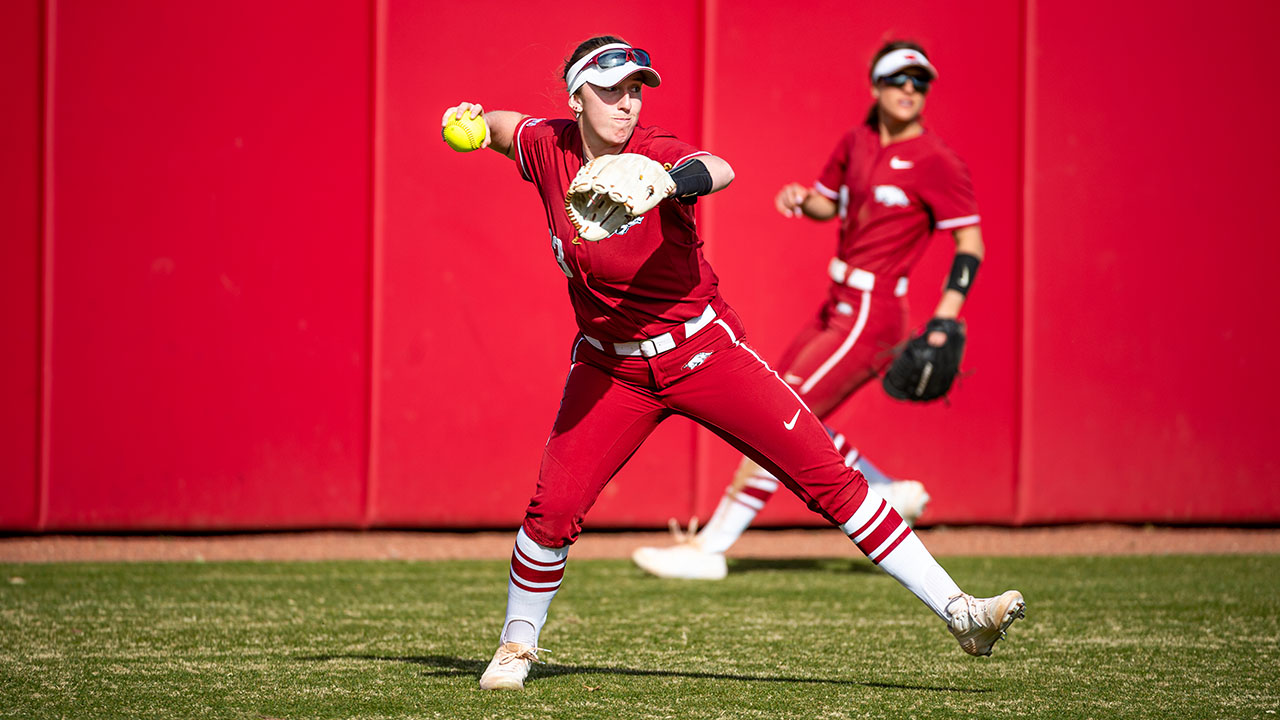 No. 20 Arkansas Bested by No. 9 Alabama in Series Finale

TUSCALOOSA, Ala. – The No. 20 University of Arkansas softball team fell in the rubber match of a three game SEC series to preseason conference favorite No. 9 Alabama, 9-1, in six innings at Rhoads Stadium on Sunday afternoon. The Crimson Tide (14-8, 2-1 SEC) used two crooked run innings to create separation and outhit the Razorbacks (17-6, 1-2 SEC), 11-4.

Arkansas failed to capitalize in the first inning after loading the bases with nobody out. Junior Hannah McEwen drew a lead off walk for the third straight game and junior Braxton Burnside reached on an error. Senior Ryan Jackson loaded the bases by reaching on a fielder’s choice on a ball hit toward short. The next two hitters lined out into a double play and popped out to end the side.

The Crimson Tide captured the momentum of escaping the jam in the field and turned it into a run at the plate. Two singles setup a sacrifice fly and gave Alabama a 1-0 edge after the first inning. The Razorbacks responded to tie the game in the top of the second. On the ninth pitch of the at bat, senior Sydney Parr shot a one out double to left center and with two outs redshirt freshman Valerie Ventura blooped a single down the leftfield line to score the lone Razorback run.

McEwen went 2-for-2 with a walk to lead the Arkansas offense.

Lexi Kilfoyl (6-4) threw all six innings for Alabama and surrendered one earned run with two walks and two strikeouts.

The Hogs step out of conference play as they host Kansas for a doubleheader on Tuesday, March 10 beginning at 3 p.m. inside Bogle Park.