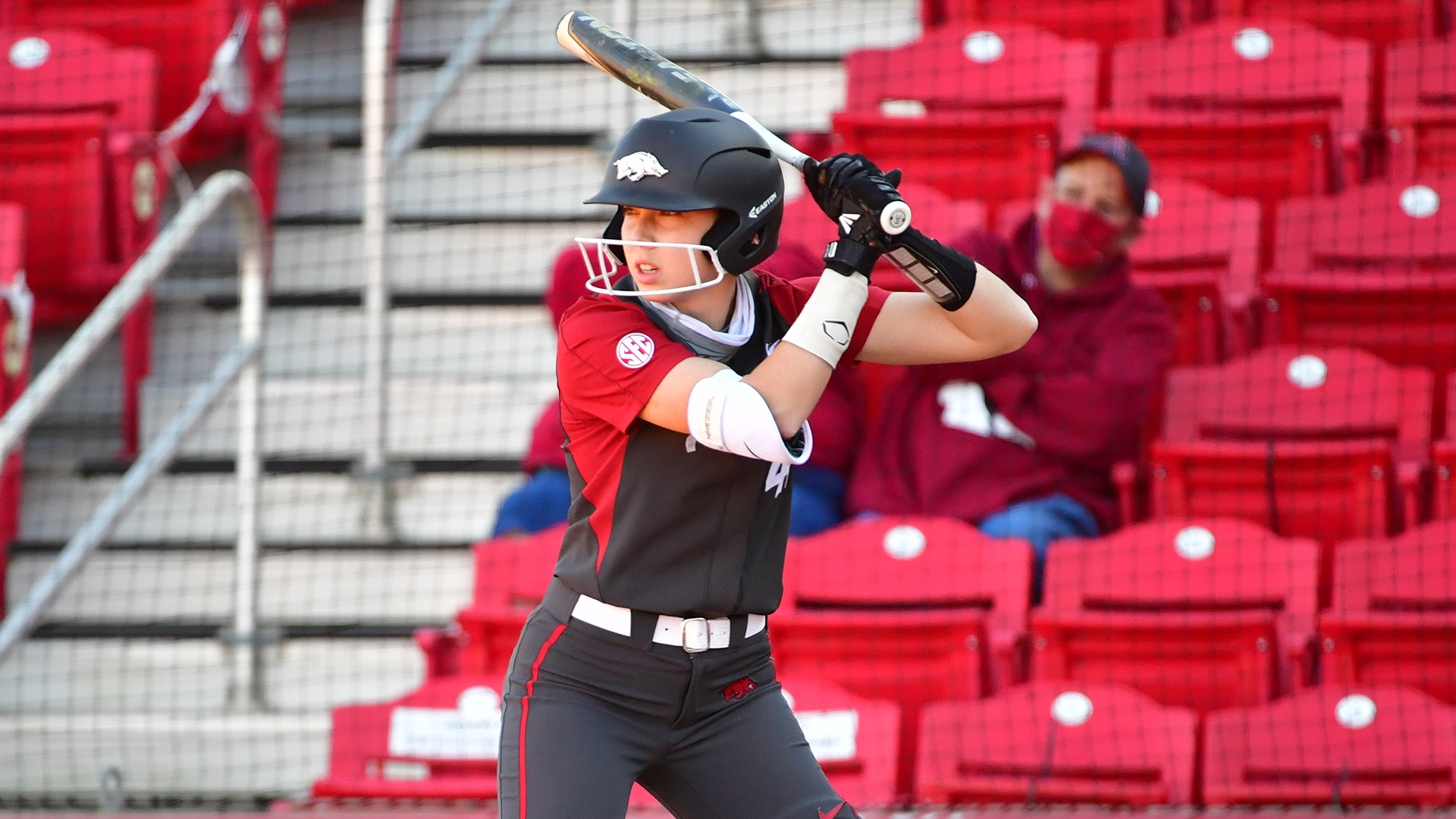 FAYETTEVILLE, Ark. – Hitting four home runs, the No. 20 Arkansas softball team coasted to its 15th straight win overpowering Northwestern State, 13-2 in six innings, at Bogle Park on Saturday afternoon. Entering the day, the Razorbacks (15-2) led the SEC with 41 home runs and registered their fifth game with at least four bombs this season.

Infielder Danielle Gibson continued her otherworldly week at the plate hitting two more dingers, which included a grand slam, and registered RBI. For the week, she hit .421 (8-for-19) with five home runs (two grand slams), two doubles and drove in 14 runs.

Gibson hit the first of her two bombs in the first inning, spanking a solo shot to center that sparked an eight hit day for the bats. The Razorbacks blew the game open in the second and scored five two out runs, pushing their lead to 6-0. Outfielder Keely Huffine and infielder Hannah Gammill each lifted RBI base hits down the left field line and both scored on infielder Braxton Burnside’s three-run tater. Burnside has 11 bombs in just 18 games played this season.

Arkansas added seven more in the bottom of the fourth to move ahead, 13-0, as Burnside drew a bases loaded walk, allowing Gibson to smash her second grand slam of the weekend to center. Pinch hitter Lauren Graves hit her first career jack, driving in two to cap off Arkansas’ scoring.

Mary Haff (9-1) hummed along inside the circle and faced one over the minimum in her 4.0 innings. She allowed a two out single up the middle in the second and struck out six. Haff lowered her season ERA to just 0.87 in 56.1 innings pitched. Freshman Kaitlyn Howard made her collegiate pitching debut in the top of the fifth and allowed two earned runs on four hits. Jensen Howell (3-3) took the loss for Northwestern State (6-6), surrendering six earned runs in 1.2 innings.

Batting from the leadoff spot, Gammill went 2-for-3 and increased her weekly batting average to .500 (5-for-10). With two outs, the Razorbacks hit .667 (6-for-9) as a team and scored eight of their 13 runs. Arkansas finished the week outscoring its Wooo Pig Classic competition, 46-17.

The Razorbacks travel to Central Arkansas for a 6 p.m. first pitch on Tuesday, March 9. The game will air on CST and ESPN+. Later in the week, Arkansas opens SEC play at South Carolina with a three-game set Friday, March 12 through Sunday, March 14.