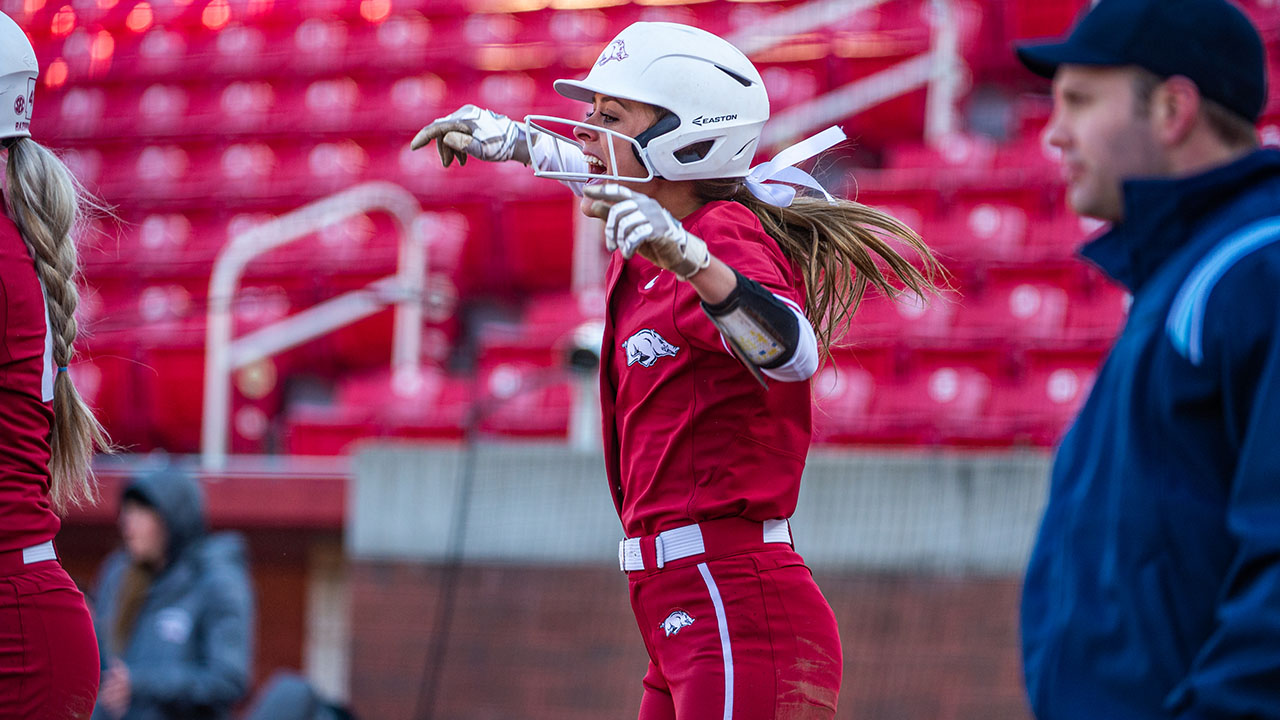 No. 20 Arkansas Shuts Out No. 9 Alabama in SEC Opener

TUSCALOOSA, Ala. – The No. 20 Arkansas Razorbacks (17-4, 1-0 SEC) received clutch pitching from senior Autumn Storms and a key seventh inning RBI knock by junior Danielle Gibson in its 1-0 SEC opening victory at No. 9 Alabama (12-8, 0-1 SEC). The Razorbacks won their first game in Tuscaloosa since 2000 and defeated their first ranked opponent this season.

The Hogs threated to score throughout the game and finally broke through in the top of the seventh. Junior Hannah McEwen walked and took second base on a passed ball. Junior Braxton Burnside singled to center to advance McEwen to third. Gibson followed and bounced her fourth hit of the game through the right side to score the only run Arkansas needed.

Storms (10-2) was sensational inside the circle and kept the Crimson Tide bats off balance all night. She went the distance and allowed five hits, all singles, while striking out three. The righthander also induced two important double play balls in the first and seventh innings to keep Alabama off the scoreboard.

A pivotal 6-4-3 twin killing ended the bottom of the first inning and took away any potential momentum from the home team. The Tide put the potential game tying run on base with a base knock down the left field line in the bottom of the seven inning. Storms again induced a 6-4-3 double play to end the game.

The Hogs outhit Alabama, 8-5 and Gibson tied her career-high of four hits. Junior catcher Kayla Green made a return to the lineup and went 1-for-2 with two walks, while Burnside extended her hitting streak to eight games.

The Razorbacks and Crimson Tide will play the middle game of a three game series tomorrow, March 7 at 2 p.m. and it will air on SEC Network+.