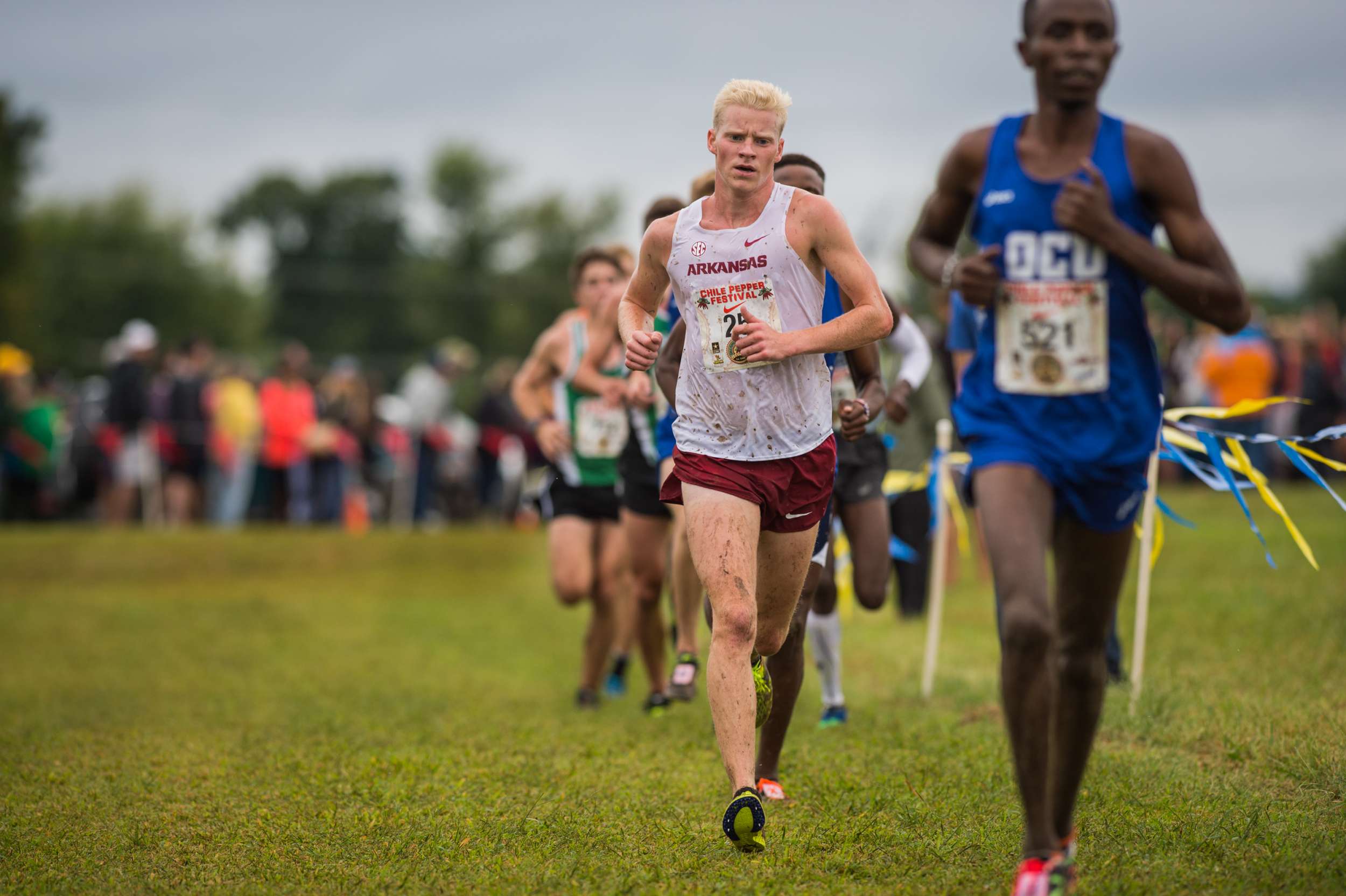 TULSA, Okla. – The No. 20 Razorback men’s cross country team wrapped up the first meet of the season taking second-place with a score of 52-points, paced by Myles Richter, Saturday morning at the Hurricane Invitational hosted at Mowhawk Sports Complex.

“The whole idea is to kick off the rust from the summer training and start thinking out racing and we accomplished that goal today,” said head coach Chris Bucknam.

Myles Richter had a fantastic run in his Razorback debut, leading the Razorbacks with a fifth-place finish needing only 20 minutes, 26 seconds to complete the four-mile course in Tulsa.

“I thought our kids did a good job of competing. I’m pleased with Graham Brown and Carter Persyn,” said Bucknam.

“This was Graham’s first race since the NCAA Championships last season, he’s been battling an injury, missing the indoor and outdoor seasons. He was our No. 5 last year and was a regional performer for us. So it’s great to see him back and healthy. Carter Persyn is another guy who was hurt most of last year and he’s healthy, and I’m just pleased to see both of those kids back in action and in the mix and healthy. Myles Richter did a fine job and so did Josh Shearer. Now we go to work and get ready for Boston” Bucknam finished.

Next up for the Razorbacks will be a trip to the Coast-to-Coast Battle in Beantown on Sept. 20 in Boston, Mass.