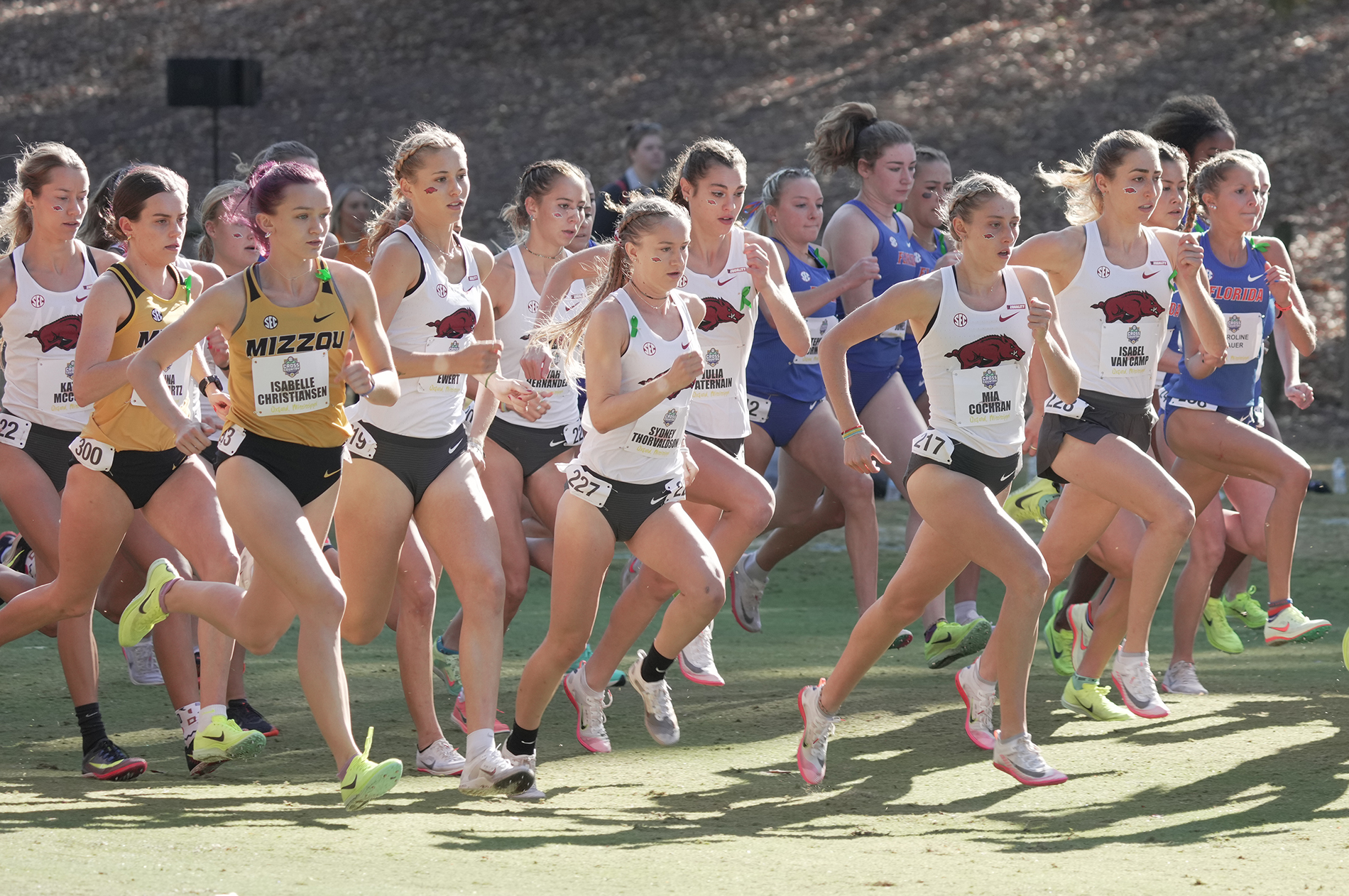 COLLEGE STATION, Texas – No. 23 Arkansas, who has claimed 10 consecutive NCAA South Central Region team titles, will bid for another on Friday, November 11, on the Dale Watts Cross Country Course seeking an automatic berth into the NCAA Championship field.

“We’re fortunate that we have a pretty powerful team compared to our region,” said Arkansas women’s head coach Lance Harter. “We’ll go in as a prohibitive favorite, but that doesn’t mean we can just go in cruise control. The legacy that we’ve established and the performances we’ve had so far this season puts us in an enviable position. We’ll let the rest of them duke it out to get second.

“We’re fortunate that we can almost train through this competition and ultimately get ready for the NCAA Championships the following week.”

Teams will race over a 6,000m distance with a start time of 8:30 a.m. The top two teams and first four individual finishers in the race, not associated with the top two teams, will advance to the NCAA Championships, which will be held on Saturday, November 19, in Stillwater, Oklahoma.

Admission to the meet is free. Live results will be available through flashresults.com at the following link: https://www.flashresults.com/2023_Meets/xc/NCAASC/

The top two teams from each of the nine regions contested automatically qualify for the NCAA Championship field. In addition to the 18 teams who auto qualify, the rest of the 31-team field will be completed with 13 at-large selections.

“We’ll run our best seven and let the chips fall where they may,” stated Harter. “It’ll be an opportunity for our number 4-5-6-7 to establish themselves on who can be counted at the national meet. Our front three have been very consistent and done a fabulous job thus far.

“The Achilles heel at the national meet tends to be your fifth runner. Training-wise they’ve been doing a good job and they’re healthy.”

“The team title is most important,” Harter said. “Isabel has prepared as an individual to either to go ahead and try to win the individual title, or also be more than gracious to sacrifice and help her teammates get through the race as successfully as possible.”

Hyde placed eighth in 2021 and previously competed in the 2018 and 2019 South Central Region with Central Arkansas, placing 44th and 39th, respectively. Finishing 24th last season, Paternain raced twice in the Mid-Atlantic Region while at Penn State, finishing ninth in 2019.

Having won the South Central Region meet 25 times dating back to 1982, the Razorbacks have captured the past 10 titles and claimed 15 of the past 21.

Texas has been runner-up to the Razorbacks in the three of the past four region meets held, and eight times since 2000. The Longhorns have a total of six region titles, most recently in 2010.