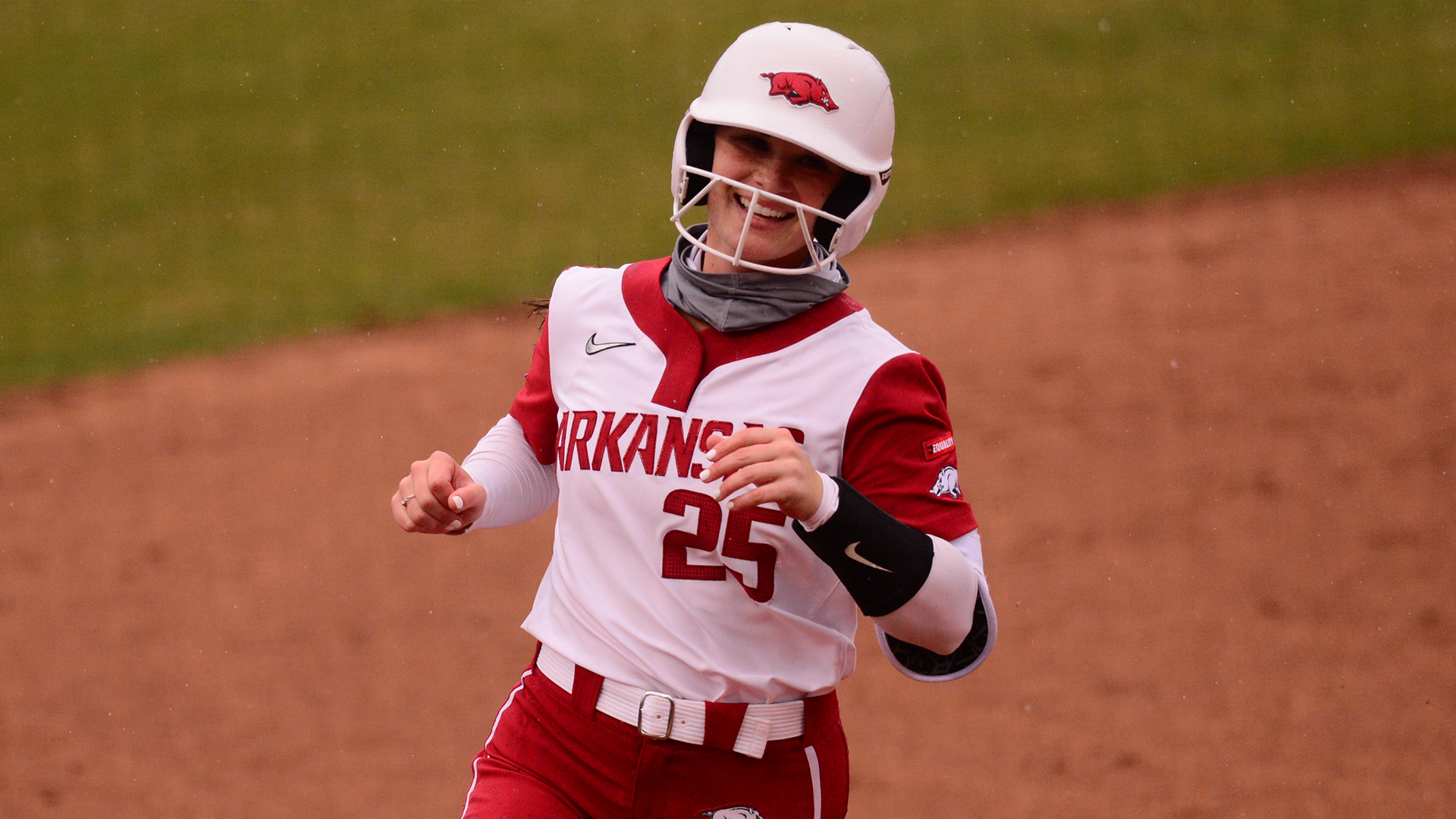 FAYETTEVILLE, Ark. – Infielder Braxton Burnside hit two home runs, and pitcher Mary Haff threw a shutout as No. 24 Arkansas run-ruled Texas Tech in six innings, 8-0, in the Razorback Invitational finale at Bogle Park on a rainy Sunday afternoon. The Razorbacks (11-2) finished the event a perfect 6-0, and in two games against Texas Tech (5-6), outscored the Red Raiders, 17-0.

The Hogs entered the day leading the SEC in home runs and increased their season total to 33, with Burnside’s eight bombs pacing the club.

Infielder Hannah Gammill and infielder Audrie LaValley each reached on walks in the second inning before outfielder Sam Torres laid down a sacrifice bunt, plating Gammill on a throwing error by the Texas Tech pitcher.

Burnside hit the first of her two bombs in the third, putting Arkansas ahead, 2-0. A five-hit, four-run fifth inning blew the game open and gave the Razorbacks a 6-0 lead. Infielder Danielle Gibson smashed a three-run homer to right center, and catcher Kayla Green lined a two out double to the right centerfield gap, plating another run.

The offense went right back to work in the sixth, with Burnside crushing her second solo jack of the day to left. Gibson and designated player Linnie Malkin both singled, and Gammill walked, setting up LaValley to be hit by a pitch and force across the game-ending run. Arkansas won three of its six Razorback Invitational games in run-rule fashion.

Haff (6-1) pitched tremendously, scattering three hits – two singles and a double – while not walking a batter. She struck out four and pitched to contact well, registering 11 flyouts. The redshirt junior did not allow a run over 18.1 innings pitched for the week and struck out 20 with just two walks. Megan Hornback (0-1) allowed all the damage for Texas Tech, pitching 5.2 innings while walking three and striking out two.

Both Burnside and Gibson went 3-for-4 and outfielder Hannah McEwen was 2-for-4 with a pair of singles.

Arkansas continues its homestand hosting the Wooo Pig Classic next weekend and will play five games from Thursday, March 4, through Saturday, March 6.