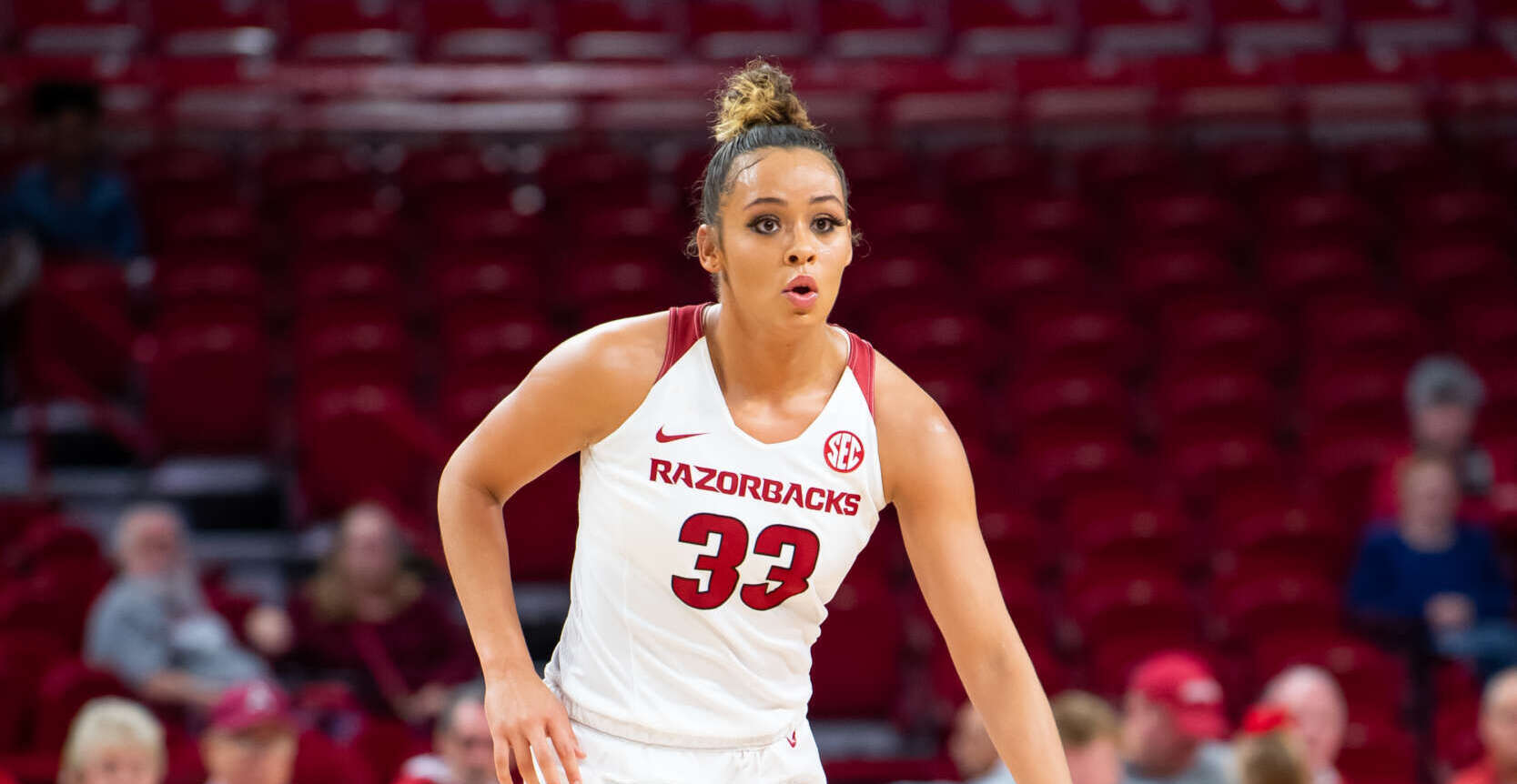 Redshirt junior guard Chelsea Dungee was locked in from the jump, going for a game-high 24 points on six of 11 shooting. Dungee was once again great from the free throw line, going nine of 10, but she was also able to find the range against the Rams, going three of six from beyond the arc. Dungee has started to find her groove as of late, as this is her third straight game with 20+ points. That is the longest such stretch by a Razorback since she scored 20+ in four straight games last season (1/27 – 2/3/19).

The Hogs led at the half by 11, getting major contributions from Dungee (12 pts), redshirt junior guard Amber Ramirez (12 pts) and freshman guard Makayla Daniels (9 points). However, the Hogs broke it open late in the third quarter behind the sharpshooting of Dungee and Ramirez.

The large contingent of Arkansas fans that made the trip to Nassau were brought to their feet, as the duo traded treys. Dungee would knock in two during the spurt and Ramirez would contribute one of her four on the run that would force a Fordham timeout. Though the Rams would eventually shave the lead to single digits late in the fourth, the Hogs would hang on to get win No. 6 on the season.

The Razorbacks finish off play in paradise tomorrow night, as the Hogs will face Wisconsin in the nightcap. Tip-off is slated for 6 p.m CT.