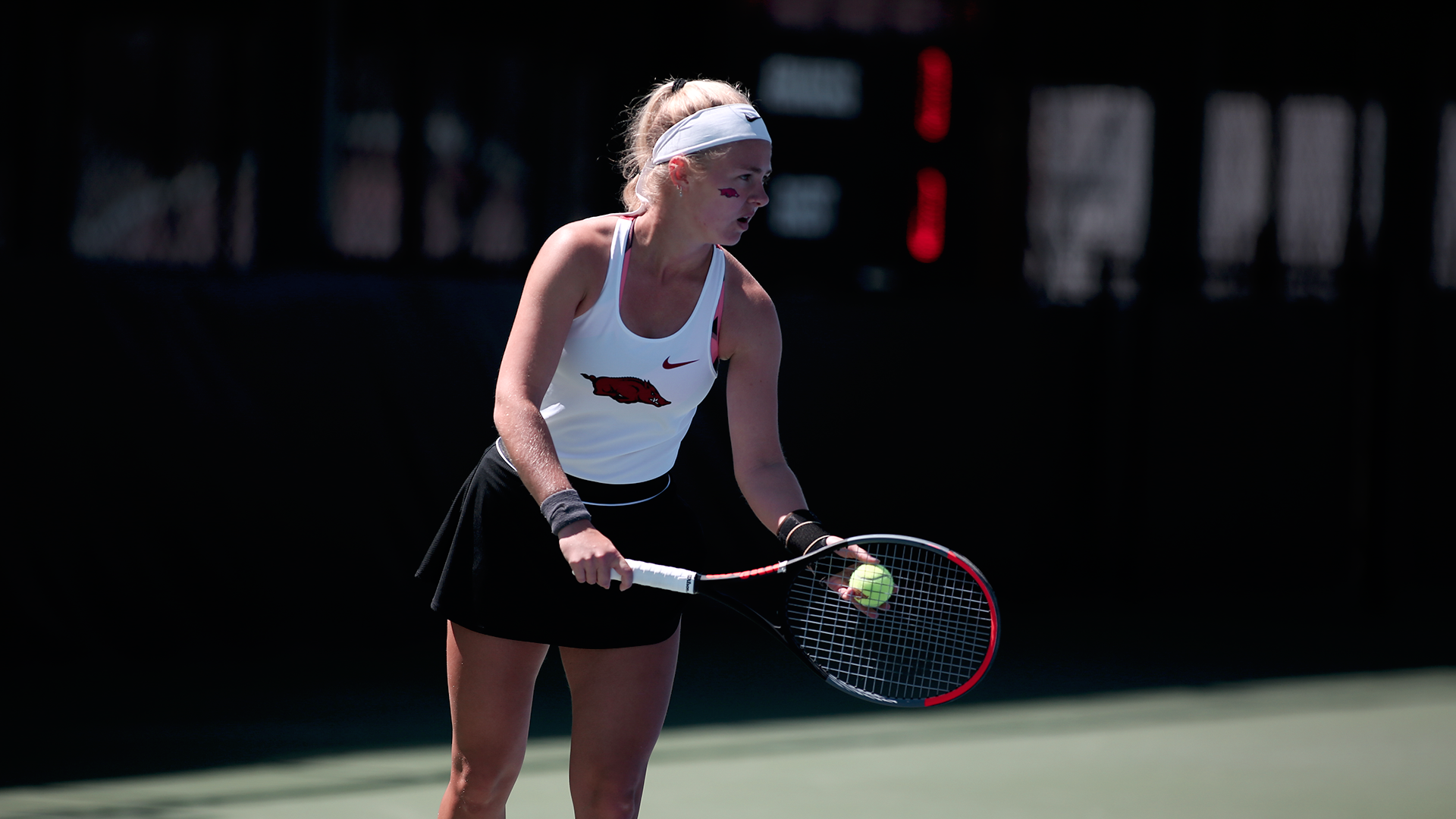 FAYETTEVILLE, Ark. – The No. 32 University of Arkansas women’s tennis team fell in a tight 4-3 decision to No. 29 Tennessee on Friday afternoon at the Billingsley Tennis Center. The Razorbacks move to 12-6 overall and 5-3 in Southeastern Conference play.

The Volunteers got off to an early lead, claiming the doubles point with wins on courts one and two. On court three, the duo of Indianna Spink and Kelly Keller struck first in a quick 6-2 win over Tennessee’s Elza Tomase and Kylie Duckworth. The duo improves to 7-4 in the No. 3 position and is 12-4 overall. The No. 53 tandem of Tatum Rice and Morgan Cross fell in a 7-5 tiebreaker to the No. 13 Volunteers duo of Daria Kuczer and Tenika McGiffin.

In singles, Tennessee extended their lead taking court five with a 6-2, 6-0 win over Morgan Cross. On court two, Kelly Keller put the Hogs on the board, defeating Tennessee’s Tenika McGiffin in a straight-set 6-3, 6-3 victory.  The Volunteers kept their momentum going with No. 88 Elza Tomase winning a second-set tiebreaker on court four over Indianna Spink.

All eyes turned to court one with the match on the line as graduate student Tatum Rice was battling in a tied-up third set. Rice dropped the first in a tough 0-6, but came back to take the second 6-4 to force the tiebreaker. It was back and forth with Rice eventually falling 6-4 to give Tennessee the match win.

The Razorbacks are back in action on Sunday, April 3 taking on the No. 10 Georgia Bulldogs at 1 p.m. at the Billingsley Tennis Center.