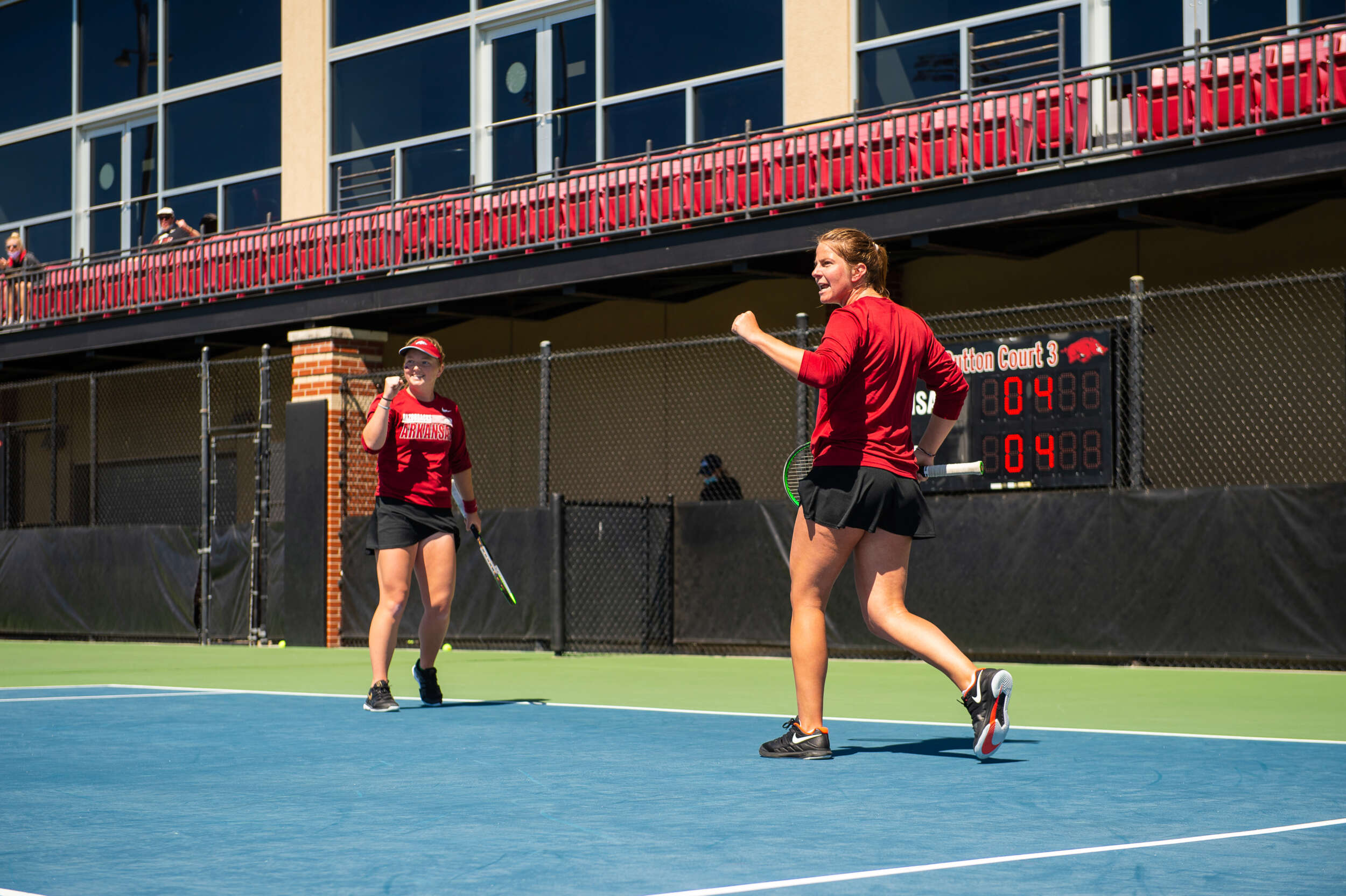 No. 33 Arkansas Set for NCAA Showdown with ODU

FAYETTEVILLE, Ark. – The University of Arkansas women’s tennis team is in Chapel Hill, N.C. this weekend and set for a showdown with Old Dominion in the first round of the NCAA Tournament on Friday, May 7 at 9 a.m. (CT).

Arkansas began the regular season on a 10-match winning streak, sparking its best start since 2005. The Razorbacks won four straight to open SEC play, including a monster 4-3 win over then-ranked No. 9 Vanderbilt before struggling down the stretch. The Hogs picked up a first-round 4-3 win over Mizzou in the SEC Tournament to snap the team’s losing streak and help push the Razorbacks into the NCAA field.

The women’s tennis team is making its 19th trip to the NCAA Tournament in program history, accumulating a 17-14 record in post-season play. Arkansas’ last regional bid was in 2017 when the Razorbacks traveled to Stillwater, Okla. This is the first time since 2012 and the first in the last four regional appearances that the Hogs will not be playing in Stillwater.

Arkansas has made the trip to Chapel Hill once before in 2008, when the Hogs made their most successful post-season run in program history. The Hogs defeated Wake Forest 4-0 in the round of 64, North Carolina 4-3 in the round of 32 and then advanced to Tulsa where they took down Georgia 4-2 in the Sweet 16 before falling to UCLA 4-0 in the quarterfinals.

The Scout and Series

The winner of Arkansas-Old Dominion will play the winner of UNC-South Carolina State on Saturday, May 8 at 3 p.m.

First- and second-round competition takes place May 7-8 or 8-9 and features four teams playing in a single-elimination format. The winner of each site advances to the USTA National Campus in Orlando, Florida, where the 16 teams will compete for the national championship May 16-28.

Fans are encouraged to visit ArkansasRazorbacks.com for the latest information on all things Arkansas Tennis. You can also find the Hogs on social media by liking us on Facebook and following us on Twitter and Instagram.