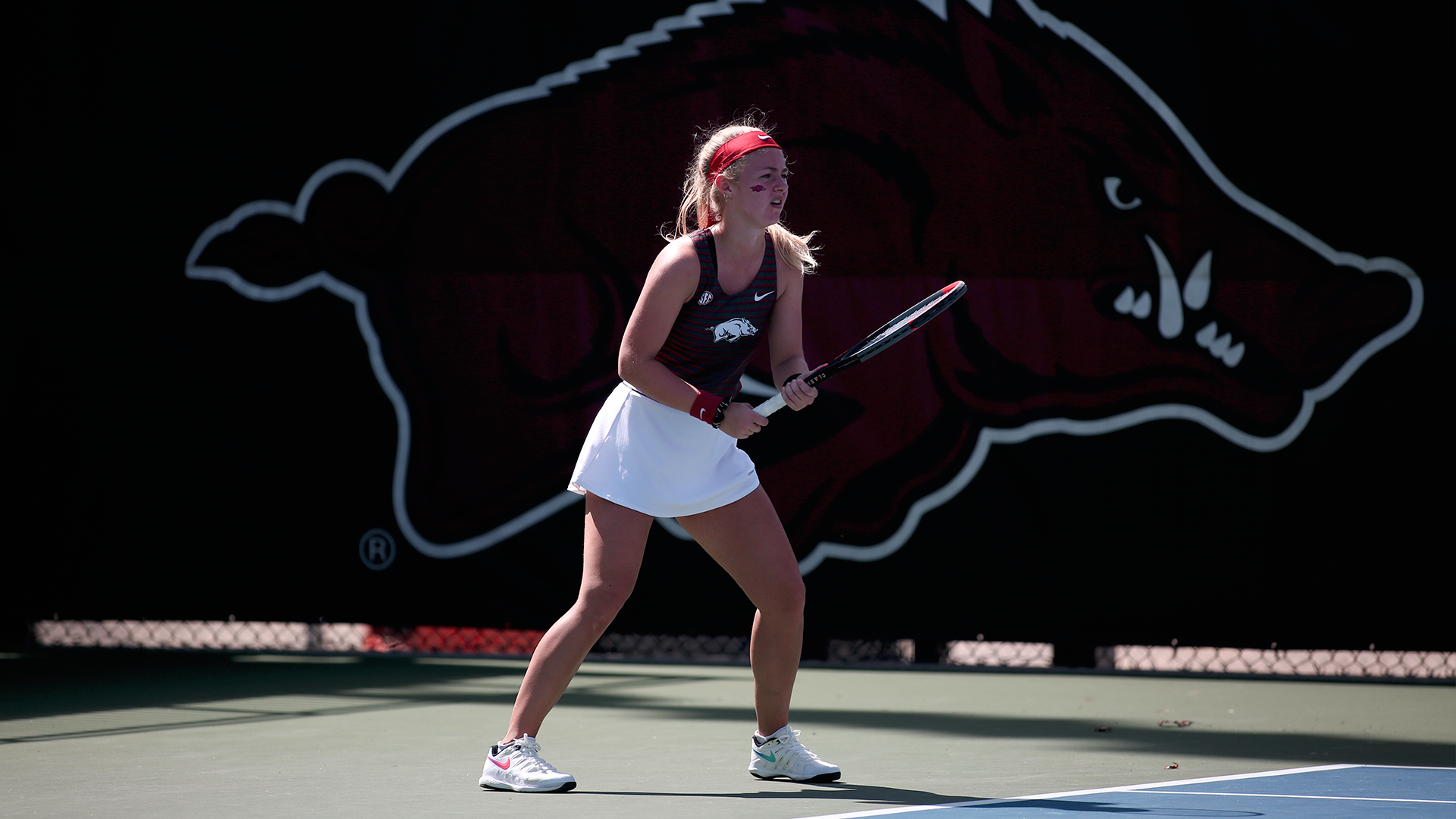 FAYETTEVILLE, Ark. – The No. 36 Arkansas women’s tennis team dropped their first conference match of the spring season in a tough 4-3 decision to No. 16 Florida. The Razorbacks fall to 11-3 overall and 4-1 in Southeastern Conference play this season.

Arkansas came out strong in doubles play, claiming an early lead with wins on courts one and three. Razorback pair Indianna Spink and Kelly Keller got the first doubles victory with a 6-2 win over Florida’s Sara Dahlstrom and Emma Shelton. The No. 28 tandem of Morgan Cross and Tatum Rice clinched the doubles point with a 6-4 win over Gators McCartney Kessler and Marlee Zein. The duo has now won six straight matches and is 8-1 in the No.1 position.

The Razorbacks were on the hunt for three singles wins, fighting to the very end. The Gators evened up the score quickly with a straight et win on court five over sophomore Morgan Cross followed by another straiht set win on court one with Tatum Rice falling to No. 32 McCartney Kessler. Florida continued to gain momentum with a win on court two, putting the Gators up 3-1 over Arkansas.

The remaining three courts were all-out battles, each going to a third set. Sophomore Lenka Stara got the first singles win for Arkansas over Florida’s Emma Shelton in a 4-6, 6-3, 6-4 victory. The Razorbacks were searching for one more singles win as all eyes turned to court three with Indianna Spink once again.

Spink continued to fight, falling in the first set to come back and take the second 6-3. The Gators ultimately came out on top with No. 55 Marlee Zein taking the win over Spink, 4-6, 6-3, 6-4.

Junior Laura Rijkers got the last point for the Razorbacks, showing no lack of grit in a 7-5, 4-6, 6-4 win over Florida’s Sara Dahlstrom.

The Razorbacks are back on the road in Southeastern Conference play, taking on No. 7 Auburn on Friday, March 25 and No. 31 Alabama on Sunday, March 27.