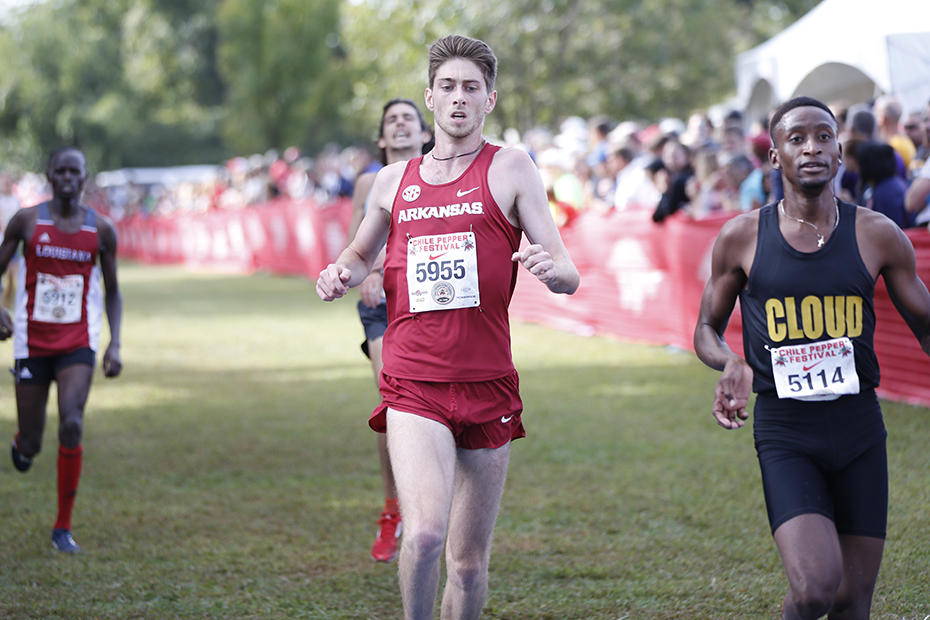 STILLWATER, Okla. — The No. 4 Arkansas men’s cross country team opened its 2017 season, sweeping dual meet competitions with No. 11 Tulsa, No. 12 Oklahoma State and Oklahoma at the Cowboy Preview in Stillwater on Friday morning.

Arkansas’ five fastest runners all finished among the top-10 best in the field, led by junior Cameron Griffith. Griffith placed third overall in the 5K race, completing the course in 15 minutes, 33.30 seconds.

“Today was a solid first step for our season and began the road for the long season ahead,” head coach Chris Bucknam said. “It’s always nice to win a meet, no matter what time in the season it is. Cameron Griffith did a great job and led the way for our team this week. It’s great to see that he is running as well as ever.”

Next Four Finishers
Keller, Texas native Carter Persyn came through in second position for Arkansas, finishing right behind Griffith in fourth place. The young Razorback who finished 17th at the same meet one year prior showed marked improvement, shaving 42 seconds off of his time from last season to finish in 15:42.70.

Western State transfer Preston Cates was the third member of Bucknam’s squad to cross the finish line. Cates’ debut saw him earn a top-10 finish with a season best of 15:47.70.

“Our men showed fitness, which indicates solid summer training,” Bucknam said. “We had some outstanding year-to-year improvement at this meet . It shows me that our team, including those back home who didn’t race today, are well ahead of where we were last year at this time. We will head to New York in two weeks for another early season race where we will add a few more veteran runners to our line up. We will have the opportunity to get away from campus for a few days, come together as a team and get in some good training.”

Arkansas will travel next to New York on Friday, Sept. 15, scheduled for action at the Iona College Meet of Champions.