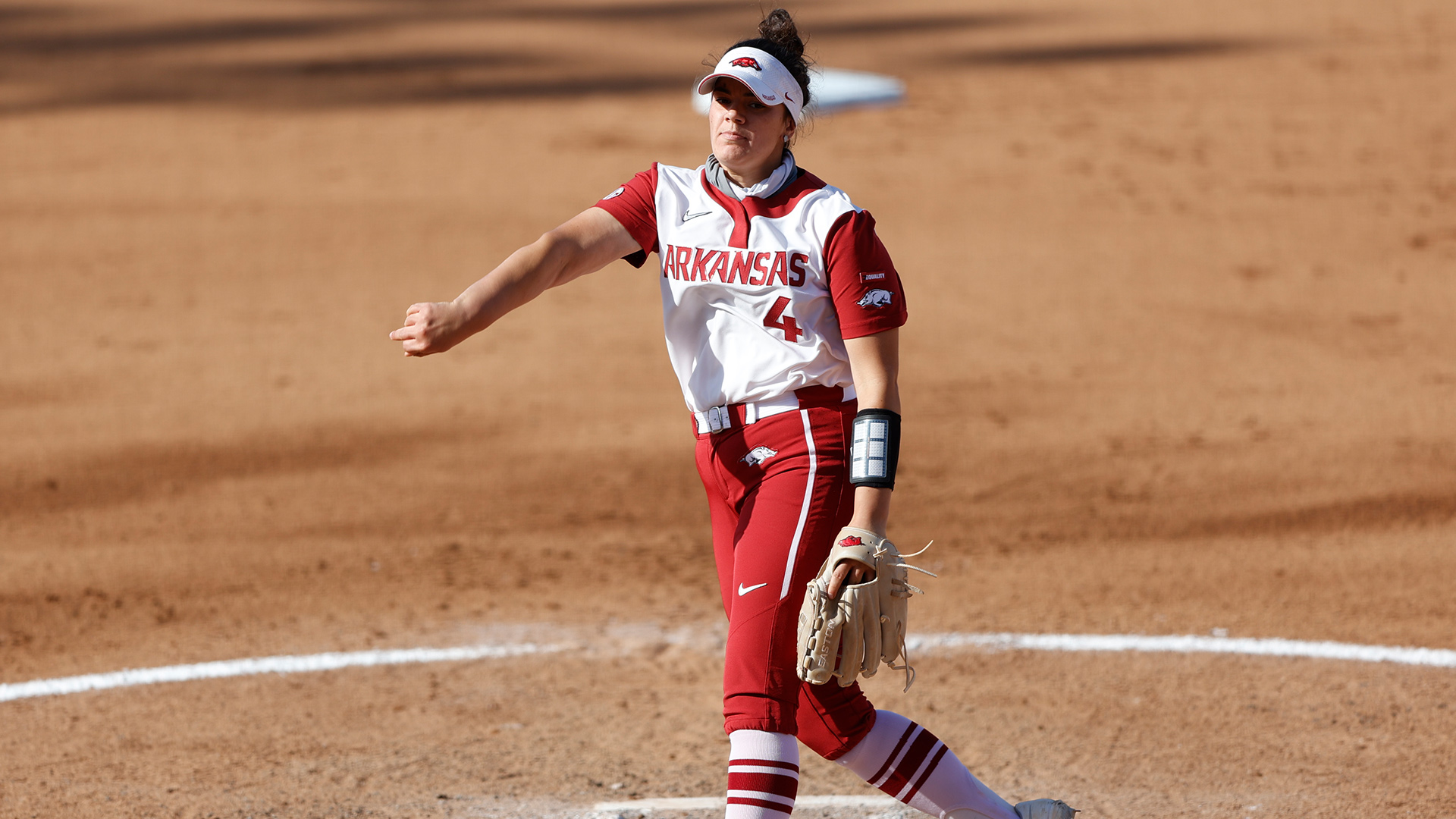 No. 6 Arkansas Bested by No. 17 Tennessee in Pitcher’s Duel

TUSCALOOSA, Ala. – Tennessee’s solo home run in the fifth inning was all the Lady Vols needed to eliminate Arkansas in the SEC Tournament quarterfinals, 1-0, at Rhoads Stadium on Thursday night. Razorback (40-9) pitcher Mary Haff allowed just two hits and struck out five in the tough-luck loss.

Both pitchers sailed through the first three innings as Haff did not allow a baserunner, while Tennessee’s Ashley Rogers surrendered just two walks to outfielders Sam Torres and Hannah McEwen in the third.

Haff retired 12 batters in a row to begin the game, but in the top of the fifth, Ally Shipman yanked a solo home run to left for the contest’s first hit, giving the visitors a 1-0 lead.

The Lady Vols collected a harmless double in the top of the seventh for their only other hit. Catcher Kayla Green drew a walk to leadoff the bottom of the seventh, but a popped-up sacrifice bunt, a flyout and a groundout ended the game.

Arkansas dropped to 2-2 all-time in the SEC Tournament against the Lady Vols, with every game decided by one run. The Razorbacks will find out their NCAA Tournament assignment at 8 p.m. on Sunday, May 16, as part of the selection show on ESPN2.