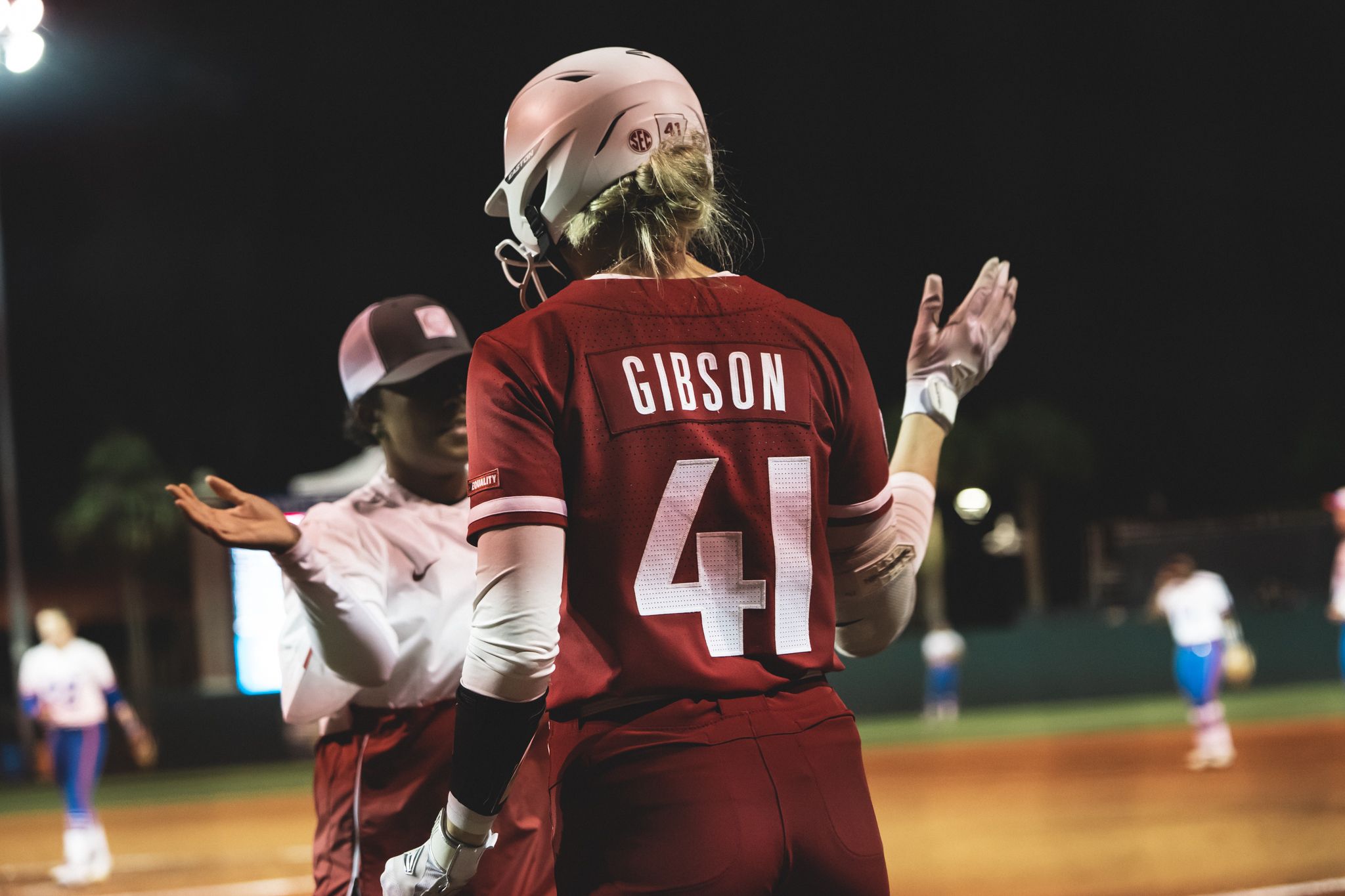 No. 6 Arkansas Climbs Past No. 9 Florida

GAINESVILLE, Fla. – No. 6 Arkansas put up nine runs across the fifth and sixth innings to earn a 9-1 (6 inn.), series-opening win over No. 9 Florida at Katie Seashole Stadium Friday night.

The Razorbacks improve to 33-8 overall and a conference-best 12-4. Junior RHP Chenise Delce (12-2) turned in another impressive outing, twirling her eighth complete game of the season while surrendering just one run on four hits. Delce tossed five-straight scoreless innings to start the game and dealt eight strikeouts.

The game remained scoreless through the first four innings, but the Hogs broke into the scoring column with a five-run fifth. Junior Audrie LaValley and sophomore Cally Kildow reached on back-to-back errors by the Gators, positioning runners on second and third with no outs and KB Sides coming to the plate. Sides blasted an RBI single through the left side to plate the game’s first run. Senior Danielle Gibson bolted a bases-clearing, three-RBI double to the right center gap to increase the Razorback lead to 4-0. Senior Linnie Malkin added Arkansas’ fifth run of the inning on a two-out, single through the left side to push Gibson home. 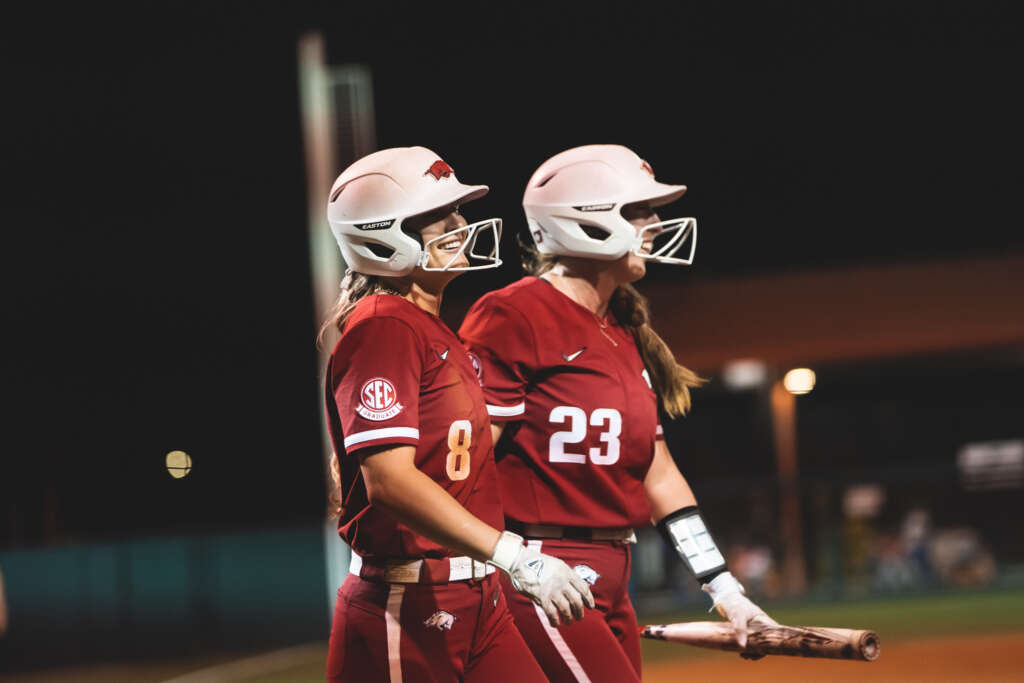 Arkansas put up its final four runs of the night in the sixth. LaValley and Kildow got the Hogs going again with a walk and single down the left field line. Sides then juiced the bases with a walk. Taylor Ellsworth compiled an RBI by drawing a bases-loaded walk to slide the lead to 6-0. Gibson’s hard-hit grounder to second forced a Florida error to score Sides and McEwen. Malkin laced her second RBI of the night, torching a ball to short to score Ellsworth from third and push the lead to 9-0.

Florida avoided the shutout after scoring one in the sixth, but Delce responded with back-to-back strikeouts followed by a foul out to Hannah Gammill to close the series opener.

Game two between the Razorbacks and Gators is scheduled for Saturday at 1:30 p.m. CT on ESPN2.