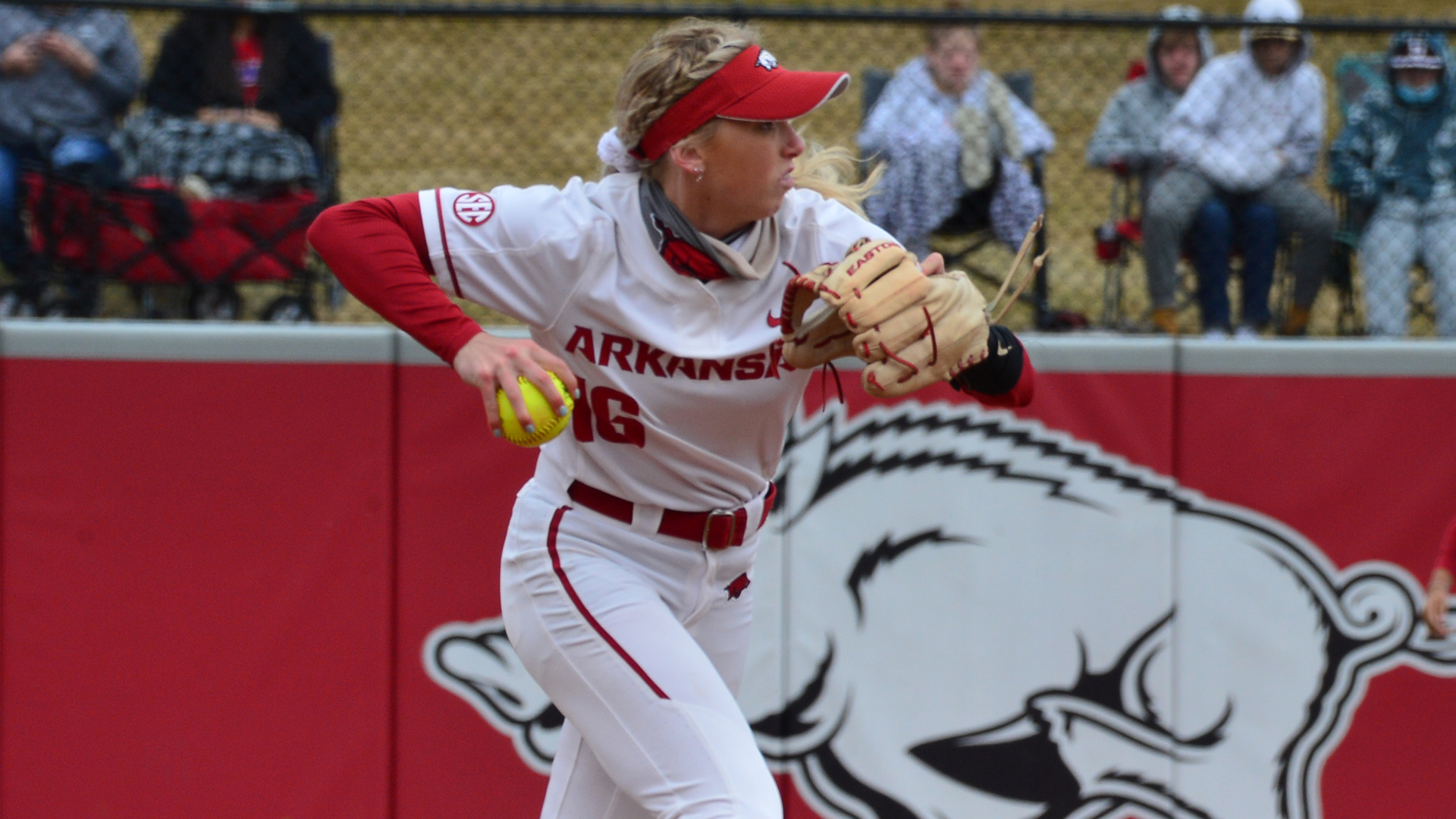 FAYETTEVILLE, Ark. – Danielle Gibson’s first inning three-run home run gave No. 6 Arkansas an early lead, but the Razorbacks (37-6, 16-3 SEC) were unable to hold on, falling to No. 19 Missouri, 6-3, in the series opener on Saturday afternoon at Bogle Park.

Infielder Braxton Burnside and outfielder Hannah McEwen both walked in front of Gibson, setting up her 14th home run of the season in the first inning. The Tigers (33-10, 11-5 SEC) then scored the game’s final six runs and plated three in the top of the third, tying the game. Infielder Jenna Laird recorded an RBI single to center and outfielder Casidy Chaumont drove in two on a double to left center.

On Gibson’s double to left center with two outs in the bottom of the third, a Razorback runner was thrown out at the plate, and Missouri’s Kendyll Bailey took the momentum from her defense and hit a solo home run in the top of the fourth to grab a 4-3 lead. The Tigers scored single tallies in the sixth and seventh frames widening their lead.

Arkansas pitcher Mary Haff (20-4) worked 5.0 innings and allowed five runs on six hits and four walks while striking out six. One earned run was charged to relief pitcher Jenna Bloom over her 2.0 innings. Jordan Weber (9-2) registered the win for Missouri, tossing 4.2 innings and allowing three runs on two hits and four walks with two strikeouts. Emma Nichols (7) worked a clean 2.1 innings of relief, notching a save.

The Tigers outhit Arkansas, 9-2, holding the Razorbacks to a season-low in hits. Gibson recorded both hits, and each went for extra bases.

The two teams will meet for the middle game of the series at 3 p.m. tomorrow, April 25 on SEC Network. Arkansas will honor its nine seniors before the game.