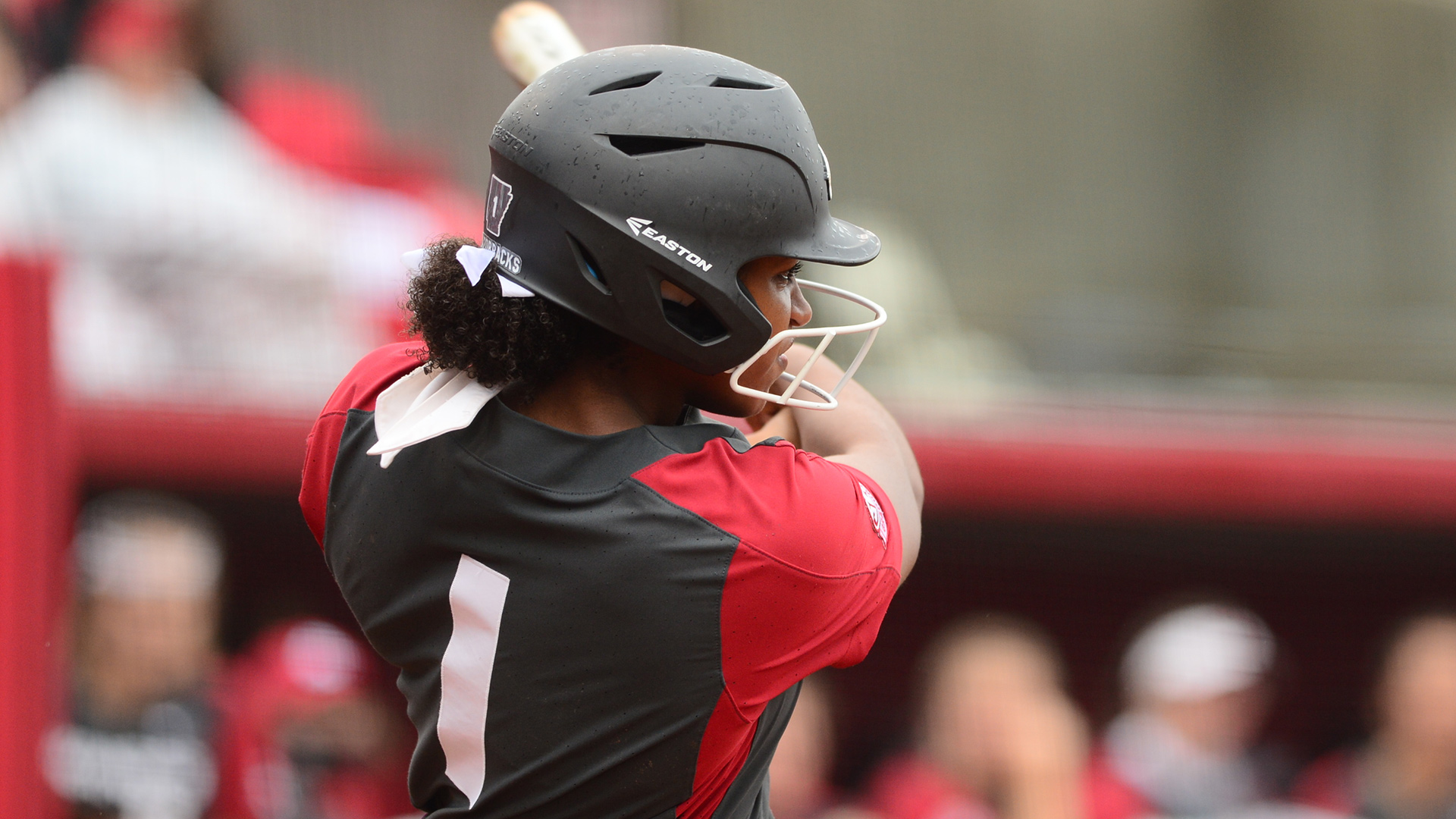 FAYETTEVILLE, Ark. – Behind a five-run outburst in the fifth inning, the No. 6 Arkansas softball team downed Manhattan 8-0 in five innings to move into the winner’s bracket of the NCAA Tournament’s Fayetteville Regional. The Razorbacks (41-9) will draw either Stanford or South Dakota State at 1 p.m. on Saturday, May 22, with a berth to the regional title round on the line. The Jaspers (22-15) await the loser at 3:30 p.m.

Outfielder Aly Manzo shot a two out base knock to left, plating designated player Linnie Malkin in the bottom of the second to open the Hogs scoring efforts. Infielder Hannah Gammill lofted a sacrifice fly to right and Malkin drove in a run with her second single in the third, taking a 3-0 lead.

Manzo walked to plate another run and outfielder Ryan Jackson lined a doubled down the left field line, driving in two runs and ending the game early.

Malkin, Manzo and Jackson each recorded two RBI, while Malkin and McEwen led the team with two hits each. The Razorbacks did not strike out and registered eight hits and four walks.

Infielder Lauren Rende leadoff single to third and outfielder Emma Kindblom’s base hit to right in the third were the Jaspers only two hits.

The Razorbacks won the program’s first run-rule NCAA Tournament game and improved to 2-0 all-time against the Jaspers.

Arkansas moves to the winner’s bracket and awaits a matchup against either Stanford or South Dakota State at 1 p.m. tomorrow, May 22. TV assignments will be announced later.