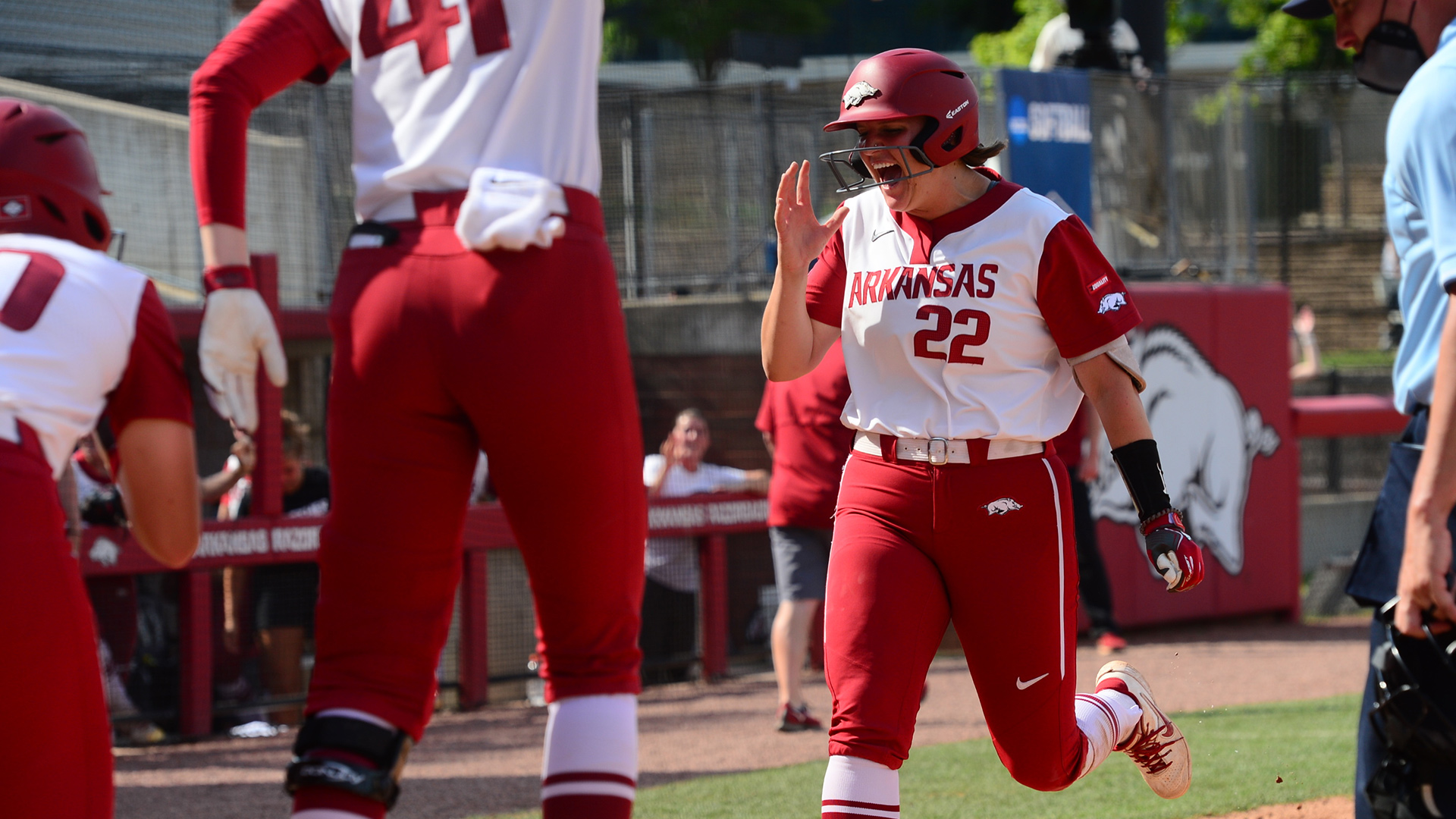 FAYETTEVILLE, Ark. – The Arkansas softball team advanced to super regionals for the second time in program history by defeated Stanford, 7-3, in the NCAA Tournament’s Fayetteville Regional final round on Sunday evening. The Razorbacks (42-9) will host their first home super regional in program history next weekend against either Arizona or Ole Miss.

Outfielder Hannah McEwen walked to lead off the game, setting up infielder Braxton Burnside to jolt her 25th home run of the season to dead center, giving the Hogs a 2-0 lead. Stanford responded immediately in the bottom of the frame and took advantage of an error to put runners on first and second with one out. Emily Young singled off pitcher Autumn Storms’ leg and the ricochet allowed one run to score. Emily Schultz blooped a double to left to tie the game, and the Cardinal went ahead 3-2 on Sydnee Huff’s single to center, but Ryan Jackson cut a run down at the plate with an on-target throw.

The Razorbacks scored five unanswered runs in the fourth and fifth to close out the game. Outfielder Ryan Jackson singled in a run and infielder Keely Huffine drove another home on a fielder’s choice in the fourth to go up, 4-3.

Designated player Linnie Malkin gave the Hogs some cushion in the fifth, hammering a three-run home run to center, her 18th of the season, to go up 7-3.

Storms went 1.0 inning inside the circle, before Mary Haff (26-6) entered from the bullpen and did not allow a run in 6.0 innings. She allowed just five hits with three strikeouts.

Arkansas awaits the winner of the Tucson Regional and will play at Bogle Park next weekend against an opponent and times to be determined.