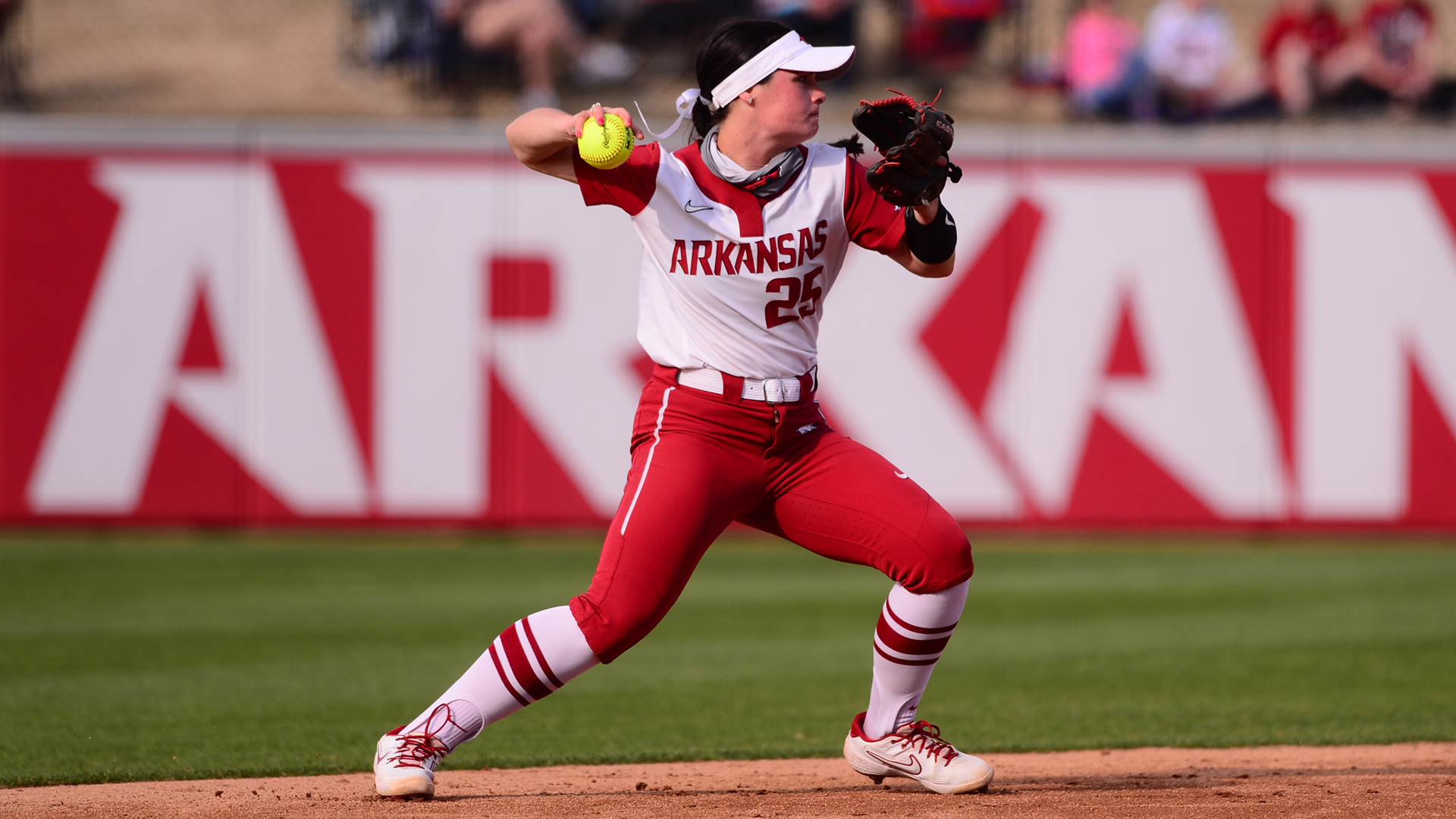 FAYETTEVILLE, Ark. – No. 3 Alabama handed No. 8 Arkansas its first loss of SEC, defeating the Razorbacks 5-3 at Bogle Park on Friday evening. The Crimson Tide (30-4, 10-3 SEC) scored four runs in the third inning to grab an early advantage, but Arkansas (32-4, 12-1 SEC) rallied and had a chance to tie or take the lead by loading the bases in the sixth inning.

Alabama’s four-run third was kickstarted by back-to-back one out singles. A double to left plated two, with a two-run home run capping off the frame. Arkansas responded the next half inning, plating three runs to make it a one-run contest.

With two outs, outfielder Sam Torres reached on a bunt single and infielder Braxton Burnside walked, setting up a two out throwing error on outfielder Hannah McEwen comebacker, which allowed Torres to score. After infielder Danielle Gibson was intentionally walked, designated player Linnie Malkin shot a single through the left side, plating two. The Crimson Tide got a run back in the top of the fourth on a solo home run.

Arkansas had its best chance to tie or take the lead in the sixth as it loaded the bases on infielder Keely Huffine’s single and walks to McEwen and Burnside. A strikeout ended the scoring threat.

Pitcher Mary Haff (18-3) took just her third loss of the season and allowed five earned runs on six hits over 3.2 innings. Jenna Bloom provided excellent relief, tossing 3.1 innings of scoreless ball. She allowed just two hits and a walk with a strikeout. Montana Fouts (12-2) went the distance and allowed five hits and six walks but did not allow an earned run. She threw 139 pitches and struck out 12 in the complete game effort.

Malkin led the way for the Razorbacks, going 2-for-3 at the plate with two RBI. Burnside was 0-for-2, but walked twice, extending her reached base streak to 30 games. Alabama outhit Arkansas, 8-4.

Game two of the series is scheduled for an 11 a.m. first pitch, tomorrow, April 10 on ESPN2.