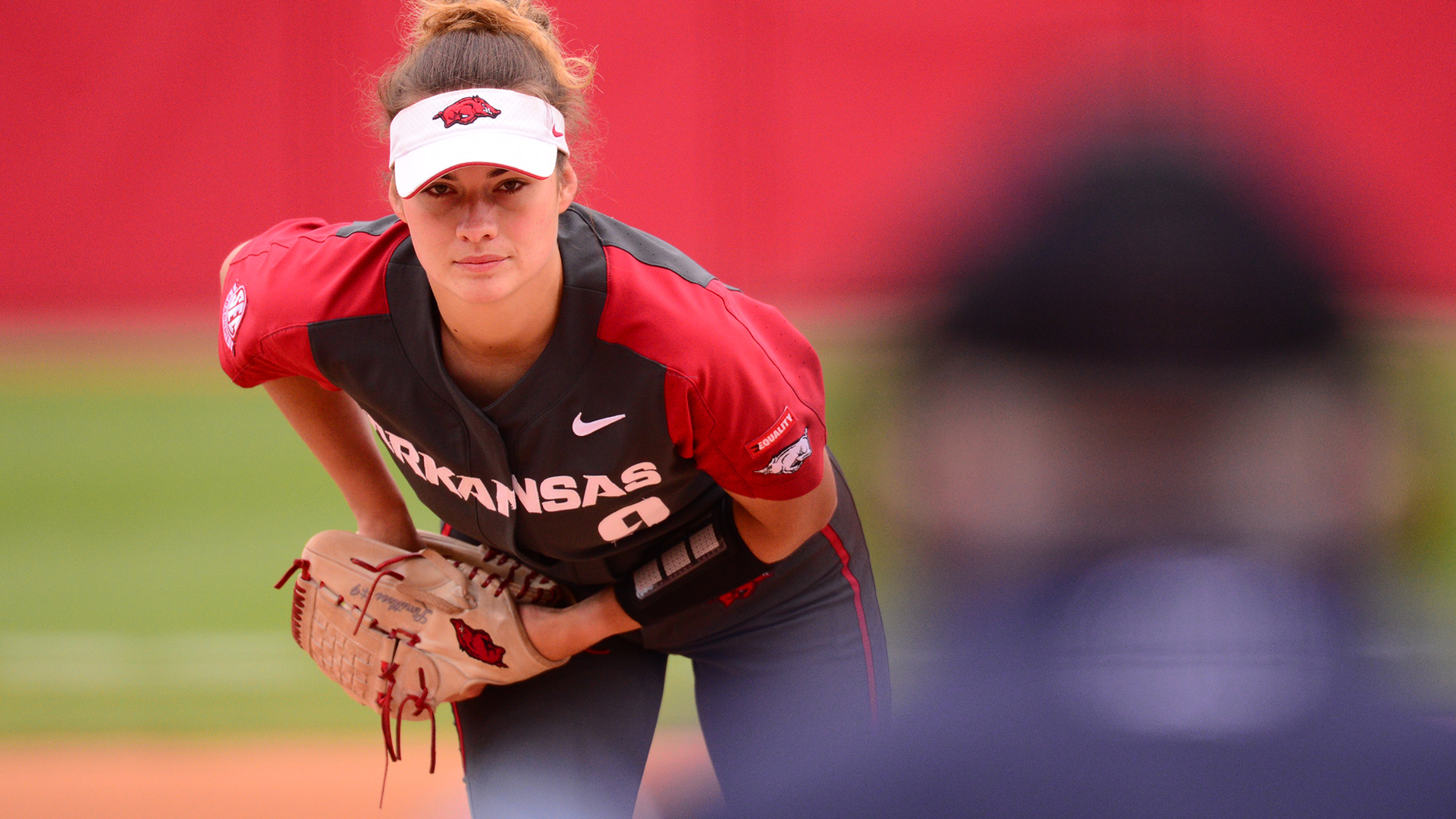 No. 8 Arkansas Earns Commanding 4-0 Win Over No. 3 Alabama

FAYETTEVILLE, Ark. – Pitcher Autumn Storms threw a complete game two hit shutout and Kayla Green homered twice as No. 8 Arkansas defeated No. 3 Alabama 4-0 to even the series at Bogle Park on Saturday afternoon. All four of the Razorbacks (33-4, 13-1 SEC) runs came via the long ball.

Infielder Braxton Burnside’s solo home run to left, her 21st of the season, in the third inning, gave the Hogs a 1-0 lead. Green hit the first of her two bombs in the fourth, extending the lead to 2-0, and provided even more insurance with a two-run shot in the sixth.

Storms (6-0) was electric inside the circle and had complete control of the Alabama lineup. She fanned a season-high 10 hitters, the most times the Crimson Tide have struck out this year. Both hits Storms allowed were singles and Alabama only put two runners on in the same inning in the seventh on a hit by pitch and an error. Lexi Kilfoyl (11-3) went 5.0 innings surrendering four runs on seven hits and a walk with seven strikeouts.

Arkansas outhit Alabama, 7-2, with both Green and McEwen recording a two-hit game. Storms has thrown two straight complete game shutouts in her starts after defeating No. 25 Auburn, 3-0, last weekend.

The rubber match of the series is set for 1 p.m. tomorrow, April 11 on SEC Network+.