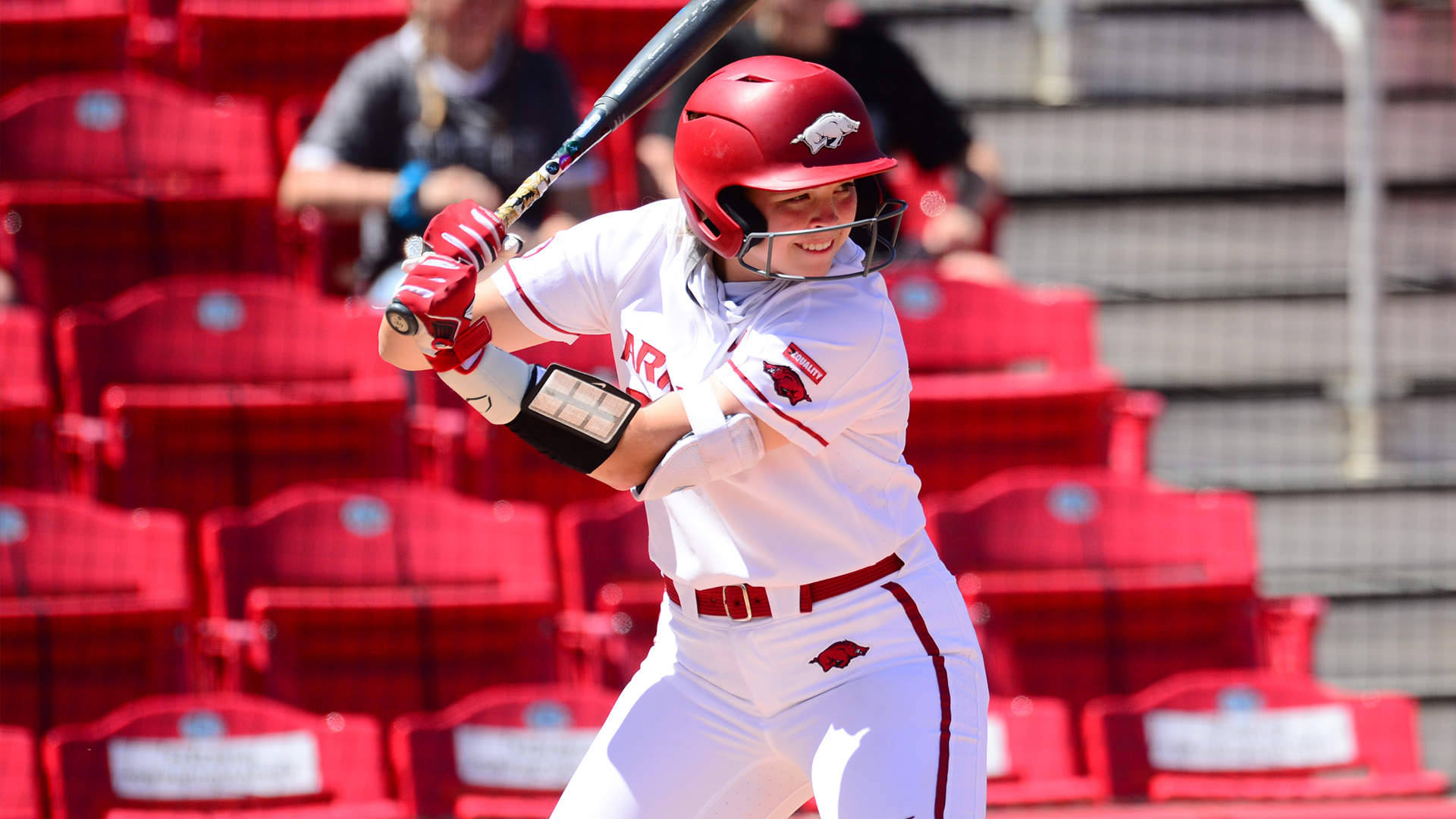 FAYETTEVILLE, Ark. – No. 3 Alabama scored two solo tallies in the second and seventh innings to defeat No. 8 Arkansas, 2-0, and claim the series on Sunday afternoon at Bogle Park. The Razorbacks (33-5, 13-2 SEC) tried to rally and brought the go-ahead run to the plate in the bottom of the seventh inning.

Arkansas had its best chance to score in the bottom of the first inning but could not capitalize after loading the bases with nobody out. Infielder Hannah Gammill doubled to left on a ball that was lost in the sun at the last moment by Alabama’s left fielder, and infielder Braxton Burnside and outfielder Hannah McEwen both walked. A pair of strikeouts and a popout left the bags full.

The Crimson Tide (31-5, 11-4 SEC) scored the next half inning, loading the bases on two singles and a fielder’s choice, and scored their first run on a hit by pitch. Alabama added another run in the seventh on a passed ball.

With two outs in the bottom of the seventh, Arkansas brought the go ahead run to the plate after walks issued to outfielder Sam Torres and Burnside, but a groundout to short ended the game.

Autumn Storms (6-1) went 6.2 innings for Arkansas surrendering seven hits and three walks with two strikeouts. She allowed two runs, but just one was earned. Mary Haff came in for one batter and induced a popout. Montana Fouts (13-2) registered her second complete game win against the Hogs this weekend, allowing three hits and six walks with 11 strikeouts.

Alabama outhit Arkansas, 7-3, with Burnside and infielder Danielle Gibson joining Gammill in the Hogs hit column. Both teams combined to leave 19 runners on base (Alabama – 10, Arkansas – 9).

Arkansas hits the road again and will play a three-game series at Georgia from Friday, April 16 through Sunday, April 18.