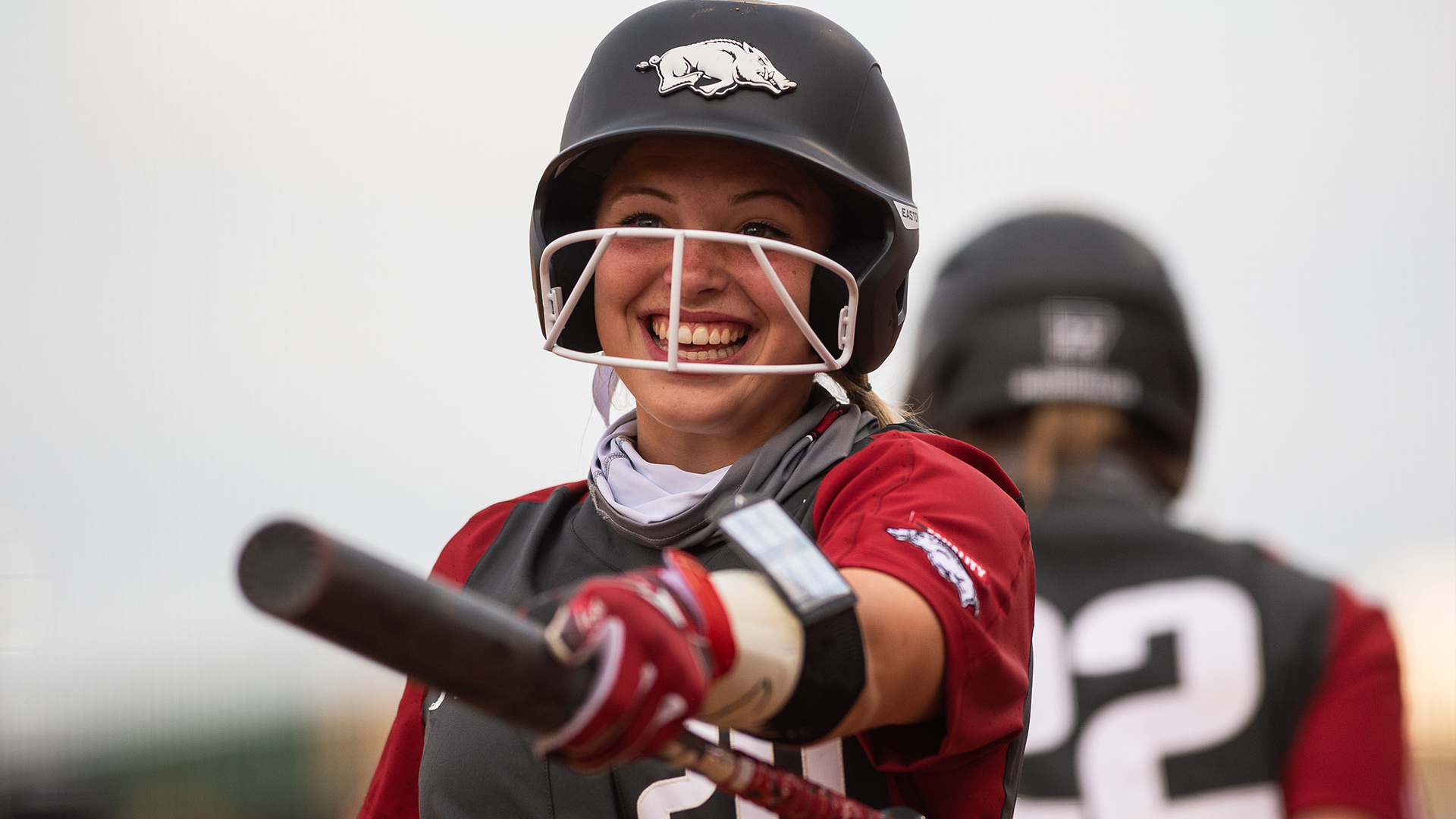 Arkansas blasted Missouri State 9-1 (5 innings) and set the school single game home run record, smashing six long balls. The Razorbacks also eclipsed the single-season team home run record with the 66th homer of the campaign, breaking the 2008 team’s (65) mark. Hannah Gammill, Danielle Gibson, Braxton Burnside and Kayla Green all homered with Green posting her first career two home run game. Gammill made a return to the lineup for the first time since March 9 and was 3-for-3 with two RBI and two runs scored. She homered in her first at bat in the second inning. Autumn Storms was excellent inside the circle, allowing just one hit and one run with seven strikeouts.

After sweeping No. 25 Auburn last week, the Razorbacks are 12-0 in SEC play for the first time in program history. Previously, the school’s best start to conference action was a 5-0 mark in 2009. Arkansas is the only undefeated team in league play and the first team to start conference play 12-0 since Florida went 13-0 in 2009.

The Razorbacks have been on a power surge this season, totaling 69 home runs to lead the SEC and rank second nationally. Burnside leads the team with 20 homers, which leads the SEC and ranks second in the country behind Oklahoma’s Jocelyn Alo (22). Malkin has added 13 homers, fourth-best in the SEC and 11th nationally. Gibson has hit 11 homers to rank sixth in the SEC and 20th nationally. The Razorbacks are one of two teams in the country (Oklahoma) that have three or more players with 10 or more homers. Infielder Keely Huffine has hit five total homers, including four from the nine-spot in the order.

Burnside’s 20 home runs this season are the most in a single season in program history. She broke the record with her 18th shot of the year on April 1 at Auburn, launching a three-run bomb in the fifth inning. Burnside broke Nicole Shroeder’s record of 17 set in 2017. Burnside has also reached base in 29 straight games.

Alabama enters the weekend coming off a sweep of No. 24 Texas A&M in which they outscored the Aggies, 33-15, and won two games in run-rule fashion. Outfielder Alexis Mack leads the team hitting .442 while catcher Bailey Hemphill has a team-best seven home runs and 35 RBI. Lexi Kilfoyl leads the team with a 1.29 ERA in 76.0 innings and Montana Fouts has 137 strikeouts in 89.2 frames.

The Crimson Tide lead the all-time series, 60-11, but Arkansas won the last series in Fayetteville in 2018, taking two of three games. Last season in the only conference weekend of the year, the Hogs won the Friday game, 1-0, for the program’s first win in Tuscaloosa since 2000.

Arkansas heads back out on the road playing a three-game series at Georgia from Friday, April 16 through Sunday, April 18.