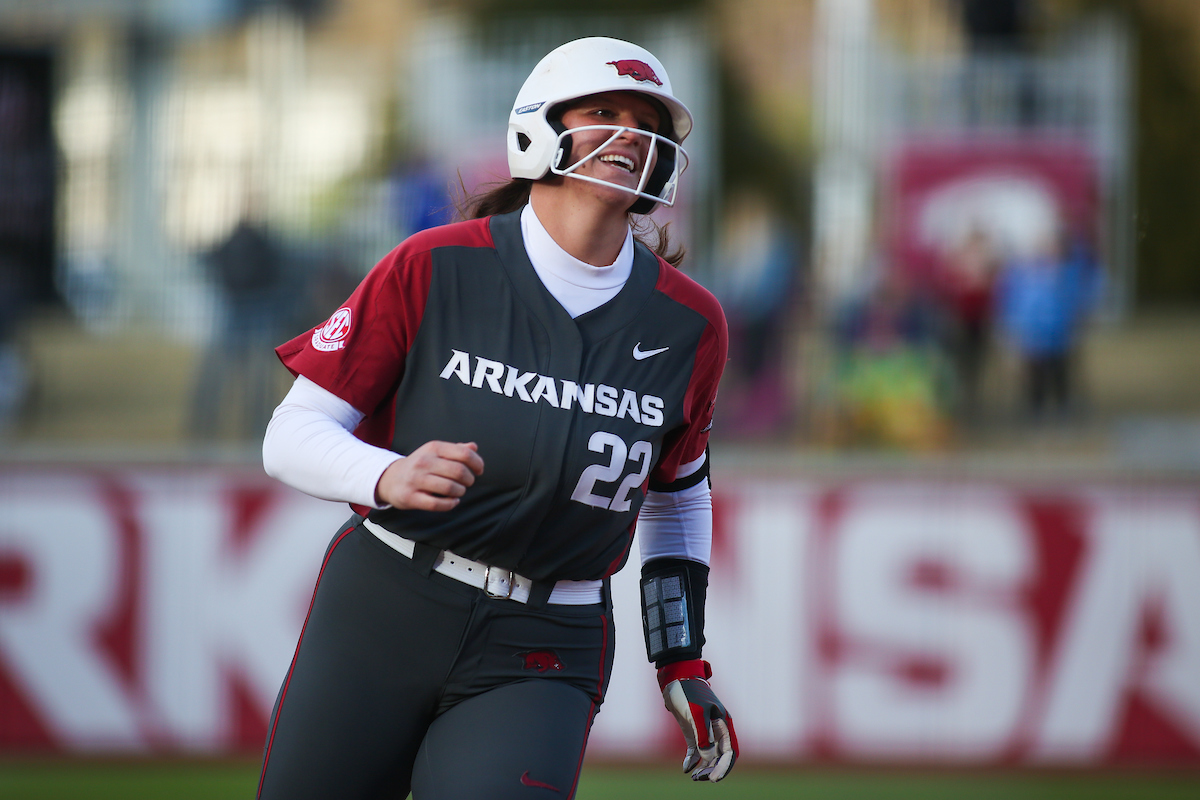 No. 9 Arkansas Blasts Past No. 17 Auburn

FAYETTEVILLE, Ark. – The Bogle Bombers were back in action as No. 9 Arkansas erupted for four home runs to climb past No. 17 Auburn, 7-4, in the series opener Friday night at Bogle Park. Senior Linnie Malkin led the way with two blasts in her fourth career multi home run outing.

With the victory, Arkansas improves to 26-7 and 7-3 in SEC play. The Hogs look to clinch their fifth-consecutive SEC series win in game two versus the Tigers Saturday.

All seven of the Razorback’s runs resulted from home runs. Malkin starred at the plate, rocketing two home runs in the first and third while continuing to illustrate the threat she possesses in the Razorback lineup, especially with two outs. Sophomore Hannah Gammill went 2-for-3 on the night, smoking a three-run homer in the first and lining a two-out double in the third. Graduate Taylor Ellsworth took care of business in the three-hole, accounting for the Hogs’ other home run on a solo shot to center while forcing a walk. Senior Danielle Gibson continued to shine, going 2-for-3 with a run. KB Sides, Hannah McEwen and Valerie Ventura totaled a hit each.

Auburn made it even at four in the top of the third, but an Ellsworth solo home run and a Malkin two-run tank in the bottom frame gravitated a permanent 7-4 lead for Arkansas.

Arkansas and Auburn kick off game two at 1 p.m. Saturday. The game will be broadcast on SEC Network.