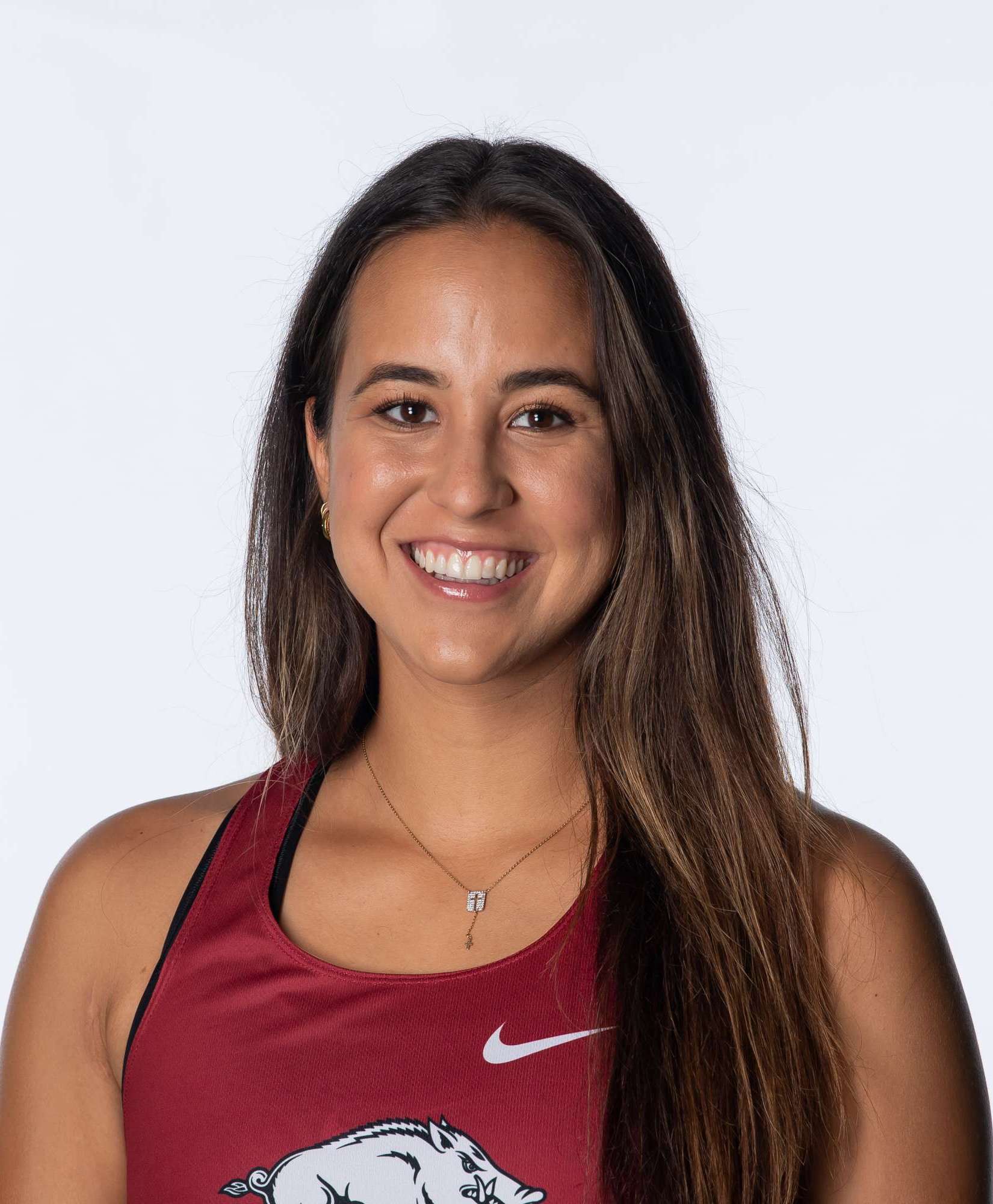 Olaya was one of 14 members named to the SEC Community Service Team for women’s tennis, with all teams submitting members for the 2020 season.

The Little Rock, Arkansas, native, has been an active member in the Fayetteville community throughout her five-year career at Arkansas. Olaya has dedicated her time to a variety of community service projects including multiple visits to the NWA Children’s Hospital in which she spent time interacting with the resident patients of the hospital. She was a huge part of the Team Luke charity event in which she taught tennis to members of the Arkansas community to raise money for children with traumatic brain injuries.

In addition, the senior was an asset to the Fearless Food Fight campaign and helped pack meals which were used to stock food banks and pantries across the state of Arkansas. Olaya also partook in a day long Habitat for Humanity team build in which she aided in the construction of a house for a local family in need.

Other also volunteered at the Fayetteville Marathon, assisting in race day operations on the course.

“Representing Arkansas and the Razorbacks on the court, in the classroom and in our community has been a great honor of mine,” Olaya said. “I have had the privilege of seeing the positive impact volunteering has and the importance of giving back. A special thank you to Mr. Rodger Hunter who has taught me about true passion and love for helping others. This is a lesson I will carry on for the rest of my life.”