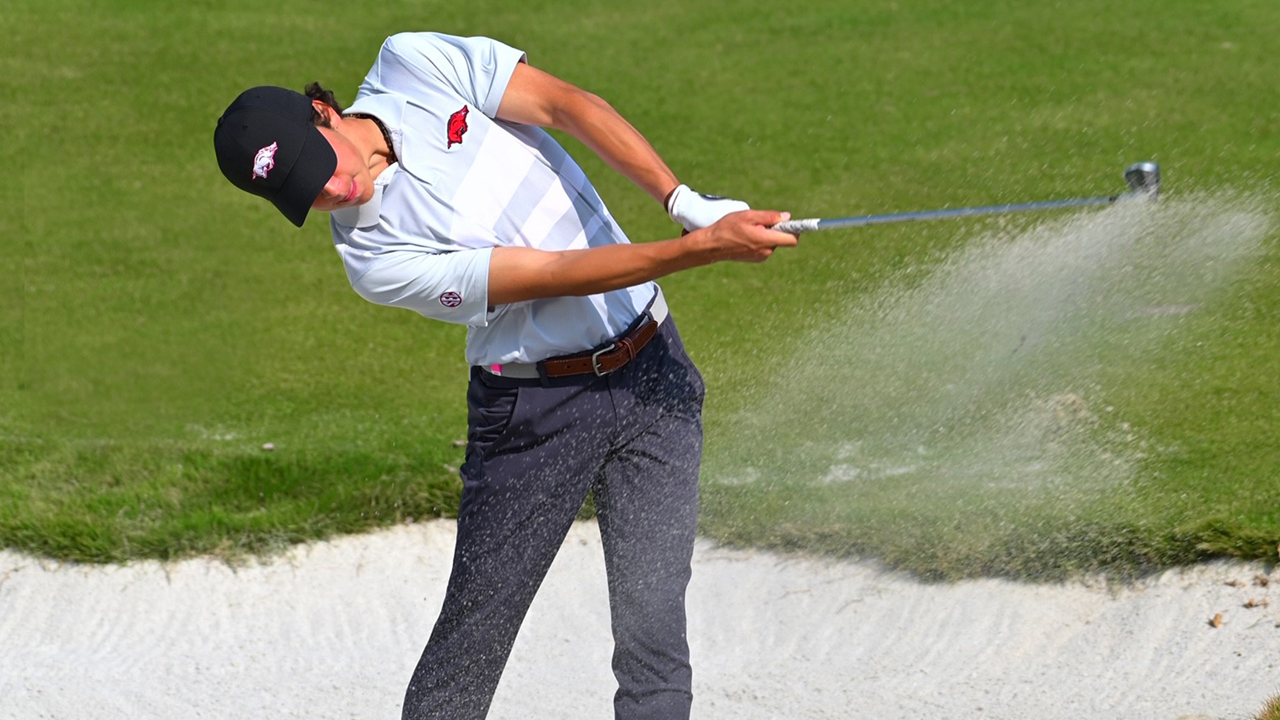 FAYETTEVILLE – Razorback junior Segundo Oliva Pinto birdied his last two holes to card an even-par round of 72 and he is 2-under after 36 holes at the inaugural Blessings Collegiate Invitational, presented by Tyson Foods. Arkansas is seventh in the 14-team field, featuring all Southeastern Conference members.

Oliva Pinto, who turned in six birdies on day two, had bogeys on holes 15 and 16. However, the junior rallied with birdies on the final two holes to finish with an even-par round Tuesday. He is tied for ninth (70-72=142/-2). One of those two birdies came on the par-3, 17th hole to help him lead the field in par-3 scoring at -4.

Manuel Lozada also carded six birdies Tuesday with a stretch of three over four holes to get to 1-under after 11 holes. The freshman faced his first adversity as a collegian with bogeys on holes 13, 15, 16 and 17. However, Lozada flushed an iron from about 210 yards out on the 18th fairway and sank a seven footer to end with a birdie. He was 2-over for the day and is tied for 20th at +2 (72-74=146) for the event.

Tyson Reeder and Wil Gibson also fired a 2-over 74 on Tuesday, trimming three and five strokes, respectively, off their opening-round total. Reeder is tied for 39th (77-74=151) and Gibson is tied for 49th (79-74=153). Gibson, who posted five birdies, was on track to at least tie a career-best round at -2 before being forced to take two penalty strokes on the 18th hole. 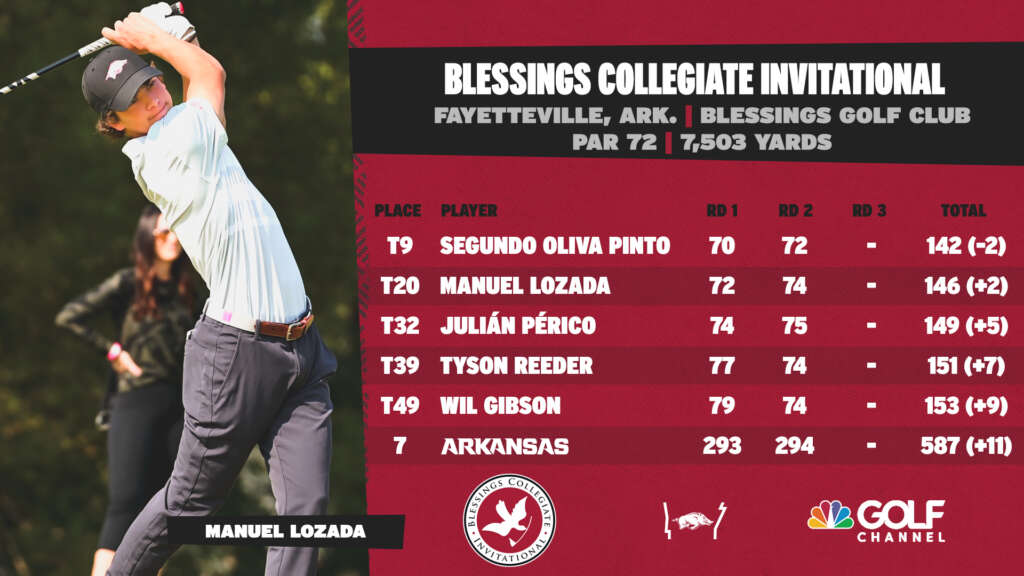