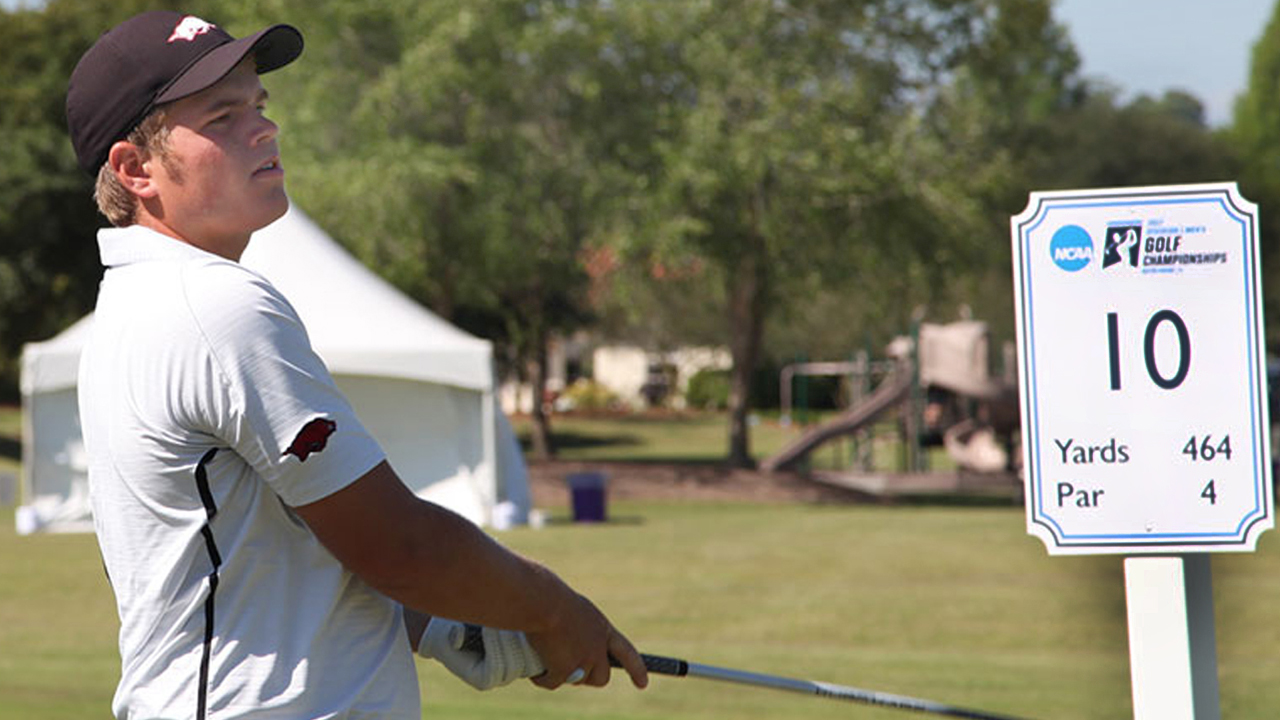 ON THIS DAY: Overstreet Finishes Runner-Up at 2017 NCAA Championship

Entering the final round six shots off the lead, Overstreet quickly jumped into contention after birdies on two of the first three holes. As strong winds and high scores brought the leaders back to the field, Overstreet made the turn to the back nine just two shots off the lead and proceeded to hole out from the bunker for birdie on No. 10 to close the gap to one stroke.

These hole outs from the sand are becoming a regular thing! @ArkRazorbacks' Mason Overstreet with the honors. #WPS #NeverYield #NCAAGolf pic.twitter.com/OURnpOQKvk

After a birdie on 12, the Kingfisher, Okla., native found himself alone in second place and chasing Ole Miss’ Braden Thornberry. Overstreet dropped shots on 16 and 17, but he came back with a tap-in birdie on the 72nd hole of the championship to secure a runner-up finish – holding off three others – with rounds of 70-68-72-71=281 (-7). Thornberry won the championship with an 11-under-par 277.

Head coach Brad McMakin said at the time, “What Mason accomplished this week is incredible He never lost focus or let the moment get to him.