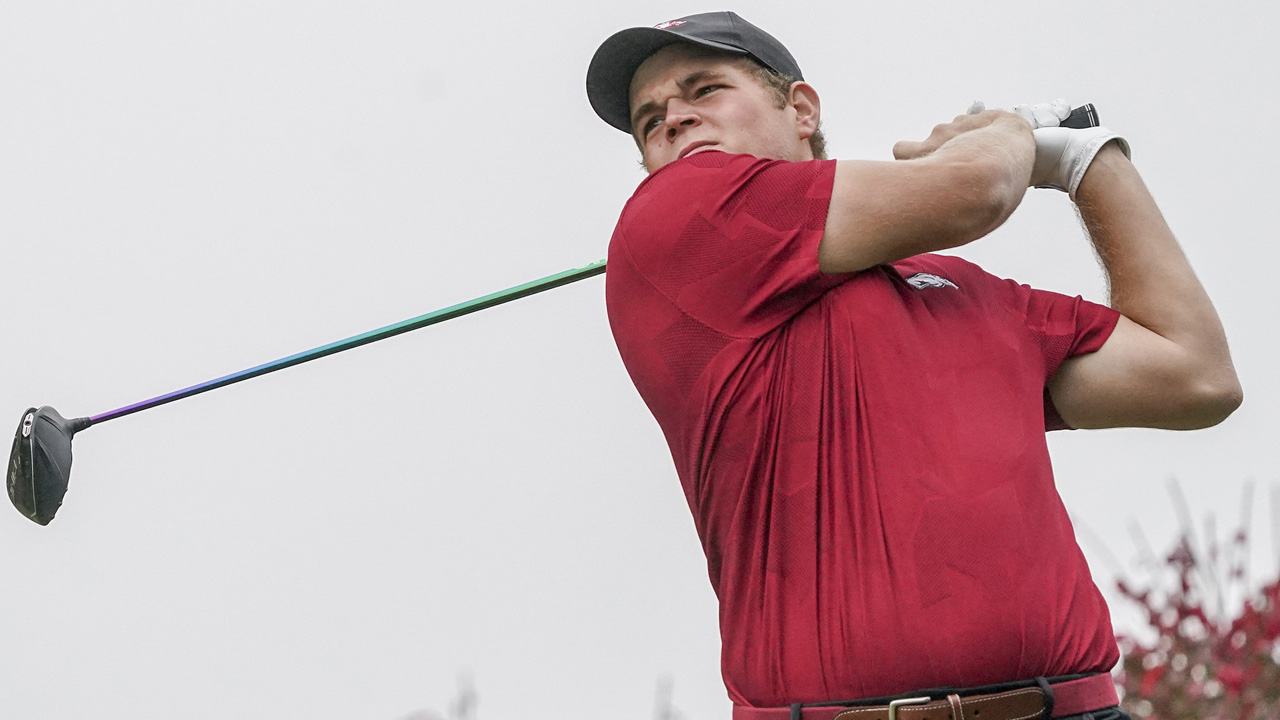 The event was a one-day, 36-hole tournament and only individuals. Also participating for the Razorbacks were Tyson Reeder and Denver Davis.

Overstreet was the leader after the morning 18 holes, shooting a 4-under par 67. He had seven birdies, including two straight to finish round one. He carded a 75 in the second round to tie for second – one shot off the lead – with an even-par142 (67-75).

Gibson had four bogeys and three birdies for a 1-over-par morning session. In round two, he had three bogeys, a birdie and an eagle on the par-5, third hole for an even-par round. He tied for fifth – two shots back – with rounds of 72-71 for a 1-over-par 143.

The Razorbacks will officially open the spring season this weekend (Feb. 12-14) at the University of Florida Gators Invitational.