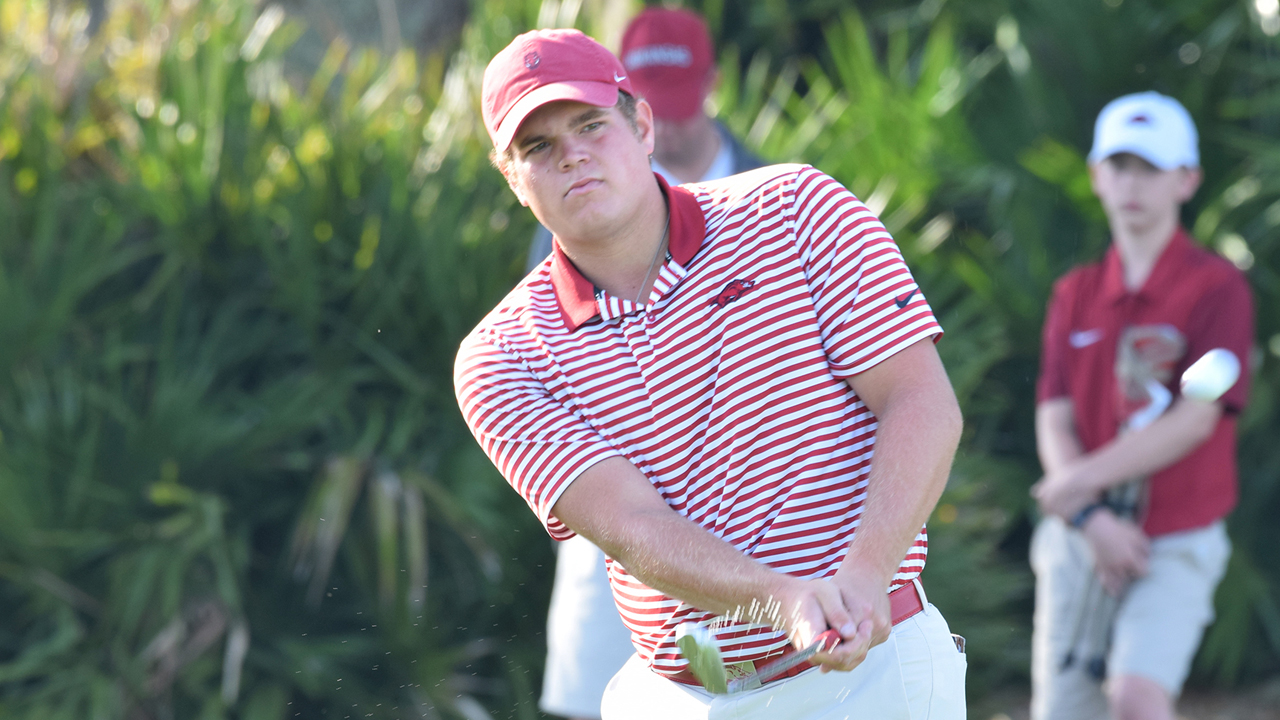 Overstreet Picks Up Another Academic Honor

FAYETTEVILLE – For the second straight year, Razorback senior golfer Mason Overstreet was voted 2020 Academic All-District® 6 Men’s At-Large Team. Selected by CoSIDA, the honor recognizes the nation’s top student-athletes for their combined performances in athletic competition and in the classroom.

The At-Large team may be the most exclusive in the CoSIDA realm as it features student-athletes from 12 sports including fencing, golf, gymnastics, ice hockey, lacrosse, rifle, skiing, swimming, tennis, volleyball, water polo and wrestling. Only 10 NCAA Division I golfers made the 88-person squad covering eight districts and Overstreet was the only SEC golfer to make the list.

Overstreet will now be eligible for Academic All-America honors, which will be announced in mid-June.

Overstreet graduated from the University of Arkansas with a degree in business finance, posting a 3.89 GPA. The Kingfisher, Okla., native was voted SEC Men’s Golf Scholar-Athlete of the Year for the second time and is a nominee for the SEC’s H. Boyd McWhorter Scholar-Athlete Post-Graduate Scholarship. He has earned SEC Academic Honor Roll four times, has posted a perfect 4.0 five times to earn Chancellor’s List, and has earned Dean’s List (3.75-3.99 GPA) three times (only four career “B’s”).