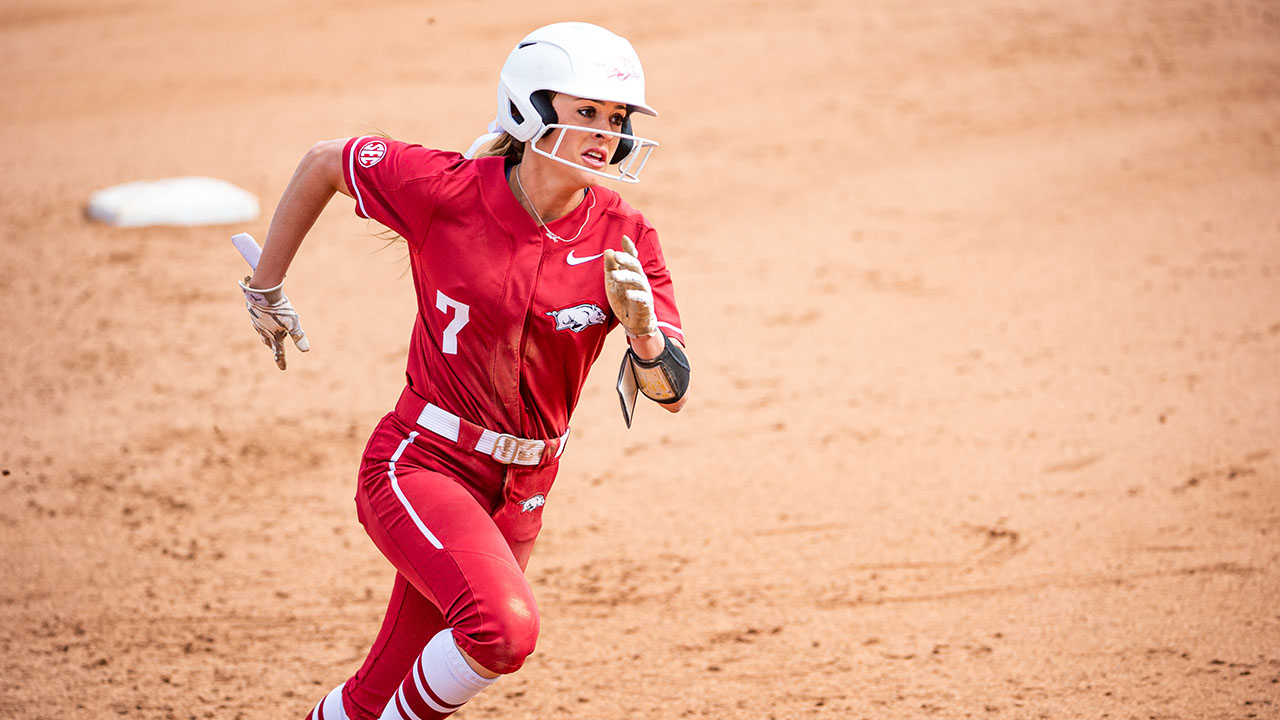 FAYETTEVILLE, Ark. – For the second consecutive year, University of Arkansas senior outfielder Sydney Parr has been selected to the SEC Community Service Team. Each year the Southeastern Conference announces a community service team for all 21 league sponsored sports as it looks to highlight an athlete from each school who gives back to their community in superior service efforts.

A native of North Little Rock, Ark., Parr volunteered this past summer to collect approximately 2,000 pounds of new and gently used baseball and softball equipment for donation through the Pitch in for Baseball and Softball (PIFBS) non-profit organization, to those in need across the country. She also spent time with kids at Our House Shelter in Little Rock, which empowers homeless and near-homeless families in Central Arkansas. Parr made an impact in the community by volunteering with the Miracle League to provide those with disabilities the opportunity to play baseball. She also participated in a walk to support Down Syndrome awareness and read to local elementary school students in Northwest Arkansas. Furthermore, she has been an ambassador for the sport by volunteering at numerous softball summer camps to speak on her experiences in the game. Parr remains an active member on campus through student-athlete development.

In addition to her service in the community, Parr has made an impact both on the field and in the classroom. Earlier this month, she was named to the CoSIDA Academic All-District First Team by holding a 3.78 GPA while graduating with a bachelor’s degree in journalism. On the diamond, the Natural State product started all 25 Razorback contests this season and scored the second-most runs on the team (21), while ranking fourth in both batting average (.338) and on base percentage (.439). The slap hitter set a career single-season high by drawing 13 walks, ranking second among all Razorbacks.