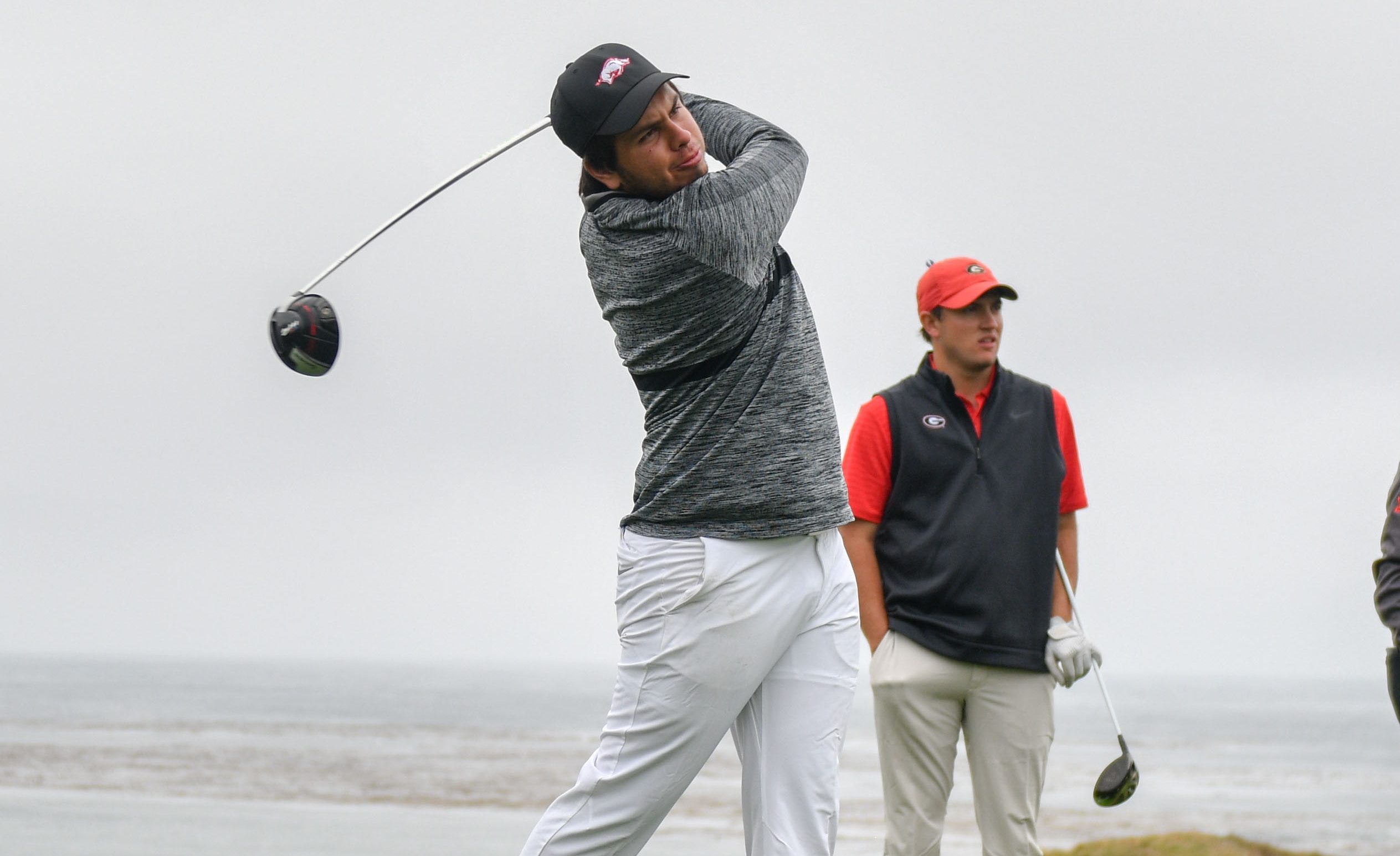 PEBBLE BEACH, Calif. – For the second consecutive day, Arkansas sophomore Julian Perico fired a 4-under-par 68 while senior Tyson Reeder carded a bogey-free, 5-under 67 at the Carmel Cup, played at Pebble Beach Golf Links (par 72 – 6,828 yards). The Razorbacks were 8-under in round two and stand in third place with a 36-hole score of 705 (-15).

Perico is one stroke out of the lead after posting his second straight 68. He shared the lead most of the back nine after recording birdies on holes 10, 11 and 12. He finished his round with six straight pars and leader Garrett Reband (Oklahoma) had a birdie on the 17th hole to take the one-stroke lead. Overall, Perico had five birdies and leads the field on par 4 scoring with an average of 3.80.

Reeder was the big mover for the Razorbacks Saturday, climbing 11 spots into a tie for 10th thanks to his bogey-free round of 67. The senior got off to a strong start with an eagle on the par 5, second hole. He then birdied the fourth hole. He added birdies on holes 10 and 13 and finished with 14 pars. He has 26 pars through 36 holes – the third-best total in the field. Reeder, like Perico, is one of the field’s best playing the par 4’s with a scoring average of 3.85.

The third and final round will be played Sunday (Sept. 1).