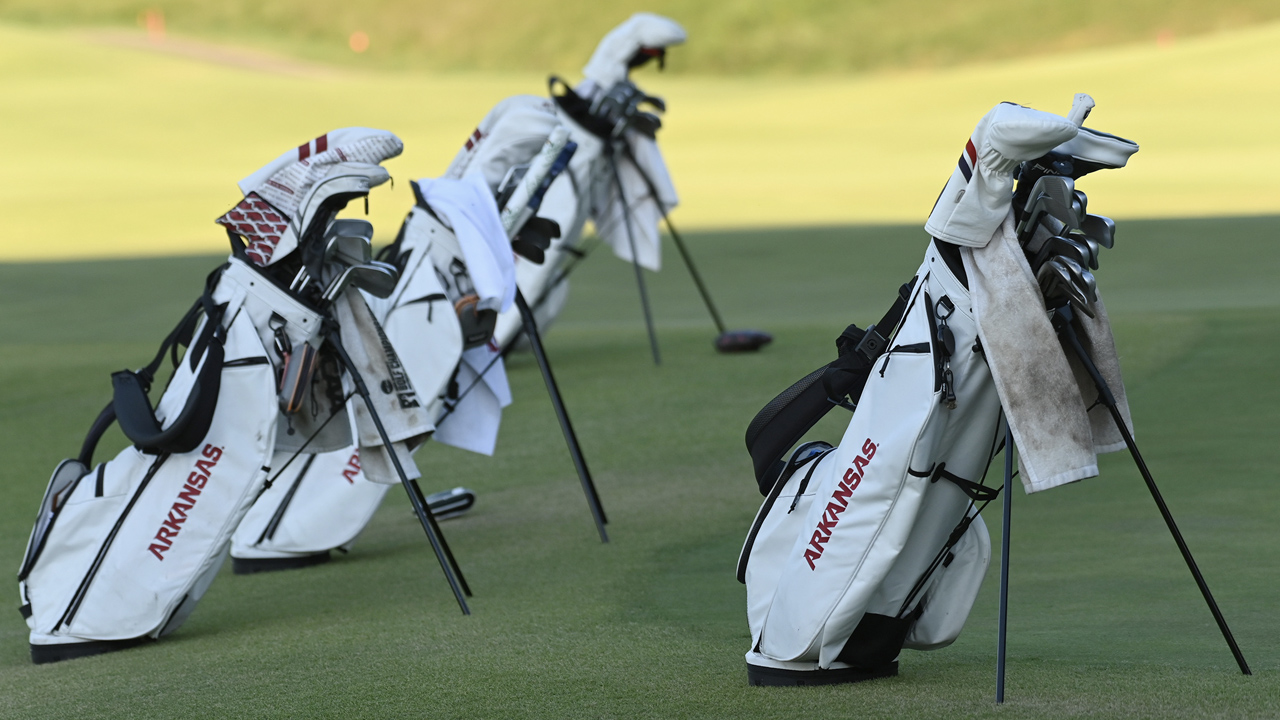 JUNO BEACH, Fla. – Arkansas struggled in the morning session but were a 4-under-par in the afternoon before play was suspended with the Razorbacks needing to play 1-to-3 holes to complete their round. Arkansas was in seventh place at (+2) when play was suspended through 33 holes. The Razorbacks are being led by fifth-year senior Julian Perico, who is second at 8-under-par with three holes left to play in his second round.

Arkansas (+2) after 33 holes Monday and Oklahoma State (+1), who finished all 36 holes, are battling for the sixth and final spot in the seven-team field to advance to match play on Wednesday.

Perico was tied for eighth after the opening round, carding a 3-under-par 69. Perico got off to a hot start with back-to-back birdies and he was 4-under after seven holes with consecutive birdies on holes 5, 6 and 7. He was 1-over on the back nine to finish round one with a 69. He then opened the second round on hole 10 and was 5-under through his first six holes with birdies on holes 11, 12 and 15 and an eagle on hole 14. Perico dropped a shot on hole 16 but rallied with birdies on holes 1 and 3 to stand at 6-under. He bogeyed hole 4 and reeled off pars on holes 5 and 6 before his round was halted due to darkness.

* – did not complete round two, score in parenthesis is score when play was suspended