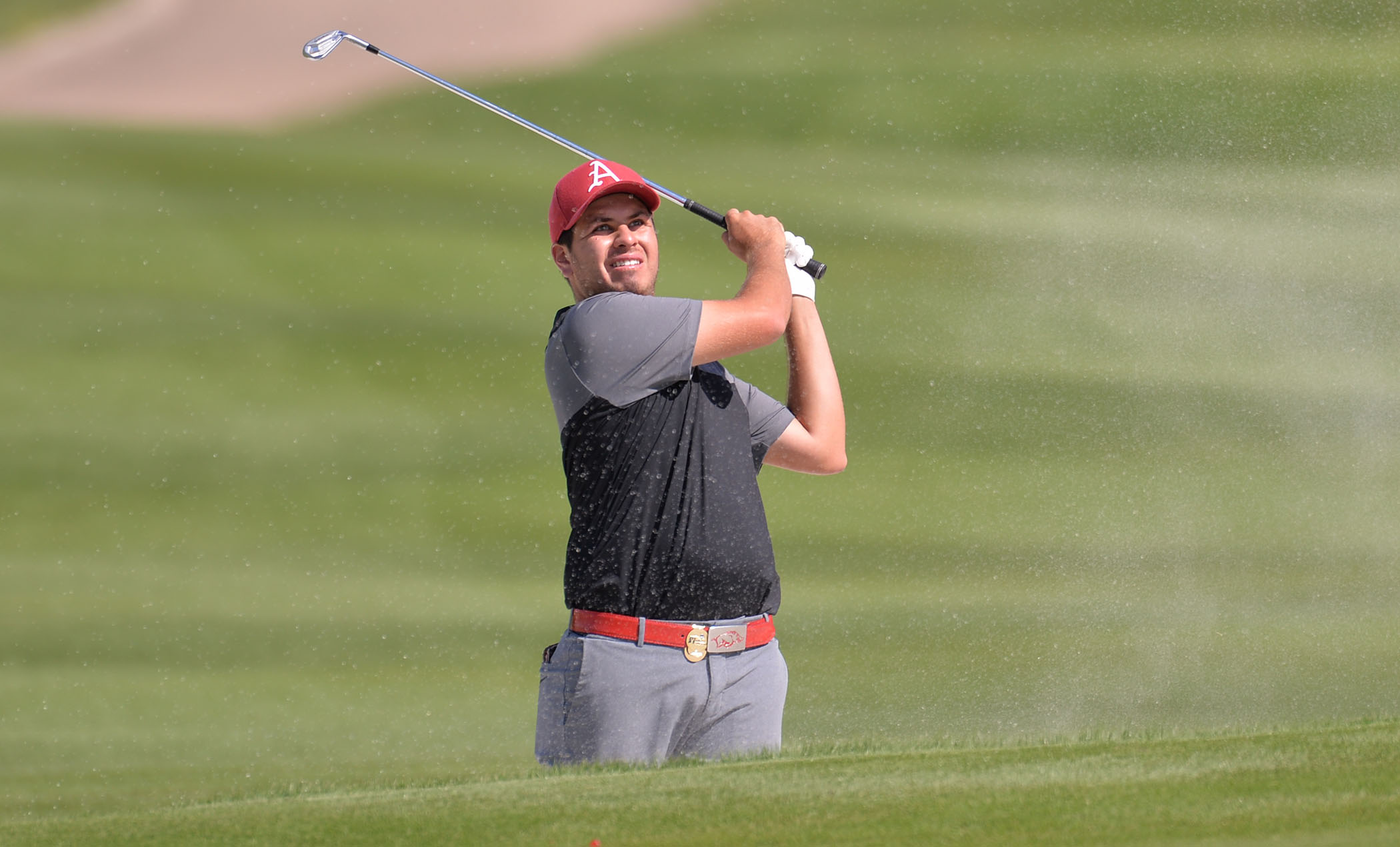 PEBBLE BEACH, Calif. – Julian Perico fired three rounds in the 60’s to finish runner-up and Mason Overstreet carded a 66 on Sunday to tie for third as both Razorbacks had career-bests for scores in relation to par. Arkansas posted a final-round 13-under-par 347 to finish third at the Carmel Cup, played at historic Pebble Beach Golf Links (par 72 – 6,828 yards).

Perico finished runner-up with rounds of 68-68-67 for a 54-hole score of 203, which ranks sixth best in school history. However, Perico’s three-round total of 13-under-par ties his career best (shooting 13-under with a school-record 197 in winning the par 70 Jerry Pate Invitational last fall). The 13-under par total ties for third best in the Razorback record book. After 15 collegiate events, Perico had recorded four Top 5 finishes and 15 rounds in the 60’s.

The freshman shot a bogey-free 67 Sunday, carding four birdies on the front nine and one on the back. Like yesterday, he moved into the lead with his birdie on 12 but settled for a runner-up finish after finishing with six pars. He finished with 15 birdies and his 4.83 scoring average on the par 4’s was second best in the field for the weekend.

Overstreet, who tied for third with scores of 68-71-66 (205), carded two eagles on Sunday as he led the field in par 5 scoring (4.33) for the weekend. He finished the day with a 6-under-par 66 and ended the event at 11-under par, which is a career-best for the senior. The 11-under also ties for ninth on the Razorback all-time list in relation to par. Overstreet now has 27 career rounds in the 60’s and has posted a round of 66 or better seven times.

The Razorbacks return to action in seven days, playing in the annual Gopher Invitational Aug. 8-9. The Razorbacks have won the event twice and William Buhl is defending individual medalist. 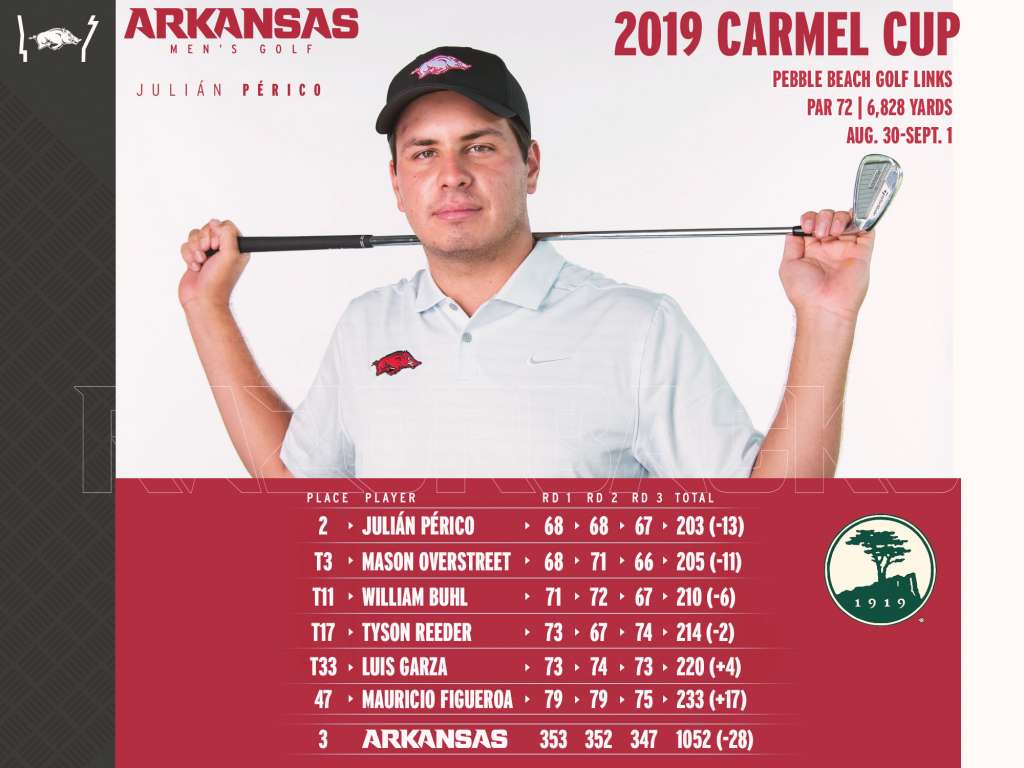