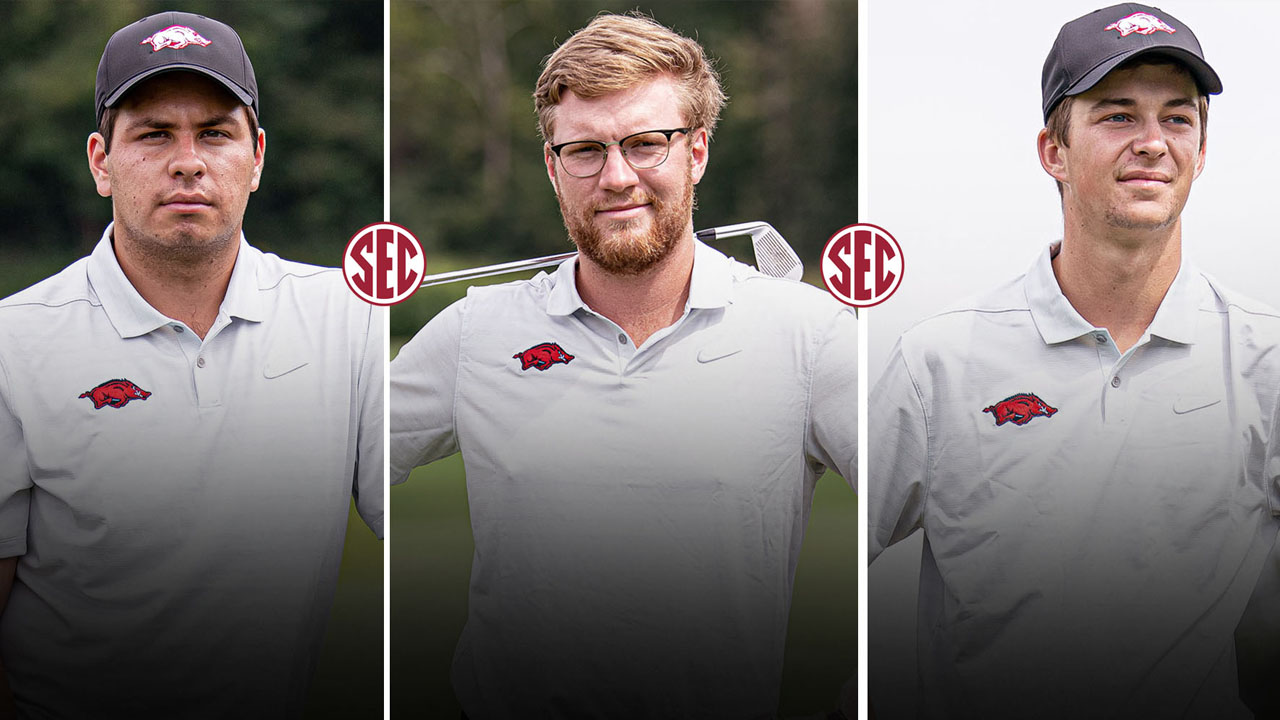 Perico is the first Razorback to earn first team All-SEC since 2014 when Sebastian Cappelen – a three-time, first team selection – was honored. Perico and Buhl are the first teammates to be named to the All-SEC team since 2012 when Cappelen and Ethan Tracy were both tabbed first team.

Perico adds to his resume as he was named to the SEC All-Freshman team last season and he has earned PING All-Region honors in each of his two seasons. This past year, the Lima, Peru, native set a school record with his season scoring average or 70.38. He had three top-5 finishes, including runner-up at the Carmel Cup. He led the team with 10 rounds in the 60’s with a total of 16 rounds at par or better. Of his 24 rounds, Perico’s score counted a team-best 23 times. He also led the team in being the low Razorback for a round 10 times and being the low Razorback at an event four times. Perico carded a team-best 91 birdies and was the only Razorback to post a double-eagle, holing out from 140 yards with a 50-degree wedge on a 550-yard, par 5 in his final event of the year – the Cabo Collegiate.

Buhl became the 24th Razorback to be selected All-America for his play this past season. He ranked 35th in the final Golfweek/Sagarin rankings, had one win in 2019-20 (defending his Gopher Invitational title), and posted a team-best six top 20 finishes. He additionally led the team with 17 rounds at par or better, including eight rounds in the 60’s. Buhl ended the season with a scoring average of 70.65 – the second-best season average in school history – thanks in part to a third-round scoring average of 69.0. Of his 23 rounds, Buhl’s score counted to the team total 21 times.

Gibson, who redshirted this past season, was recognized for his work as a member of the Razorback Student-Athlete Advisory Committee. He additionally participated in the Fearless Food Fight, a collaboration with the Blue Cross and Blue Shield to fight hunger in Arkansas, and City Youth Ministries.