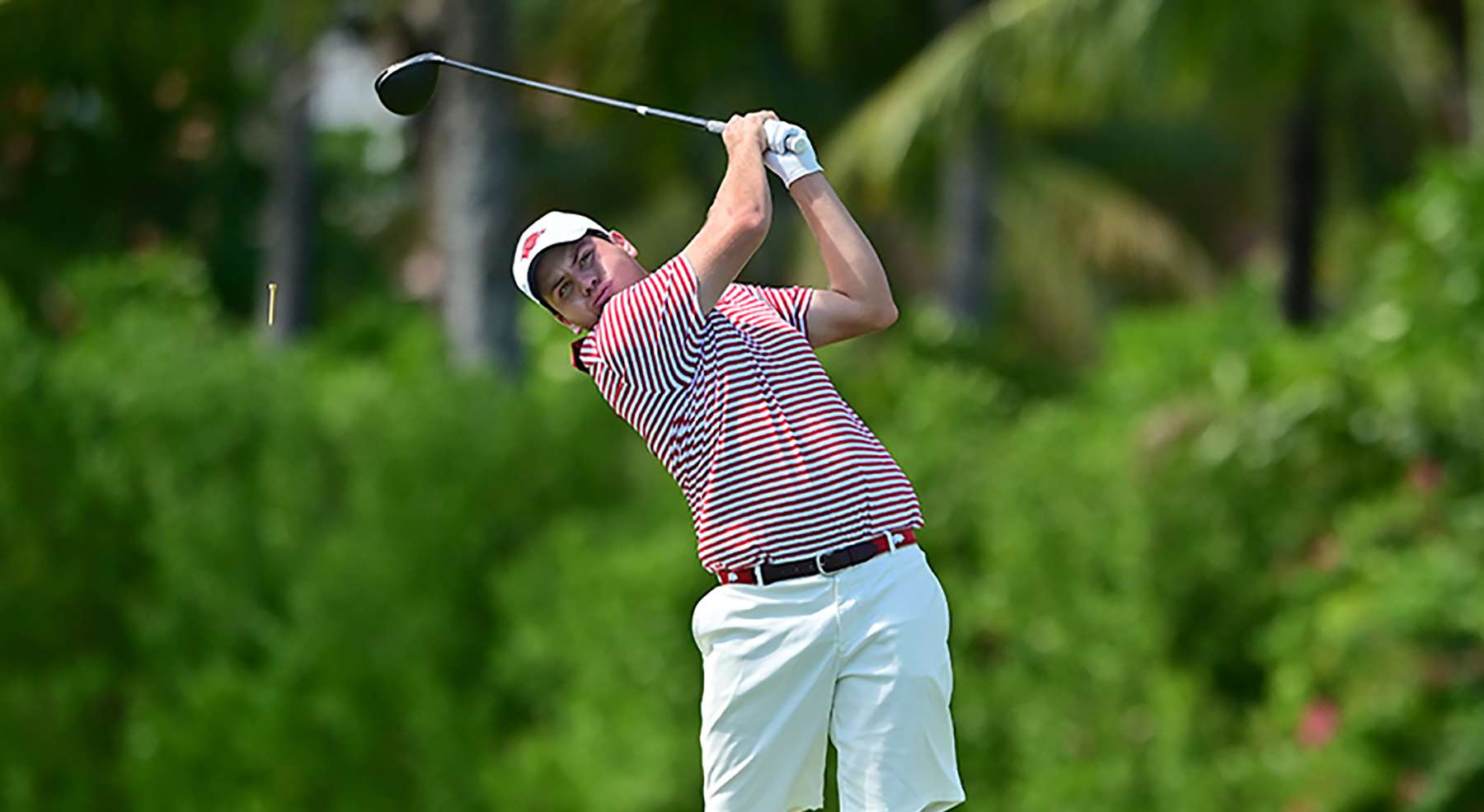 PARADISE ISLAND, The Bahamas – The 22nd-ranked Arkansas men’s golf team had all five golfers shoot par or better and the Razorbacks stand in a tie for fourth with a 9-under par round of 279 after 18 holes at the White Sands Invitational, played at the Ocean Club Golf Course (par 72, 7,159 yards).

Sophomore Julian Perico carded six birdies on the day, including four over a six-hole span, to finish with a 5-under-par score of 67 to stand in a tie for fourth. Luis Garza (-3) and Tyson Reeder (-1) joined Perico under par Friday while William Buhl and Mason Overstreet came in at even par.

Arkansas’ 9-under round Friday was the team’s best of the season.

Florida State leads the 14-team field, posting a 13-under round of 275, followed by host and #39 Houston (276) and #2 SMU (278). MTSU is tied with the Razorbacks for fourth (279). Rounding out the top 10 are top-ranked Wake Forest, Miami (OH), #46 UAB, Georgia Southern and Illinois State. Wake Forest’s Parker Gilliam sits atop the individual leaderboard after 18 holes, shooting an impressive 12-under-par 60 to lead by six shots.

For Perico, the 67 ties his best round of the season as does his 5-under score in relation to par – matched in round three in the season opener at Pebble Beach. This is the second time Perico has fired six birdies in a round this season. On Friday, he opened with three pars before posting back-to-back birdies. He dropped a shot on the par-3, 12th hole but answered with birdies on holes 13, 16, 17 and 18.

Garza, who is tied for 14th, also turned in six birdies and finished with a 3-under-par 69, his best round of the season when completing in the starting five. (Garza shot a 67 while playing as an individual at the Bearcat Invitational.) After a par to open his round, the senior had a bogey on the par-4, 5th. However, Garza responded with three birdies over his next six holes. He fell back to even on the day with bogeys on holes 12 and 14. Garza righted the ship with three birdies over his final seven holes.

Reeder was 4-under through his first 14 holes before suffering a double on the par-4, 17th and bogey on the 18th. However, the senior bounced back with pars on his final two holes for a 1-under round of 71 to stand in a tie for 29th.

Buhl and Overstreet are tied for 41st, each shooting an even-par 72. Mauricio Figueroa, playing as an individual, shot a 77 and is in 78th place.

Round two is set for Saturday and the Invitational will conclude with 18 holes on Sunday. 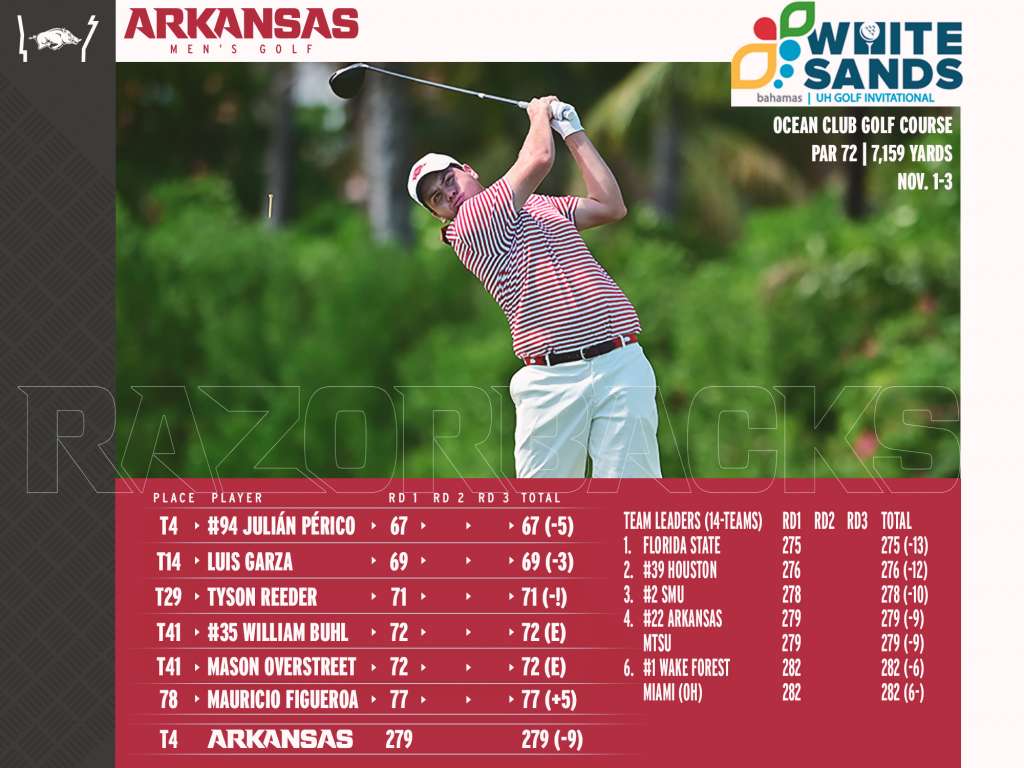