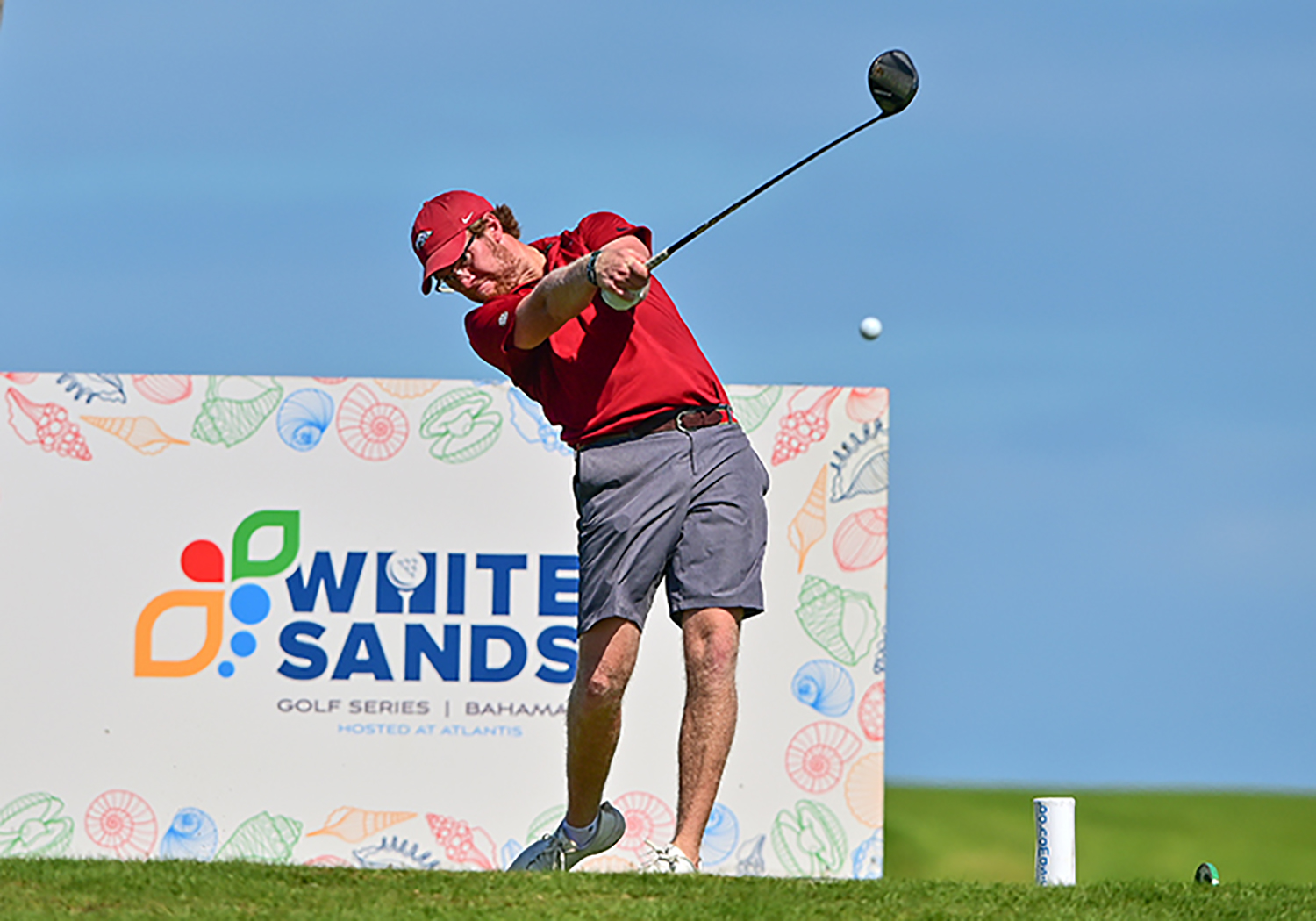 PARADISE ISLAND, The Bahamas – Julian Perico fired a bogey-free, 3-under-par 69 and is tied for second at the White Sands Invitational, played at the Ocean Club Golf Course (par 72, 7,159-yards). The 22nd-ranked Razorbacks turned in an even-par round of 288 in round two and are tied for sixth with a 36-hole score of 567 (-9).

Perico is three strokes off the lead and the Razorbacks are in a group of six teams in the top half of the field separated by four strokes.

With his 69 Saturday, Perico has a team-best eight rounds in the 60’s among his 14 rounds this season to lower his season scoring average to 69.8. He opened Saturday with six straight pars then had birdies on three of his next six holes. He finished with another run of six consecutive pars.

William Buhl climbed 19 spots into a tie for 22nd after carding a 2-under-par round of 70. Overall, he is 2-under with a total of 142. On Saturday, Buhl opened with a birdie and closed with a birdie. In between, he had 14 pars, a bogey and a birdie. Thanks to his even par round on Friday and 2-under round today, Buhl has shot par or better a team-best 12 of the 14 rounds with his season scoring average sitting at 69.9.

The third and final round of the Invitational will conclude with 18 holes on Sunday. 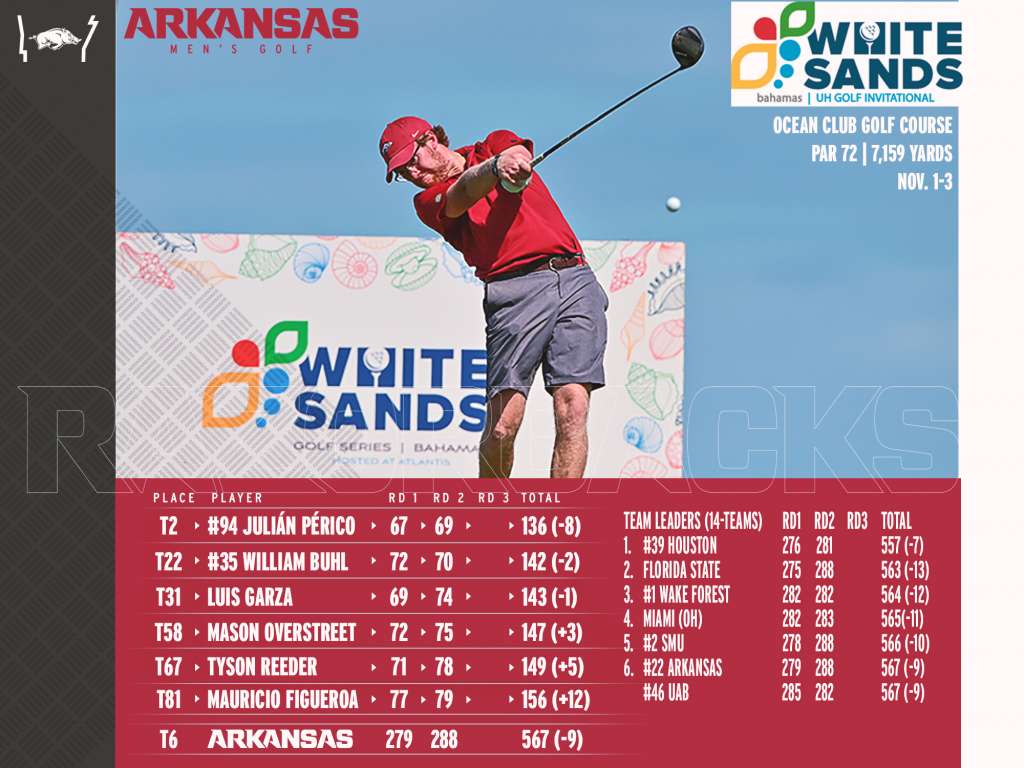