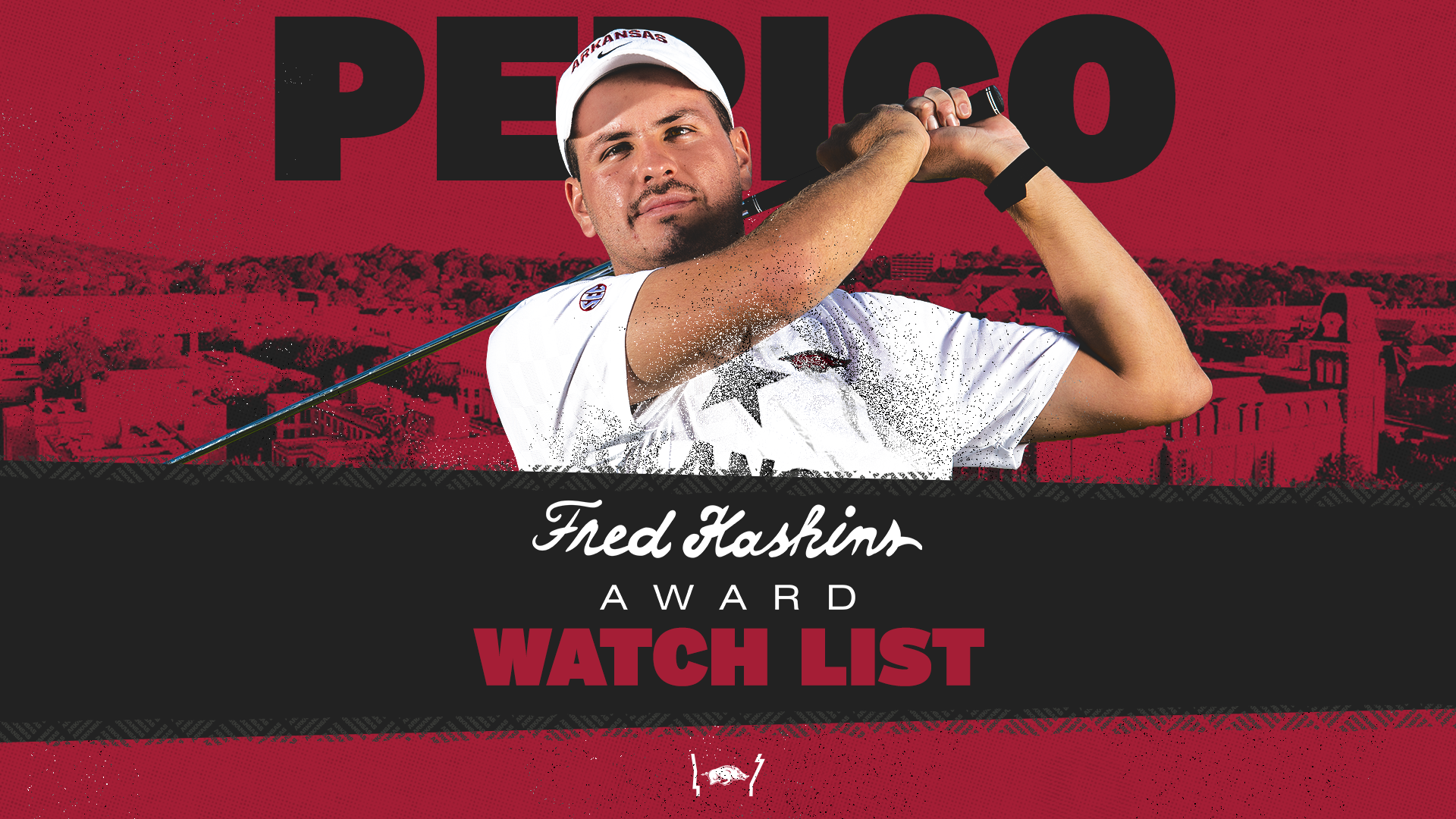 FAYETTEVILLE – Arkansas junior Julian Perico is one of 20 players that landed on the Haskins Award Watch List through the 2020 fall season.

Since its formation in 1971, the Haskins Commission has been devoted to amateur golf and the presentation of the Haskins Award. This coveted trophy honors the year’s outstanding college golfer and the memory of Fred Haskins, an obscure club pro that spent his life nurturing and mentoring amateur golfers. The commission, based in Columbus, Ga., oversees the voting conducted among college golfers, coaches and golf media.

Keep up with the race to the Fred Haskins Award by viewing Golfweek’s Sagarin Rankins and the Golfstat Rankings. Each week Golfweek rates the individual play of the nation’s college golfers, a good indicator of who will be on top when players and coaches vote on the prestigious Haskins Award at the end of the season

Perico made his case for the watch list after winning the Vanderbilt Legends Collegiate in October with a score of 199 (14-under par) versus a field that included four others on the list. His second career win came in dramatic fashion as he eagled the final hole – hitting a two iron for his second off the cart path to 20 feet – to defeat fellow Haskins Award candidates John Augenstein (Vanderbilt; #12 in the World Amateur Golf Ranking)) by one stroke, Alex Goff (Kentucky) by two and Davis Thompson (Georgia; #2 in WAGR) by three strokes.

Perico finished the three fall events with a 69.78 scoring average with two top 20 finishes and four rounds in the 60’s. He is ranked eighth in the nation according to Golfstat, 37th in the Golfweek Sagarin Rankings and has climbed 61 spots to 87th in the WAGR. Perico is additionally the top-ranked amateur in his native Peru and second-ranked amateur in South America.