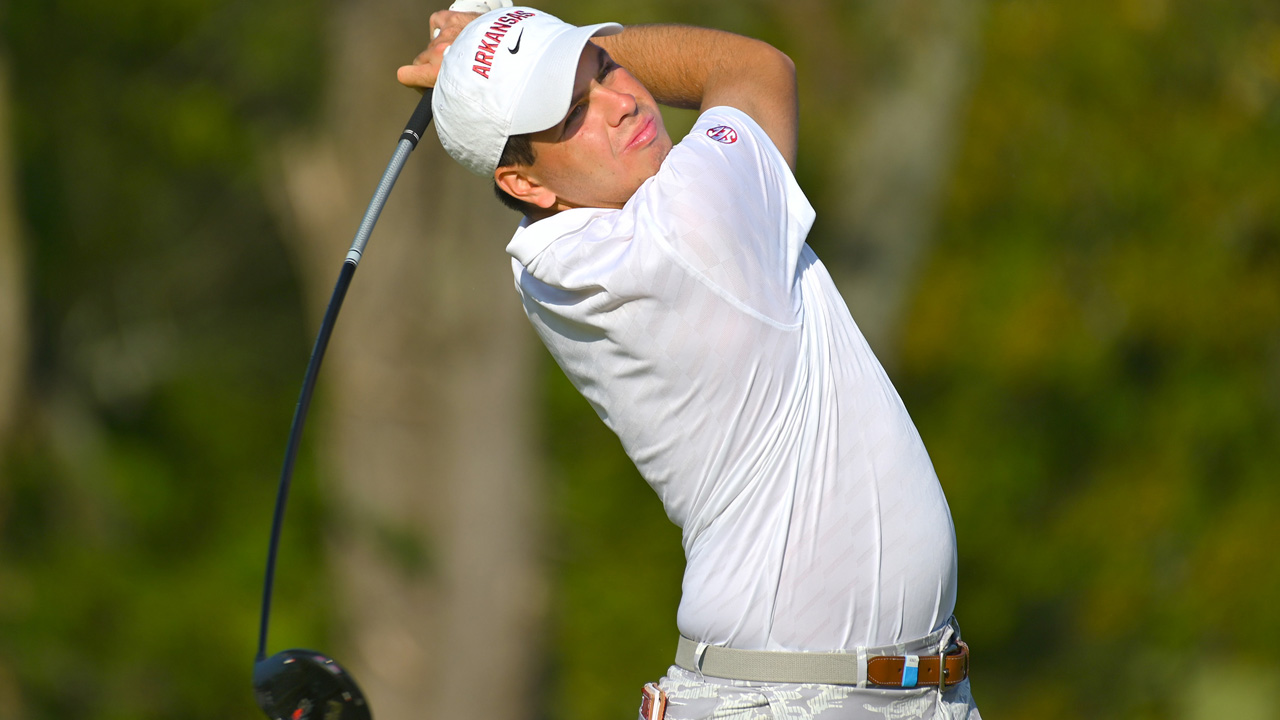 WEST POINT, Miss. –Julian Perico and Tyson Reeder were a combined 15-under today as #22 Arkansas shot a program-record 19-under-par (269), also the best round of the day, and climbed seven spots into sole possession of third at the Old Waverly Collegiate Championship.

All six Razorbacks birdied their final hole Saturday – the par-5, 582-yard par 9. Arkansas was the only team to accomplish the feat in round two.

Perico climbed from 48th to third with his career-best, 8-under-par round, while tying his career-best with an 18-hole score of 64. The 8-under par round tied for third-best in school history in relation to par, trailing a pair of 9-under rounds set by Matt Bortis in 2005-06 and Darren Holder in 2002-03.

The junior, starting on hole 10, was hot out of the gates with birdies on three of his first four holes. He dropped a shot on the par-4, 14th hole but bounced back with an eagle on the par-5, 15th and a birdie on the par-4, 17th. He closed his front nine with two pars to stand at 5-under at the turn. Perico opened his back nine with birdies on holes 1 and 2 then reeled off six pars before finishing his round with a birdie. He is tie for third with teammate Tyson Reeder with rounds of 74-64=138 (-6).

Reeder, like Perico, opened with a pair of birdies but dropped a shot on the par-3, 12th hole. However, he turned in a clean scorecard the rest of the way with birdies on holes 17, 2, 3, 5, 6 and 9. The last birdies lifted Arkansas to the school record as he was the last Razorback on the course.

Segundo Oliva Pinto also made a jump, moving from 48th into a tie for 30th thanks to a 3-under-par 69 on Saturday. He had birdies on two of his first six holes before suffering a bogey on the 17th hole. The junior was 2-under the final 10 holes with eight pars and birdies on holes 3 and 9. 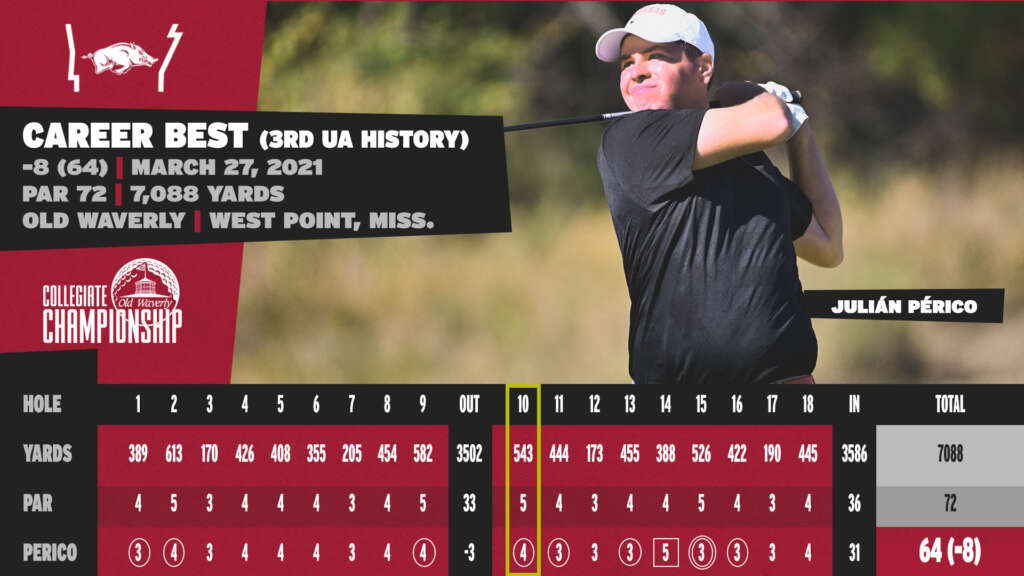 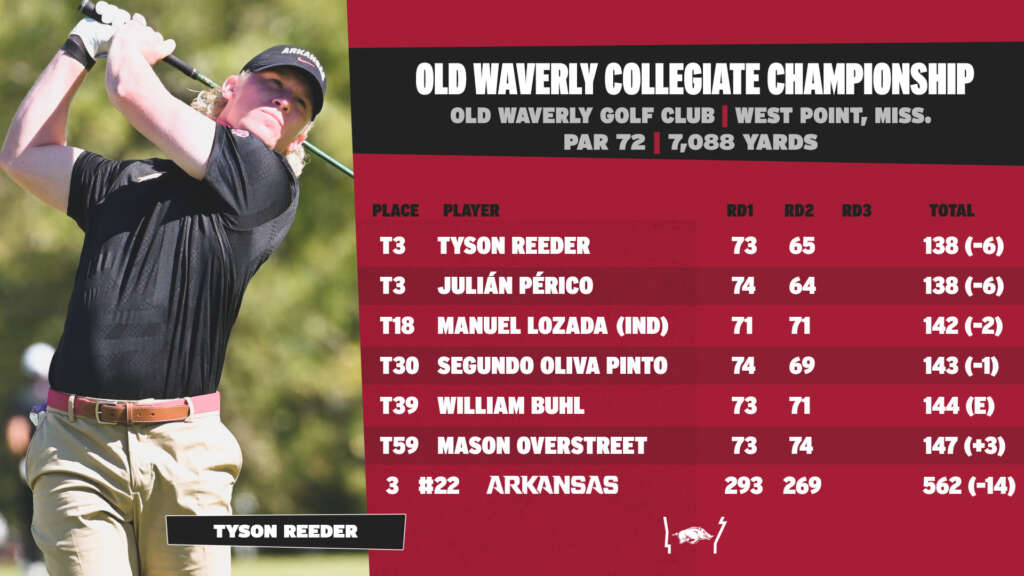