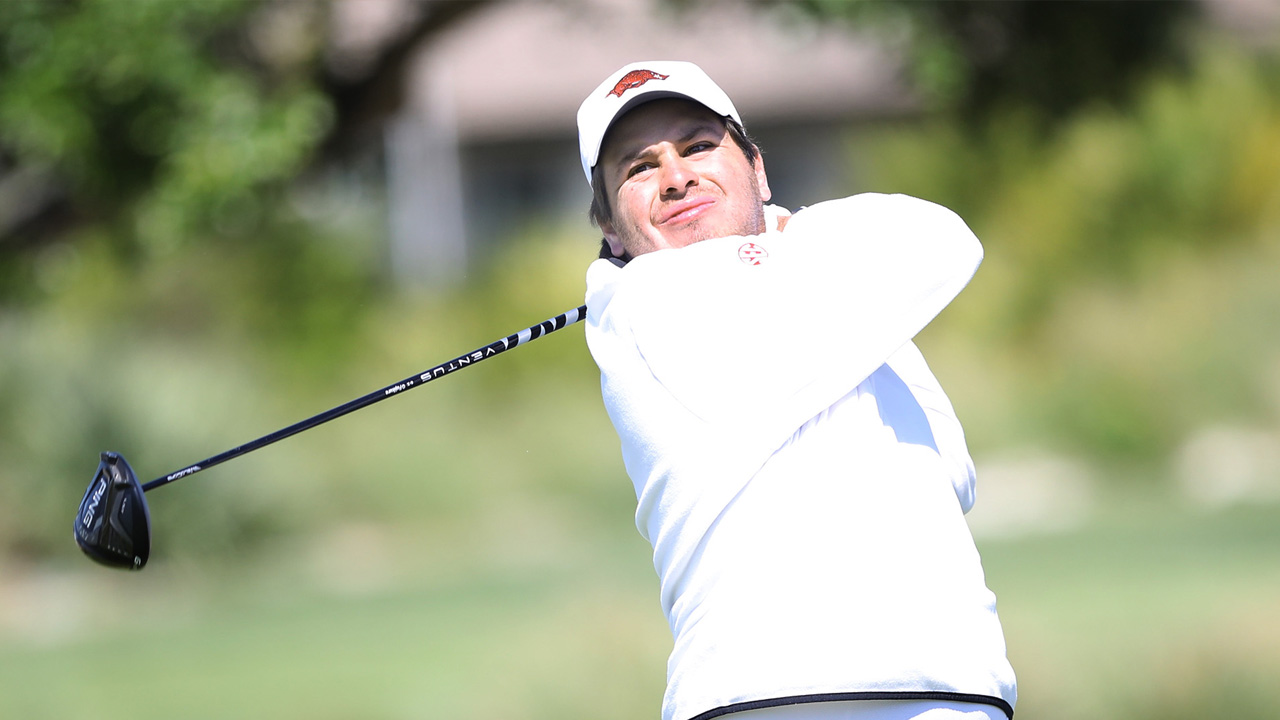 FAYETTEVILLE – Arkansas junior Julian Perico has been selected to play for Team International at the 2021 Arnold Palmer Cup, it was announced today by the Golf Coaches Association of America on GOLF Channel. The 25th annual event features the top collegiate golfers from around the world, is set for June 11-13 and will be played at Rich Harvest Farms (Sugar Grove, Ill.).

Perico will join fellow Razorback Brooke Matthews at the Palmer Cup. Matthews, who will represent Team USA, was one of the first three women and among the first six overall selected to participate on Mar. 3, 2021. The last time Arkansas had a male and a female participate in the same Arnold Palmer Cup was 2018 when Alvaro Ortiz (Mexico) and Maria Fassi (Mexico) played for Team International.

“This is something I’ve been working and striving for since I came to Arkansas,” Perico said. “I really can’t express what a huge honor for me and my country. I mean, to look at all the greats that have played in this event in the past, I am humbled to be mentioned with them. I know the Razorbacks have some work to do in the coming weeks with the NCAA postseason, but, for today, I am going to really enjoy this and celebrate with my family, coaches and teammates.”

Perico will be the fourth Razorback from the men’s program to play in the Arnold Palmer Cup, the first player from Peru and just the third player from South America.

This year will mark the fourth Arnold Palmer Cup to be held under the expanded format to include men’s and women’s USA collegiate golfers against their counterparts from around the world.

Perico is a two-time PING All-Central Region selection and was tabbed first team All-SEC last season. He is a two-time collegiate winner, setting the school record with a 197 as medalist at the Jerry Pate Intercollegiate as a freshman and posted the school’s second-best, 54-hole score of 199 as medalist at this year’s Vanderbilt Legends Collegiate. He was runner-up at the 2019 Carmel Cup, eighth at the 2019 SEC Championships (3-0 in match play to lead the Hogs to the title) and was sixth at the 2019 NCAA Regional to advance to the NCAA Championship.

He has led the Razorbacks in scoring in each of his three years at Arkansas, including a school-record 70.38 last season, 70.96 this season to rank third and 71.54 in 2081-19 which ranks 10th in school history and is a UA freshman record. With that, his career scoring average of 71.07 is currently a school record. Perico also holds the UA career record for eagles (17) and eagles in a season with eight this year. In 89 of his career rounds played with the Razorbacks, Perico’s score has counted 82 times.

Perico has represented his native Peru four times at the Latin America Amateur Championship with finishes of fourth, sixth, 13th and 25th. This past summer, he was tied for seventh after stroke play at the 2020 U.S. Amateur and he advanced to the Round of 32 in match play.

This is the second time the Palmer Cup has been played at Rich Harvest Farms with the other coming in 2015. The site also has hosted the 2017 NCAA Division I Men’s and Women’s Golf Championships when then Razorback freshman Mason Overstreet was the national runner-up.