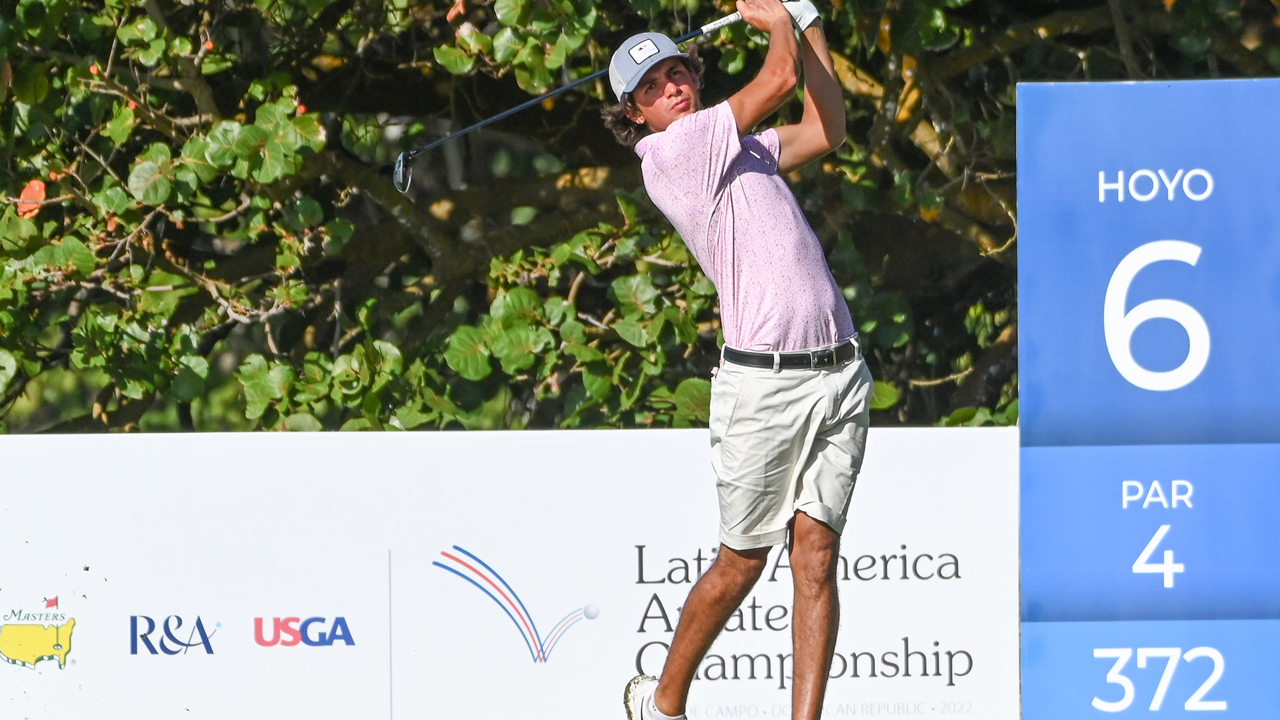 Julian Perico birdied five of his last eight holes to shoot a bogey-free, 6-under-par 66 and take the lead at the Latin America Amateur Championship, played at the par-72 Teeth of the Dog Course in Casa de Campo, Dominican Republic.

Perico, who carded a 3-under-par 69 in round one, set the LAAC 36-hole record for lowest score in relation to par at -9 (135). He leads Razorback teammate and round one leader Segundo Oliva Pinto by three strokes. Oliva Pinto posted an even-par 72 today after an opening-round 66 and had a two-day total of 138 (-6).

Fellow Razorbacks Mateo Fernandez de Oliveira and Juan Camilo Vesga are tied for eighth (-3 overall) and 14th (-1 overall), respectively. Arkansas sophomore Manuel Lozada, who missed the fall season due to injury and playing in his first LAAC, made the cut and is tied for 27th at +4.

Perico, playing his fifth LAAC with two top 6 finishes to his credit, was tied for sixth and three shots out after round one. On Friday, the Lima, Peru, native birdied his second hole before reeling off eight straight pars. Then he has birdies on four straight holes (11, 12, 13 and 14) to move into first. After three more pars, Perico set the LAAC 36-hole record with a birdie on the 590-yard, par-5 18th hole.

Oliva Pinto, the round one leader, had bogeys on three of his first four holes then settled in with six straight pars. Like Perico, Oliva Pinto caught fire with birdies on holes 11 and 12 as well as holes 14 and 15. He gave a shot back on 16 and finished with two pars for his round of 72.

Fernandez de Oliveira joined Oliva Pinto with a second-round 72. Fernandez de Oliveira, who started on hole 10, was even through four holes with a birdie on hole 12 and bogey on hole 13. He then got to 3-under for the round with birdies on holes 15, 18 and 3. However, the wind picked up late in the day and he had bogeys on three of his final six holes.

Vesga also battled his winds in the afternoon session, started round two on hole 10. The Colombian began the day with a birdie but gave that shot back with a birdie on hole 12. He fell to +1 with a bogey on hole 3 before carding back-to-back birdies. Bogeys on holes 7 and 8 moved the Razorback sophomore to +1 for the day and -1 for the Championship.

Lozada had 12 pars with three bogeys to open his round. He birdied the par-4, 6th hole but suffered a double on his final hole to stand at +4 through round two.

Round three of four is set for Saturday. In addition to internet streaming, ESPN2 will broadcast live from 10 am to Noon (CT). 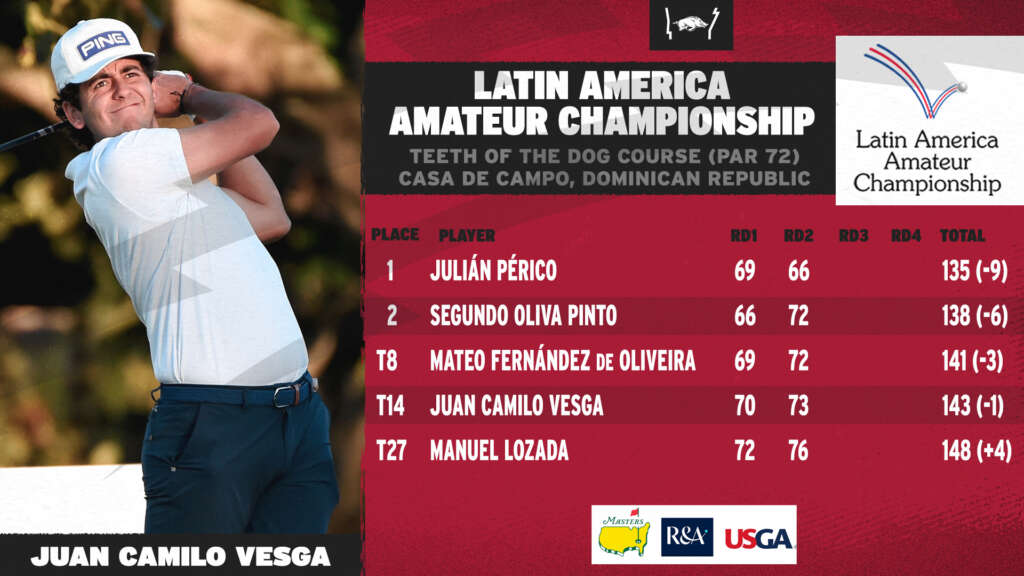