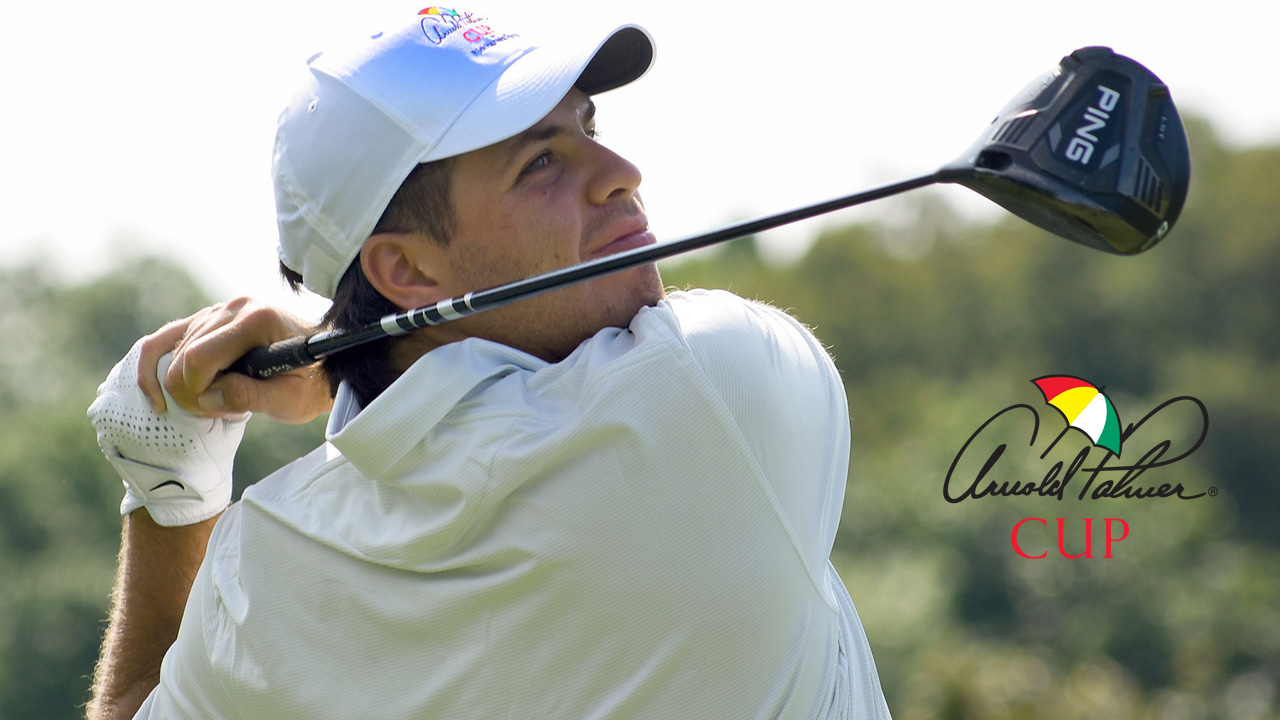 SUGAR GROVE, Ill. – Arkansas rising senior Julian Perico (Peru), playing for Team International, won the first four holes versus Vanderbilt’s William Moll (Team USA) and closed the match out with a birdie on the 15th hole for a 5&3 victory Sunday morning at the 2021 Arnold Palmer Cup at Rich Harvest Farms

The Arnold Palmer Cup is an annual Ryder Cup-style competition that features the top men’s and women’s collegiate golfers from around the world.

Playing in the sixth match of the final day, Perico and Moll started on hole 10. Perico opened with a par to win and then birdied the next three holes to race out to a 4-Up lead through four holes. Moll trimmed his deficit with a birdie on their sixth hole, the par-4, 15th hole. However, Perico closed the front nine with a 5-Up lead by winning the final two holes with a par and a birdie, respectively.

Perico and Moll tied their 10th hole before Moll won their 11th hole with a par. Perico regained a 5-Up lead with a winning par on their 12th hole. Moll answered with a birdie and the match was dormie with Perico up 4 with four holes to play. However, Perico closed the match with a birdie on their 15th hole for the 5&3 victory.