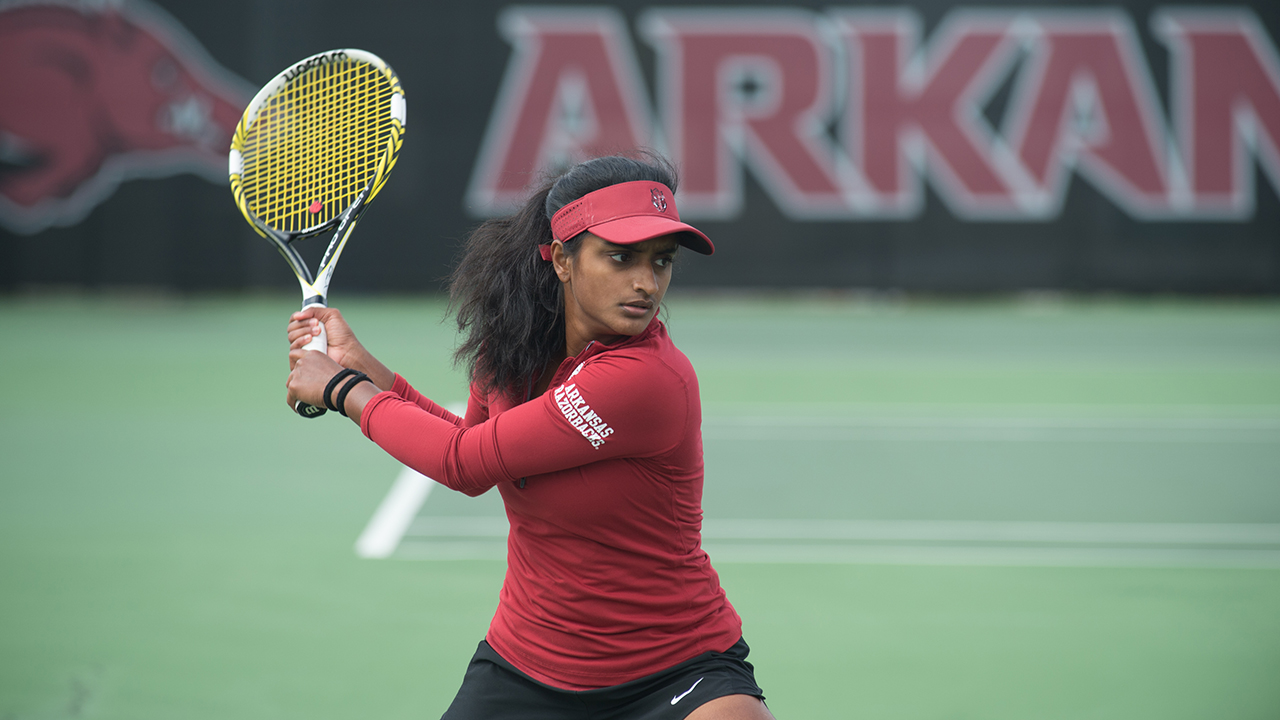 BIRMINGHAM, Ala.- Senior Shwetha Prabakar has been named to 2019 SEC Women’s Swimming and Diving Community Service team, announced by the league on Thursday.

The Austin, Texas, native has manned marathon refreshment and refill stations for several local races and spent countless hours as a classroom volunteer  Primrose Schools Four Points. Prabakar is part of the Friends with India, an on-campus organization that strives to bring awareness to the diverse culture of India in the University setting by hosting cultural events and monthly meetings, as well as bringing together the entire Indian community of the Northwest Arkansas region.