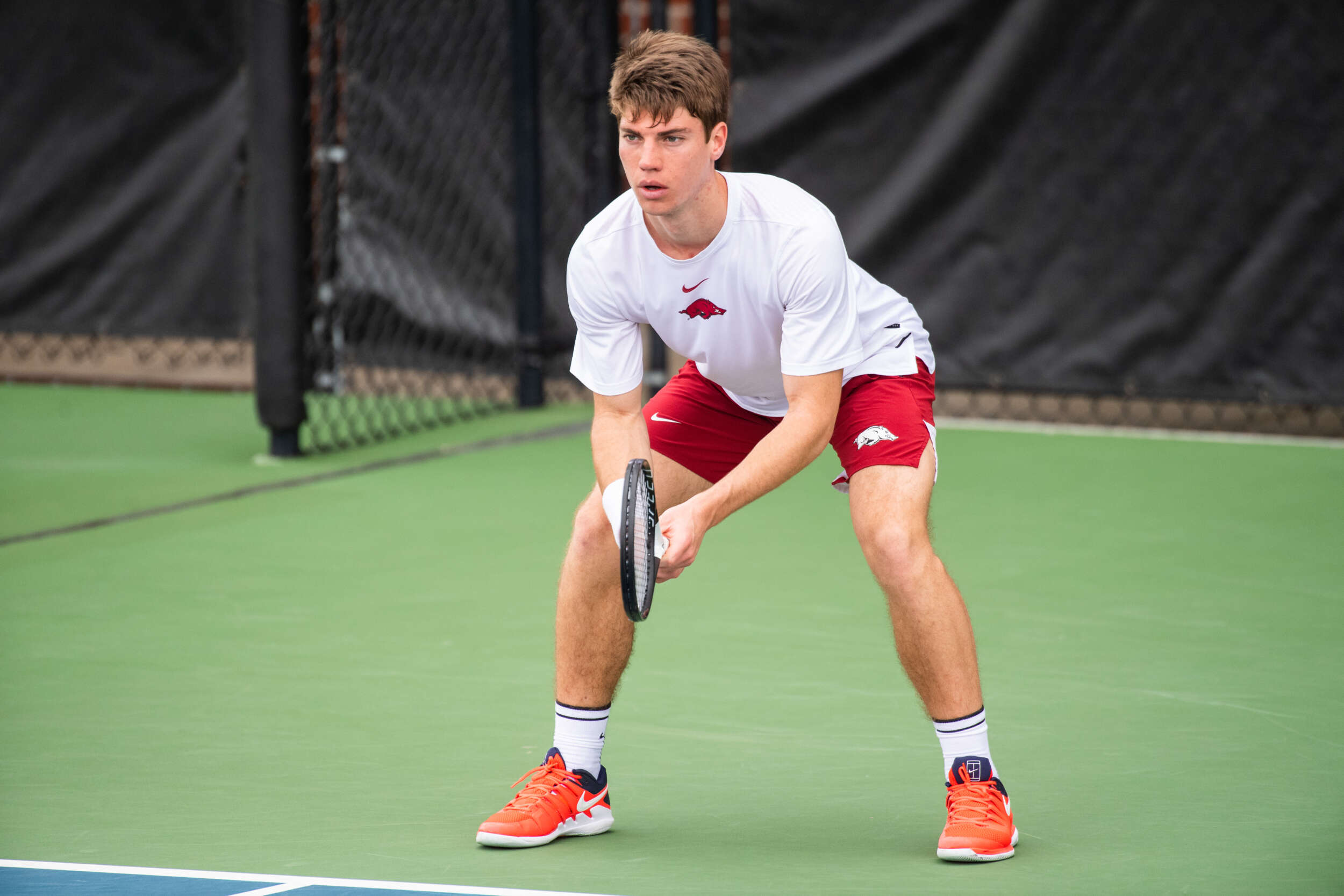 NASHVILLE, Tenn. – The Razorback men’s tennis team earned five wins in a matchup with host Vanderbilt on Friday afternoon at the Commodore Invitational. Arkansas got a win from the duo of Alex Reco and Nico Rousset in doubles play and then split the eight singles matches.

Reco defeated George Harwell in straight sets, 7-6, 7-6. Harwell played primarily at the No. 1 position last season for Vanderbilt and at one point held a 10-match win streak. After picking up a couple of wins at the LSU Tournament two weeks ago, Aleksa Bucan defeated Macsen Sisam, 6-3, 5-7, 1-0 ret., after the Commodore was forced to retire early in the deciding third set. Hunter Harrison and Josh Bortnick easily cast aside their opponents in straight-sets. Harrison went 6-1, 6-4 over Connor Robb-Wilcox while Bortnick downed Adam Sraberg, 6-4, 6-2.

In doubles action, Alex Reco and Nico Rousset picked up a hard-fought win for the Razorbacks, beating the pairing of George Harwell and Adam Sraberg, 8-7 (3).

“Nice day for us today winning four singles and a doubles against an SEC team like Vandy on their home courts”, head coach Andy Jackson said. “Alex Reco played quality matches both in singles and doubles. We are playing Kentucky tomorrow. They are expecting a top-10 season this year, so we are looking forward to the challenge.”

Arkansas will face the Wildcats tomorrow with first serve in Nashville set for 2 p.m. CT. The Razorbacks finish off the Commodore Invitational with a match against Auburn at 9 a.m. CT on Sunday, Oct. 18.