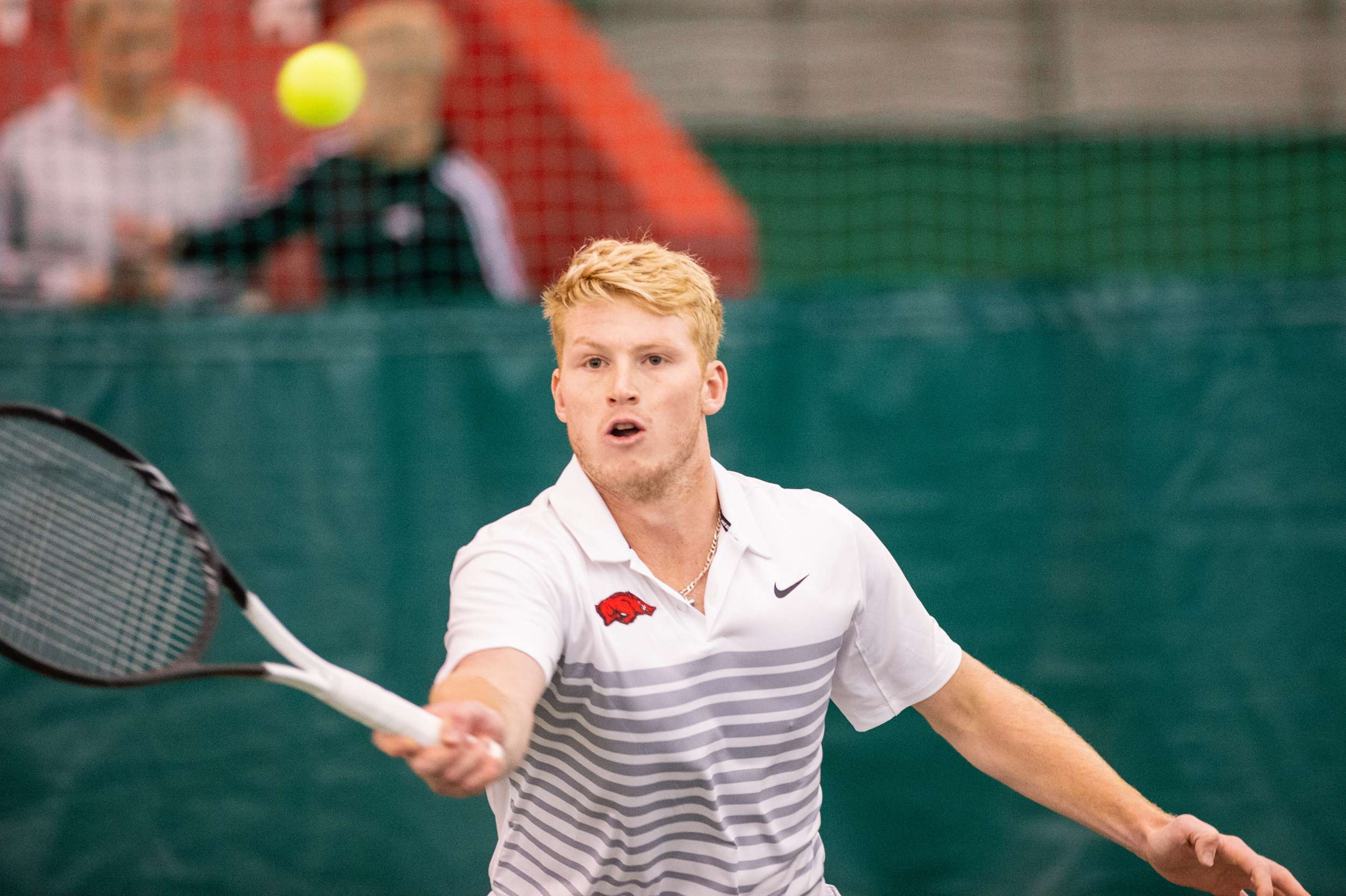 TULSA, Okla. – Razorback Tennis wrapped up play at the ITA All-American Championships at the Michael D. Case Tennis Center this week. Action from the main draw will continue through Sunday.

In single’s play, newcomer Nico Rousset made his way to the qualifying draw, but eventually fell to Juan Pablo Mazzuchi of Central Florida in three sets, 6-1, 5-7, 7-5, in the first round.

Josh Howard-Tripp and Enrique Paya picked up straight set wins in the first round of the pre-qualifying draw. Howard-Tripp downed Sebastian Rios of Ole Miss, 6-3, 7-5, while Paya defeated Vincent Rettke 6-3, 6-4.

Corey Clarke also advanced out of the first round, beating Abilene Christian’s Riley Tran, 6-7 (1), 6-4, 7-5. Jose Dominguez Alonso joined him in the second round as he took the first and final sets in his match against Brandon Freestone of Georgia Tech, 6-2, 2-6, 6-0.

The doubles pair of Josh Howard-Tripp and Hunter Harrison moved on to the second round of the pre-qualifying draw after downing the Pallares-Sydow team from Memphis in three sets, 6-3, 3-6, 1-0 (3).

The Razorbacks will be back in Fayetteville for the Legacy Bank NWA Tennis Series at the Billingsley Center. The series will kick off on Sunday, Oct. 20.