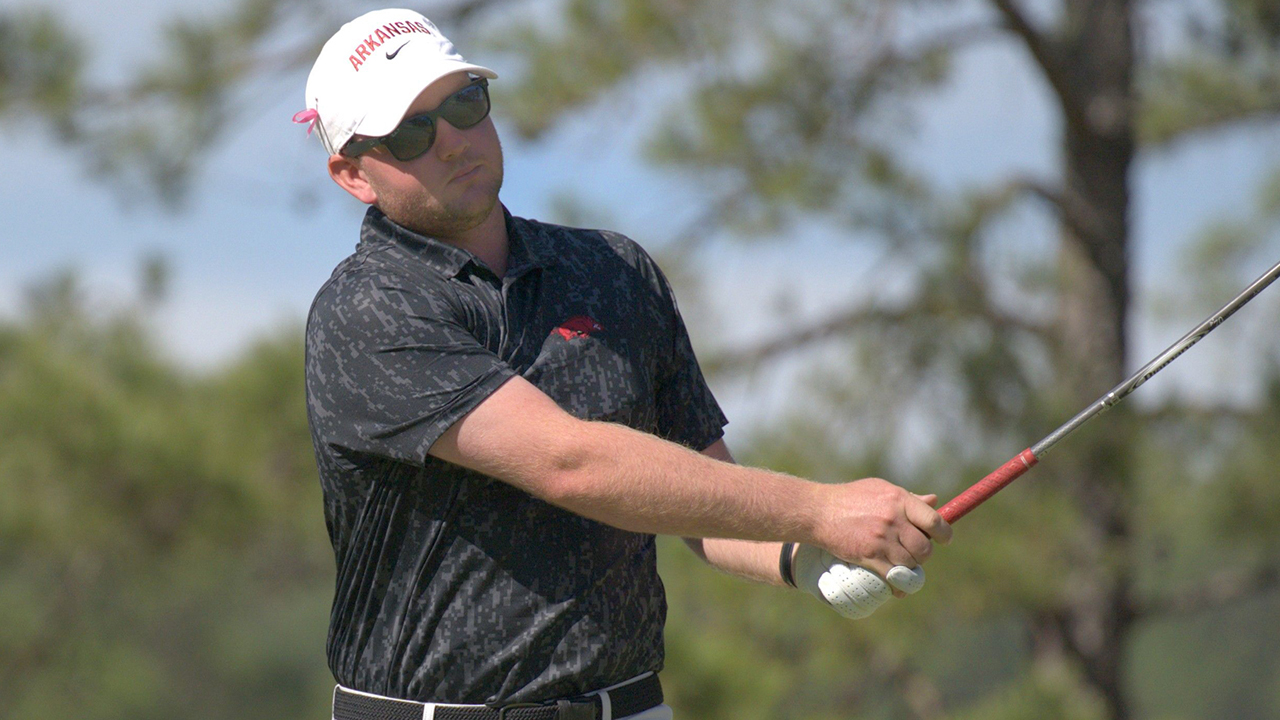 TUCSON, Ariz. – The #5 Arkansas men’s golf team was sixth at -3 after 18 holes before tying for the low round in round two (278) and posted the low round for the final round (273) to finish third with a 29-under-par score of 835 at the Arizona Intercollegiate.

The two-day, 54-hole event started Monday and only 30 holes were played before the round was suspended due to darkness. The Hogs climbed to third before the stoppage and were tied for second late into the final round Tuesday before New Mexico pulled away to finish in solo second, one shot off the lead.

The event was the spring season opener and saw the Razorbacks post some of the best scores in school history.

Long opened Tuesday with two birdies to finish his second round and began round three with a birdie. He suffered a bogey on his second hole of the final round and had a par on hole three. From there, Long played bogey-free with an eagle on 5, birdie on 6, birdie on 10 and birdies on holes 13, 14 and 15. He completed the event with four pars to tie for sixth with a 7-under score of 207 (75-67-65).

Fernandez de Oliveira – coming off a South America Amateur win two weeks ago and a runner-up finish at the Latin America Amateur last week – was the only Razorback to shoot under par for all three rounds (70-71-68=209). He opened the final round with a bogey before carding five birdies and 12 pars to climb eight spots and tie for 10th.

Arkansas will take almost a month off before returning to action. The Razorbacks will travel to South Walton Beach, Fla., to play in Florida State’s Camp Creek Invitational Feb. 20-22. 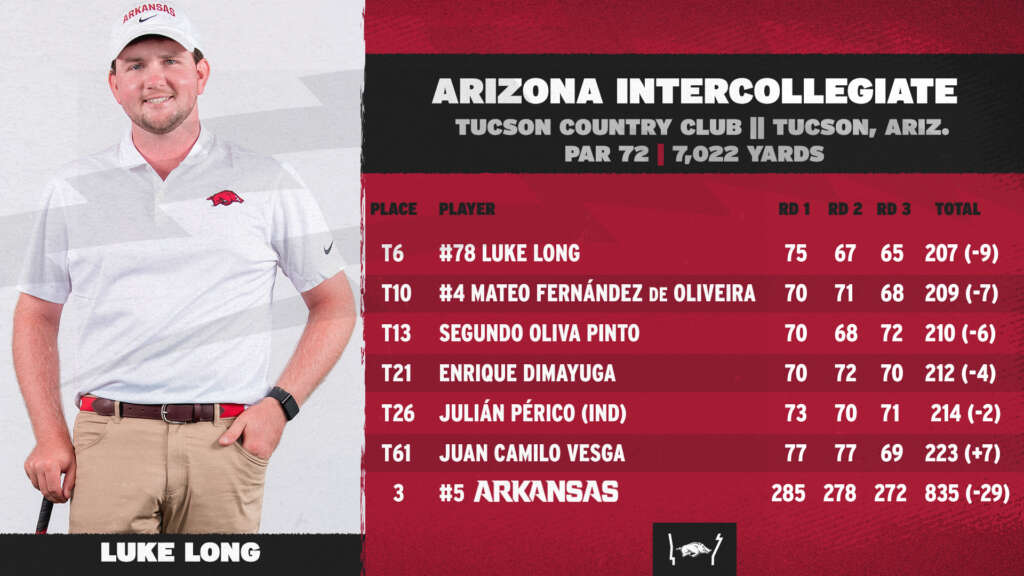