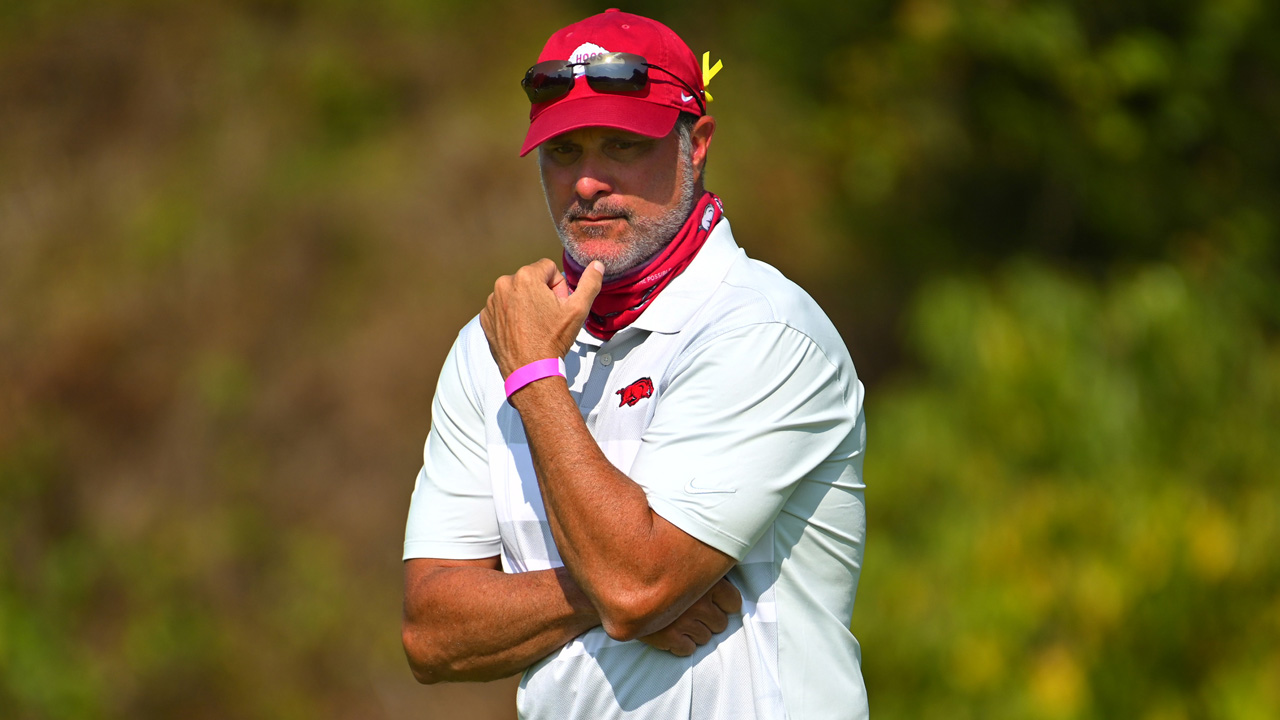 Daly, son of two-time PGA major champion and former Razorback John Daly, is one of the top 40 juniors in the nation and was named Rolex Junior All-American. Griggs has qualified for three USGA Amateur Championship events and has over 50 wins as a junior golfer.

Brad McMakin, Arkansas head coach
“Both John and Matthew are players that have tremendous talent. They also have the explosive speed needed to play in the SEC. I am very grateful to have both players join the Razorback golf family.

“John has tremendous talent, and his game has developed to become one of the top junior golfers over the last year. We are excited that he will not only continue his dad’s legacy here at Arkansas, but we look forward to him establishing one of his own. He’s got Razorback in his blood and the game to follow in his dad’s footsteps.

“Matthew has accomplished so much as a junior player, winning at all levels. His game will transition immediately to the college level and will make an immediate impact on our program.”

Named 2020 Rolex Junior All-American and is 38th on the Rolex American Junior Golf Association rankings … Additionally, the AJGA has him as the third-ranked junior in the state of Florida … May of 2020, finished runner-up in the Dye Junior Golf Invitational, played at Crooked Stick in Carmel, Ind. – the site of his father’s 1991 PGA Championship win … The event featured 33 of the top high school boys players in the country.

Highlights this season on the AJGA:

Son of John Daly – a Razorback golfer from 1984-87 and two-time major champion, including the 1991 PGA Championship and 1995 Open Championship … The two have played in three PNC Father/Son Challenges, finishing runner-up in 2018 and tying for ninth in 2016 and 2017.