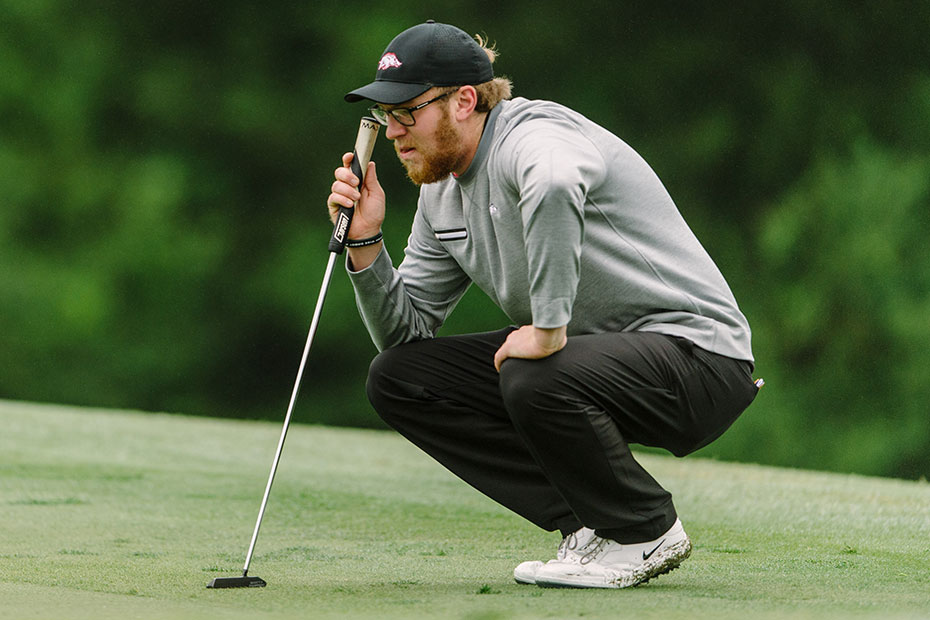 FAYETTEVILLE – The Arkansas men’s golf team travels to Minnesota for a pair of events Sept. 8-9. The team will play in the annual Gopher Invitational at Windsong Farm Golf Club while two individuals will compete in the Pioneer Creek Collegiate, played at the nearby Pioneer Creek Golf Course.

The Gopher Invitational will consist of 36 holes Sunday (Sept. 8) and 18 on Monday at Windsong Farm Golf Club (par 71, 7,368 yards).
This is the 10th time Arkansas has played in the Gopher Invitational since 2010. The Razorbacks have won the event twice (2011 and 2017) and have a total of six top-3 finishes. Also, Arkansas senior William Buhl is the defending medalist.

Freshmen Mauricio Figueroa and William McDonald will compete in the Pioneer Creek Collegiate as individuals.

NOTES:
– William Buhl was medalist last year, shooting a 7-under-par 206. Buhl opened with rounds of 69-67 and fired a then-record 15 birdies.
– Mason Overstreet also carded a 7-under-par 206 in 2017 as he tied finished runner-up.
– Julian Perico was fourth in last year’s Gopher Invitational posting a 68 in the opening round and 67 in the final round.
– As a freshman, Luis Garza played the Gopher Invitational – his second career collegiate event – and finished second with a 3-under-par 213 (74-69-70).
– William McDonald will be making his collegiate debut.